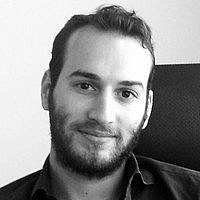 The Blogs
Uriel Bollag
Apply for a Blog
Advertisement
Please note that the posts on The Blogs are contributed by third parties. The opinions, facts and any media content in them are presented solely by the authors, and neither The Times of Israel nor its partners assume any responsibility for them. Please contact us in case of abuse. In case of abuse,
Report this post.

That’s it. The fat lady has sung and after months of political and media fireworks, the American people finally had their say. And, against all odds, they chose Donald Trump! Whether you are celebrating this fact or you are devastated by it, I think everyone can agree that there is a general sense of relief that this election cycle has reached its end.

Yet, questions remain and above all, Democrats contemplate what went wrong and how they could lose an election that was supposedly over months ago. Supported by weekly media polls that underlined their comfortable lead, the premature mocking of Trump’s failure started well before election day. But there is a bigger truth here and it is a hard one for the political establishment and mainstream media. Donald Trump was always ahead. Polls should reflect the reality on the ground, so either Donald Trump magically swayed thousands of voters the night before the election or the polls were wrong all along. I’m more convinced of the latter.

It’s not the first time in recent electoral history that the media and their well-touted polls miserably fail at predicting the outcome. The similarities speak volumes. The recent Brexit vote, the British election a year before that or even our own Israeli elections in 2015 could have served as a premonition for what was about to unfold.

Uncompromising campaigns were fought on an almost surreal battlefield, with an abyss where the middle ground should have been. Tensions rose exponentially and superlatives dominated headlines. Polls were reported on an almost daily basis for months before the actual vote, but virtually all of them were wrong. During all these campaigns the media predicted a left leaning mandate and was subsequently punished with a right leaning result. It would be unreasonable to assume that so many parallels at completely different ballot casting occasions amount to pure chance. Hence there must be pattern. And patterns have meaning.

The meaning of it is simple and straightforward. The media is not the people and the people are not the media. Ironic, if you think about the role of media. But many astute individuals have long recognized that the aim of today’s mainstream media is not the spread of real information anymore. Level-headed debate or the rational discussion of party platforms are (almost) nowhere to be found in our news outlets. Once upon a time, the media represented a sacred profession. A noble and powerful messenger of the collective. Yet those interests wane when the element of money enters the fold. Today, all big media stations can be traced back to a single or handful of powerful individuals dictating the agenda. Real information is replaced with biased instruction, in-depth analysis with scripted narratives. The public’s faithful supervisor of the establishment has become a member of it instead.

The people might, or might not share the media’s propagated values and ideas, but they certainly seem to know more about the reality on the ground than those informing them of it. The media resorts to cheap association techniques and sensational discourse to sway the public and prays to (the non-existing) G’d that if the lie is constantly repeated, it will eventually turn into truth. Read the papers the morning after and you will see that it’s a sobering experience when it turns out that it didn’t. Aren’t EU officials glad they didn’t build themselves a democracy.

Winds are changing. There is a strong anti-establishment sentiment rising to the surface. A deteriorating disparity of the realms in which political media and factual reality operate, translates into divisive and ignorant campaigns that climax in dramatic and shocking endings. Democracy is alive and kicking. The above-mentioned examples are proof of this and no matter what your political beliefs are, that is a noteworthy development. The media outlets would do well to adjust their sails and internalize the lessons from these past, traumatic experiences. And if they do, they will acknowledge the simple and instant remedy: listen more to your people and less to your financiers!

About the Author
Uriel Bollag is an uncategorized Jew, who was born and raised in Switzerland and now lives in sunny Tel Aviv. He is an unconditional adherent of constructive critical thinking and believes the world is a dynamic place in which there is no room for stagnancy.
Related Topics
Related Posts
Comments