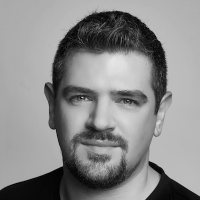 The Blogs
Ian G. Haworth
Conservative Political Commentator
Apply for a Blog
Advertisement
Please note that the posts on The Blogs are contributed by third parties. The opinions, facts and any media content in them are presented solely by the authors, and neither The Times of Israel nor its partners assume any responsibility for them. Please contact us in case of abuse. In case of abuse,
Report this post. 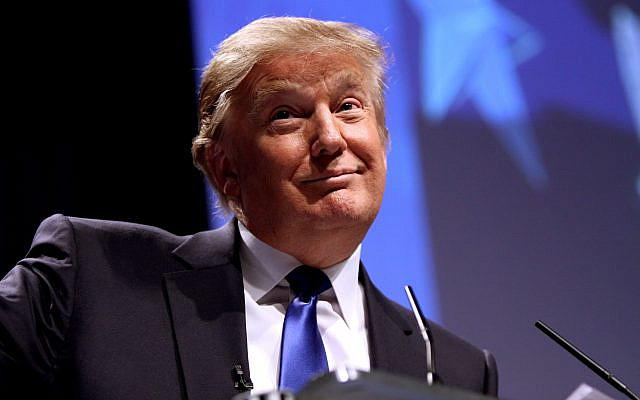 On Friday afternoon, President Donald Trump invoked the Defense Production Act and subsequently ordered General Motors to make ventilators for coronavirus patients. Enacted on September 8th 1950 in response to the Korean War, this defense order gives the federal government more control over industry and production. Specifically, the “priorities and allocations” section allows “the President to require corporations to accept and prioritize contracts for services and materials deemed necessary to aid US national defense.”

This action by President Trump, and the silence of many of his supporters, highlights the growing threat to true American conservatism represented by Trump’s brand of populism. Even during conflict, the Defense Production Act is an act of blatant and intentional authoritarianism. In basic terms, a government who forces its citizens to provide any product or service against their will is embracing the nature of tyranny. While Donald Trump sees himself as a “wartime President,” the United States is not at war. The challenges we face are great, but they do not justify the destruction of our fundamental American values.

Some will scoff at the suggestion that Donald Trump has chosen to wield the enormous power of the United States federal government to engage in nationalization. There’s a huge difference between nationalization and what Trump is doing, they will no doubt say. However, in practice, that’s simply not the case. “Nationalization” is when the government seizes control or ownership of entities such as property or companies. To argue that Donald Trump hasn’t effectively nationalized GM by forcing them to provide products and services without their complete consent is an act of intentional denial.

Others will argue that GM deserves such treatment, and will echo President Trump’s various statements regarding the automobile company.

As usual with “this” General Motors, things just never seem to work out. They said they were going to give us 40,000 much needed Ventilators, “very quickly”. Now they are saying it will only be 6000, in late April, and they want top dollar. Always a mess with Mary B. Invoke “P”.

Whether or not General Motors were dragging their feet during contract negotiations is irrelevant. Trump supporters who worship at the altar of free market capitalism must also agree to live by its rules. If a company is failing to provide you with the product or service you desire, or adhere to the terms you request, then you are free to take your business elsewhere. It doesn’t matter whether we are talking about the production of ventilators in our battle against coronavirus, or party balloons to celebrate a birthday. If conservative principles are correct, then they are correct during good times and bad.

What about the assertion that such action is necessary to “save lives?” This logic makes those who apply it indistinguishable from the radical Leftists whose ideology they claim to abhor. The most appalling policies imaginable could be enacted using this rubric. The Second Amendment could be destroyed overnight, bad diets could be made illegal, and all forms of travel could be banned. If we willingly and recklessly disregard such fundamental principles – principles based on our unalienable rights given to us by God – then they are no longer fundamental.

Finally, the populist element of Trump’s base will celebrate a “greedy” corporation such as GM being taken down a peg. They took “our” money when they were bailed out by the government. They “owe” us. Now, there is some logic to this argument. However, scratch beneath the surface and we uncover an argument based purely on revenge. We all know the idiom “two wrongs do not make a right.” The fact that the “Auto Industry Bailout” was wrong does not give the government retroactive ownership of the auto industry. Those calling for the financial blood of GM and others in “payment” of this debt should notice that their rhetoric is eerily similar to that of Bernie Sanders and Alexandria Ocasio-Cortez.

We face undoubtedly challenging times, and we are far from the end of this saga. However, the stunning nature of the United States and its founding principles will be its salvation. Like every challenge we have faced before, we will emerge victorious through innovation, grit, and most importantly, an eternal respect for what makes the United States unique – an unerring respect for freedom and liberty.

Freedom and liberty which, today, Donald Trump is trading for ventilators. What will he trade it for tomorrow?

About the Author
Ian is a political commentator, writer, and host of the daily podcast "The Ian Haworth Show." Originally from the United Kingdom, he now lives and works in the California Bay Area. He is a columnist for Townhall.com, a regular contributor for Ben Shapiro's website "The Daily Wire," as well as "The Federalist."
Related Topics
Related Posts
Ian G. Haworth
Comments