Have you heard? There’s chaos at our southern border. Last month, the president declared a national emergency in order to secure funding for a border wall. Almost instantaneously, 16 states sued the president to block this action, as the president himself predicted they would.  Recently, the House of Representatives passed a resolution to block the president’s declaration, with 13 Republicans joining the coalition. The resolution is expected to be taken up by the Senate in the next few weeks.

The president’s proclamation claims that “recent years have seen sharp increases in the number of family units” entering the United States. The president claims that the “southern border is a major entry point for criminals, gang members, and illicit narcotics.”  The proclamation empowers the Secretary of Defense, Army, Navy and Air Force to “support the Federal Government’s response to the emergency at the southern border.”

I want to be clear – there is no doubt that there are individuals who, indeed, come across our border undetected, without inspection, often with the help of smugglers who make a living ferrying people over the border who bring drugs to America.  And that should not be tolerated.  The point I want to make in this piece is that this represents a small percentage of unlawful entrants, and an even smaller percentage of narcotics.  Customs and Border Protection data shows that, in fact, unlawful entries are at near 45-year lows.  The small numbers do not justify an expenditure on a wall, as opposed to other methods that would be more effective.

In fact, there are many tools at our disposal that have proven quite effective in apprehending individuals who have no business being in the United States.  I have represented individuals whose presence here was problematic, and I can tell you that the government located these individuals and brought them to court with judicious precision.  They were not caught by a wall.  They were caught by a vast dragnet of biometric databases that our law enforcement agencies maintain, which are ever-vigilant, never tire, and never falter.  These troves of photographs, fingerprints, and documents that our government maintains on those who cross our border, or who come into contact with our several criminal justice systems, are the most important tools to identify, apprehend and remove problematic foreign nationals.  And they work to stop all illegal immigration, not just those from Mexico or Central America.

For example, many Europeans are permitted to enter the United States without a visa, through the visa waiver program.  Individuals in Europe who are not eligible for the visa waiver program often purchase a passport that permits them to enter through this program, with little scrutiny at the border often then disappearing.  Those who enter on their legitimate passports can also overstay.  They are often caught when they subsequently apply for another visa, green card, or other benefit and their fingerprints do not match those of the passport they used to enter.  Some obtain visas by making false claims on their applications, and perjure themselves years later when they make a green card application.  These individuals are caught by well-trained, motivated officers, using technology, databases, and good old-fashioned record keeping.  We should look at all illegal immigration, because if we only focus on our Southern neighbors, we risk appearing to favor some nationalities over others.

But didn’t a wall work to stave off terrorism in Israel? America’s challenges are fundamentally different from Israel’s.  Although people still do cross our southern border undetected, the journey through the desert is incredibly perilous.  Unmarked graves dot the southern border, omens that portend the dangers awaiting those who try to cross.  Unlike the State of Israel our neighbors are thankfully not lobbing bombs over the Mexican border.  The caravans do not sneak in, they present themselves lawfully at the border and file for asylum as news cameras roll.  With respect to smuggling narcotics, the fact remains that most drugs are not lugged across the open desert, nor are they hauled over the mountains.  Contraband is shipped through legitimate channels of entry into the United States, through our airports, border checkpoints and ports, and pass undetected.

Funding for the wall, according to the emergency declaration, will come from funds redirected from other programs such as drug interdiction, military construction and law enforcement initiatives, which currently function to stop narcotics and unlawful immigration.  Taking funds away from those worthy programs would hurt those goals.  Also, enlisting our military men and women for photo ops at the border is problematic and distasteful.

From a legal standpoint, the president’s position is precarious.  Data from his own agencies indicates that no emergency exists, and that unlawful border crossings are down.  There’s also the fact that immigrants, legal or illegal, commit crimes at a far lower rates than native-born Americans.  The homicide rate for immigrants is 44 percent less than for native-born Americans according to the Cato institute, not a liberal institution by any means (https://www.cato.org/blog/murder-mollie-tibbetts-illegal-immigrant-crime-facts).

The president has waded into perilous constitutional waters with his declaration.  Our constitution divides powers among our three branches of government largely as follows: the legislative branch enacts laws, the executive branch enforces those laws, and the judicial branch ensures that the enactment and enforcement of those laws comports with our constitution.  There is a very thin line between when a president enforces an existing law, and when a president impermissibly creates new immigration laws that Congress did not enact.

The difference here is that Congress has specifically addressed the border wall issue, and has spoken clearly: we will give you some fencing, but no wall.  Even with a sympathetic Supreme Court, the president is not likely to prevail.  The downfall of his proclamation may very well be the fact that the president himself acknowledged publicly that he declared an emergency because Congress did not appropriate funds for a wall as he had requested, and not because there is an actual emergency.  If the Senate goes a step further and adopts the resolution forbidding the president’s wall, and the president vetoes that bill, we will truly have a direct conflict between two branches of our government, and a formidable test of our country’s republican form of government.

I agree with our president that we have a national interest, and  duty, to protect our borders.  One person who surreptitiously crosses our border is too many, and as a former federal prosecutor, I believe strongly in enforcing our immigration laws and slamming the door shut on those who wish to do us harm.  However, as I state in my recently published book, “Safe Haven in America: Battles to Open the Golden Door” I believe we must keep America’s golden door hinged open to entrepreneurs, to family reunification, and we should show humanity to those who come to our shores in dire need of protection.  Our children are watching, and before we build that wall, we should take a moment to consider whether it will truly make us safer. 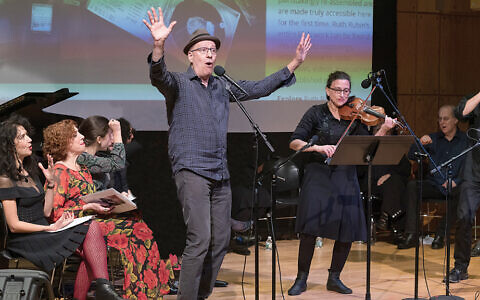 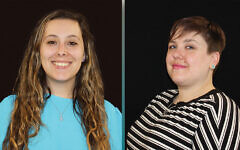 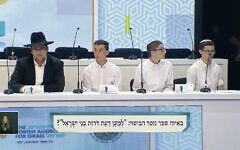 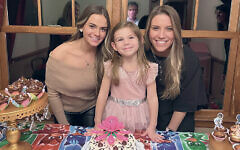 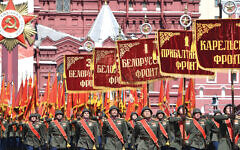 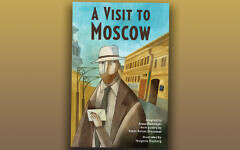