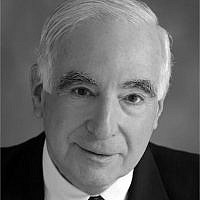 The Blogs
Martin Weiner
Apply for a Blog
Please note that the posts on The Blogs are contributed by third parties. The opinions, facts and any media content in them are presented solely by the authors, and neither The Times of Israel nor its partners assume any responsibility for them. Please contact us in case of abuse. In case of abuse,
Report this post.

But wait, there’s more. Jewish voters have yet another reason to vote for Donald Trump: They can cast a ballot for the only American President to welcome the support of fanatics who espouse a ritual murder conspiracy theory.

We’ve seen this before.

In Medieval Europe, Jews were often the victims of vicious false charges that came to be known as the Blood Libel or Ritual Murder. Jewish communities were accused of kidnapping Christian children and killing them to use their blood for baking matzah. Of course, the accusations were ridiculous but they persisted down through the centuries.

Here are some of the more infamous cases.

1882 — In the Hungarian Village of Tisza-Eszlar the disappearance of a local girl revived the Ritual Murder charges. For a year and a half, a group of Jewish villagers were imprisoned and tortured. Eventually, they were released for lack of evidence.

1911 — The case of Mendel Beilis, the Jewish manager of a brickyard in Kiev, became an international cause. He was arrested and charged with the ritual murder of a young boy. Witnesses were bribed. Beilis maintained his innocence, even under torture. More than two years after his arrest he was acquitted.

1928 — Even America was not immune to this madness. In the village of Massena, New York, two days before Yom Kippur, a four-year-old girl wandered into the woods and did not come home. After a long search by townspeople and the State Police, a rumor began to circulate that the girl had been kidnapped and killed by the town’s Jews for a ritual. The child was found later in the afternoon unharmed. Nevertheless, townspeople, incited by the rantings of the Ku Klux Klan, still believed that the child had been kidnapped by the Jews.

These historical incidents might seem frightening and ridiculous to us. Tragic bigotry like this could never happen in the year 2020. Or could it?

Many of us have heard about QAnon. We have seen thousands of their supporters wearing their “Q” t-shirts and waving “Q” signs especially at rallies for President Trump.

What is QAnon? According to the New York Times, QAnon is the umbrella term for a sprawling set of internet conspiracy theories that allege, falsely, that the world is run by a cabal of Satan-worshiping pedophiles who are plotting against Mr. Trump while operating a global child sex-trafficking ring. QAnon followers believe that this clique includes top Democrats including Hillary Clinton, Barack Obama, and George Soros as well as a number of entertainers and Hollywood celebrities…Many of them also believe that, in addition to molesting children, members of this group kill and eat their victims in order to extract a life-extending chemical from their blood.”

Note the connections between QAnon and the classic ritual murder charges. The group believes that a cabal of Satan worshipping pedophiles molests and kills children in order to eat their victims and use their blood. Note, also, that one of the leaders of the “evildoers” is George Soros, a wealthy Jewish philanthropist, who is the epitome of evil for the Far Right in America and around the world.

The response of the President of the United States is most frightening. Asked about QAnon during a briefing on August 19, 2020, President Trump responded, “I don’t know much about the movement other than I understand they like me very much, which I appreciate.” In the October 15th Town Hall, the President continued his refusal to denounce the conspiracy.

Mr. Trump also praised a QAnon candidate for Congress in Georgia as a “future rising star” in the Republican Party. The QAnon madness has infected hundreds of thousands throughout the world. The historic and imminent threat posed by a leadership that affirms these extreme views is clear.

What will the future hold? Some of us recall the lessons of history.

About the Author
Martin S. Weiner is the Rabbi Emeritus of Congregation Sherith Israel of San Francisco. He is a Past-President of the Central Conference of American Rabbis, the professional rabbinic association of Reform Judaism.
Related Topics
Related Posts
Comments 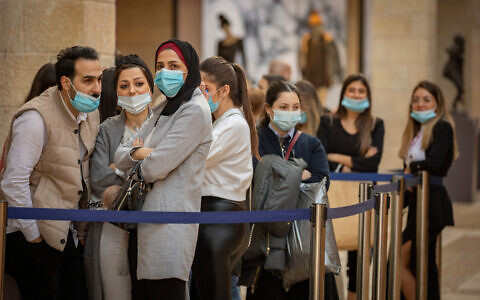 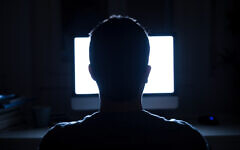 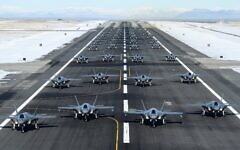 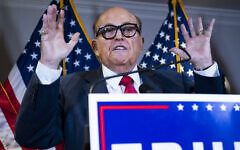 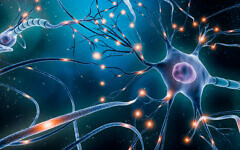