Vladimir Putin played a decisive role in putting Donald Trump into the White House and now it is up to Mitch McConnell to keep him there.  Moscow Mitch is serving triple duty driving the Troika through what could be a rough winter. While continuing jamming Trump’s agenda through the Senate, he will be protecting Russia from investigation and sanctions for meddling in the election and preventing Trump’s conviction in his impeachment trial.

One of the achievements he takes greatest pride is putting Trump’s ultra-conservative court nominees into lifetime seats on the federal bench.

Mitch drools with excitement at every news report of Justice Ruth Bader Ginsburg’s health problems. And Democrats, liberals and Jews have palpitations every time the Notorious RBG, who has had two bouts with cancer, has a health scare.

Each RBG alarm reminds us of the Senate majority leader’s repugnant handling of President Barack Obama’s 2016 nomination of Judge Merrick Garland to the Supreme Court and McConnel’s refusal even to permit a single hearing, much less a vote on his candidacy.

His excuse was that it was within a year of the election and filling the vacancy left by the death of Antonin Scalia should be await the election results.  It was a clear violation of the constitution and a partisan abuse of power but the Kentucky Republican, who had vowed to make Obama’s presidency a failure, had the votes.

McConnell’s animus toward Obama seemed to color a lot of his actions.  In a discussion of reparations for slavery, he said African Americans didn’t need it because they got a black president.  I suppose that means if we elect a Jewish president the Holocaust can be forgotten.

McConnell left no doubt that blocking Garland was a purely partisan ploy when he recently said that if another vacancy occurs in the next 11 months, he would use all his power to ram through anyone Trump nominates.  That’s scary because we’ve seen the kind of people Trump picks for seats on federal benches at all levels.

More than 20 Trump judicial nominees plus his choice for deputy attorney general have refused to affirm Brown v. Board of Education, the landmark Supreme Court decision desegregating public schools, NPR has reported. Apparently in white supremacist Trumpland segregation is still an option.  Several have been declared unfit by the American Bar Association.

Using his majority to change Senate rules, McConnell sees filling vacancies on courts, federal agencies and other posts as his highest priority.  He boasts “we are in the personnel business,” primarily populating the courts with archconservatives of questionable qualifications.

As much damage as Trump is doing to the nation today, his most lasting harm will be the generation of judges who will still have their jobs long after we’ve tried to forget him.

His facilitator is McConnell, who Sen. Tina Smith (D-Minnesota), called “a big fat waste.”  He “has transformed the Senate into little more than the Trump administration’s personnel office, the place where good ideas go to die.”

McConnell would probably consider that a compliment.  He takes great pride in calling himself “the grim reaper of Democratic legislation.”

Trump trumpets charges of a “do-nothing Congress” preoccupied with impeachment instead of legislation.  He knows better, but it works for him.

Trump refuses to work with the Democrats, preferring instead to complain and accuse them of being fixated on impeachment.

The truth – an alien concept for this president – is that the Democratic-controlled House has actually passed more than 400 bills, most on bipartisan votes, only to see them die in McConnell’s Senate graveyard.  Only 70 bills have been signed into law this year, according to Vox.com, a fraction of recent years, and 10 of those were for renaming public buildings.

Even senior Republicans like Finance Committee Chairman Sen. Chuck Grassley complain that McConnell is blocking his bill on prescription drug pricing; he also refuses to bring up a House version, reportedly under pressure from big pharma.  Trump blames Democrats for lack of action but he appears unwilling to push McConnell to bring up any version, happy just to say his failure to deliver is all Speaker Nancy Pelosi’s fault.

Despite the mountain of evidence of Russian election meddling in 2016 and continuing today, McConnell has blocked election security legislation. He called the reform measures a partisan ploy by Democrats and should be left to the states. He also undercut Obama’s effort to win bipartisan condemnation of Russian meddling in 2016.  Such actions have earned him the well-deserved sobriquet “Moscow Mitch.”

He and Trump both are more interested in discrediting accurate reports of Russian interference than in dealing with the problem. It’s no secret Trump fears Russian exposure would delegitimize his election.

How does Trump know Russia didn’t interfere in his election, but Ukraine did?  Putin told him so.  That may explain why Trump destroyed the interpreter’s notes from his one-on-one meeting with the Russian leader in Helsinki.

McConnell is Trump’s insurance policy.  Without the majority leader running interference in the Senate, protecting Putin, blocking Democratic legislation, pushing nominations, preventing free and fair elections and controlling the impeachment trial, Trump would have to leave town and find another business to bankrupt. 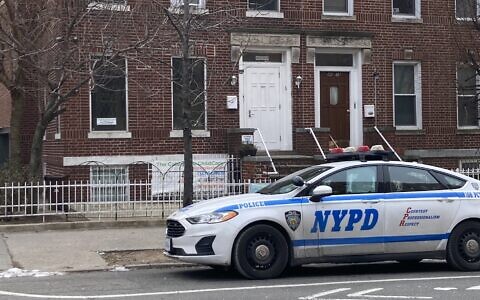 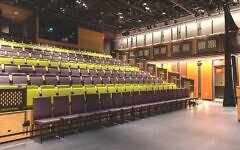 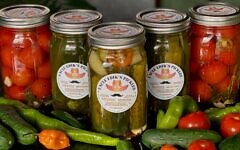 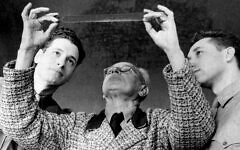 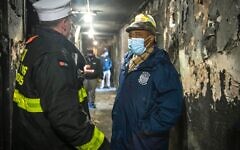