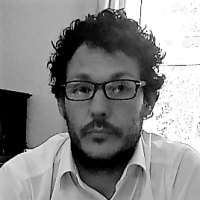 The Blogs
Sami Everett
Apply for a Blog
Please note that the posts on The Blogs are contributed by third parties. The opinions, facts and any media content in them are presented solely by the authors, and neither The Times of Israel nor its partners assume any responsibility for them. Please contact us in case of abuse. In case of abuse,
Report this post.

For Jewish communities across Europe, the emerging populist, nationalist sentiment of recent times has been a concerning trend.

There is now a creeping intolerance seen on both a national level and in local life.

This is not necessarily something new, it is something which has existed over the past decade, exacerbated by austerity, refugee intake, insecurity, terrorism and a lurch towards political nativism.

The result is ‘crisis’ manifesting in flashpoints of violence, disorder and instability.

It is in this context that the Woolf Institute’s new report ‘Trust in Crisis’ looks at European Jewish communities in the capitals of France, Germany, Italy and the UK.

And the findings have revealed that, despite the broad array of social issues in London, Paris and Berlin, trust has been re-energised within our local communities.

We saw this in the wake of the terrible Grenfell fire – with Holland Park Synagogue mobilising to help victims – and after the murder and maiming of observant Muslims in Finsbury Park.

Numerous Jewish leaders have stood in clear and visible solidarity.

Over the last two years, many of the people that we interviewed and followed for our report behaved generously and organised selflessly within their local communities — a kind of quiet citizenship, not recognised nor rewarded — on the basis of a shared sense of social responsibility.

We found that such an effort often coincided with a realisation that reaching out to other communities was particularly necessary in a complex and fast paced political landscape.

In Paris, this took the form of a commitment, particularly from Paris’ diverse Jewish communities after the Charlie Hebdo and the Kosher store murders, to undertake more serious dialogue with Muslim neighbours, as increasing numbers felt that levels of misunderstanding and intolerance between communities had become unbearable.

Thus, both at the level of organised communities and locally with youth groups and nearby Mosques, outreach and education that involved local Muslims and Jews communicating and debating has become more and more common place.

In London, where such initiatives have become much more common, faith community leadership also showed inter-community solidarity against terror.
In fact, it could be argued that the city went even further than the UK at large, accepting a larger share of the refugee influx, particularly those from Syria.

Our report, Trust in Crisis shows that people’s humanity can be triggered by collective distress, local faith communities – healthily represented by diverse Jewish communities and civil society organisations – have had the inclination, organisation and wherewithal to respond to this.

As times of uncertainty continue, harnessing those quiet citizens and solidarities which go beyond our immediate environments will become increasingly important.