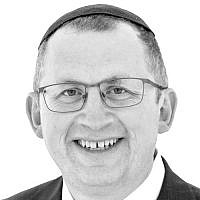 After much anticipation and excitement, this past week, Netflix dropped the 4th season of its flagship show The Crown. Its arrival has been met with some controversy. Many royal insiders are shocked by the portrayal of the Royal family in this series. The series covers the years 1977-1990, focussing heavily on the courtship and subsequent marriage of Princess Diana and Prince Charles, and there seems to have been some artistic license taken with events that simply did not happen being presented as fact. I myself had not watched any of the previous 3 series but was interested to see events that I remember from my childhood on the screen. I watched an episode where Margaret Thatcher is at Balmoral meeting with the Queen. Although I am sure that meetings of that nature may have taken place and the scene was excellently acted, I was left thinking to myself, “How would we know anything about their conversation. I am sure it’s not recorded anywhere. Where are the writers getting their information from?”

In the world we live in with fake news and lies being presented as truth…it seems that the more things change the more they stay the same.

This week’s Parsha contains within it a very difficult story. Our blind forefather Isaac is on his deathbed and wants to bless his firstborn and beloved son Esav. While he is out hunting food to give to his father before the blessing- Rebecca, Knowing through divine inspiration that her beloved son Jacob is to be the recipient of the blessings encourages him to go in dressed as his brother and present his father with some food and take the blessing which Isaac had intended for Esav.

Jacob seems reluctant to do this and argues, but in the end, he agrees to his mother’s wishes and goes into his father dressed as Esav, and presenting himself in his answers to his suspicious father as if he is indeed Esav- and ultimately deceiving him into giving him the blessing.

We say in our prayers each morning a verse from the last verse of the book of Micha  (7:20)

Grant truth to Jacob, kindness to Abraham as you promised our ancestors in ancient times.

The Kindness of Abraham is not in doubt. He and Sarah were a Chesed machine. Doling out kindness whenever and wherever they could.

Regarding Jacob, in next week’s portion, we read about how he tells his deceitful father- in -law Lavan that during the 20 years he worked for him, he was consistently honest and devoted even though he endured hardships in service to Lavan. Certainly displaying the quality of truth.

But to suggest that Jacob’s main characteristic is truth, is a little hard to swallow when one considers the trickery involved in taking the blessing intended for Esav.

Rabbi Yakov Moshe Kulefsky the Rosh Yeshiva of Ner Yisrael in Baltimore USA at the beginning of this century explains that when a person excels in a certain trait it is not immediately discernable whether they have achieved the level they are at, or whether they simply lack the inclination to do otherwise. If a person is slow to anger it could mean that they have worked on their anger and have conquered it. On the other hand, it could also be that they are a calm person who doesn’t have much of a temper.

With the binding of Isaac, God wanted to test Abraham to see if he could turn off his predilection towards kindness and offer his son as a sacrifice or whether the kindness would prevent him from doing the will of God.

Here too, God was testing Jacob to see whether he could turn off his predilection toward truth and go and deceive his father to get the blessing, or whether truth would prevent him from carrying out this test?

Lord Sacks writes that this deception brought with it consequences that would haunt Jacob for the rest of his life. Jacob would leave his home for more than twenty years out of fear of Esav. In next week’s portion, we will read about how Jacob suffered an almost identical deceit practiced against him by Lavan when he substituted Leah for Rachel. Jacob would once again be deceived by his own sons when they brought him Joseph’s bloodstained robe, leading him to be deprived of the company of his most beloved son for twenty-two years, just as Isaac and Rebecca were of Jacob.

God includes the episode of Jacob and the blessing in the Torah for us to learn from going forward. The message is clear; The Torah is not altered. There is no poetic license taken when it comes to the Torah. The facts are all there and we must learn from them warts and all. The Torah does not need revision. The Torah is truth and not only that, “Torah Tziva Lanu Moshe Morasha Kehillat Yakov”. The Torah is identified as being a heritage of the Congregation of Jacob. All of us can learn from the lesson of Jacob and use it to grow and reach higher. The Torah truly is The Crown.