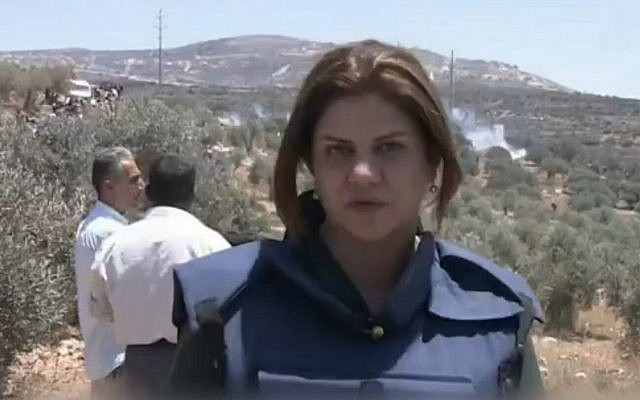 It has been three days since Shireen Abu Akleh was shot to death during a battle between the IDF and terrorists in Jenin, this last Wednesday, and still, we are no nearer to knowing the truth about what happened. Although I have been following the story pretty closely, the conflicting narratives make it hard for us to work out where we stand. I have no desire to attribute blame or responsibility to Israel, without something conclusive that points to us being responsible. I just want to try to make sense of it all.

I am haunted by Muhammad a Dura’s death on the first day of the Second Intifada, and how Israel took responsibility, only for the results of the investigation to prove otherwise, by which time the damage had already been done. I am wary of that happening again.

An Agence France Press journalist and other eyewitnesses are saying that Israeli forces shot and killed her. Still, we need to acknowledge that the bias against Israel of both the reporter and the eyewitnesses, who are Palestinians, is preordained. I used to volunteer for Betselem during the First Intifada taking depositions, and, on more than one occasion, I was witness to Palestinians “embellishing” their testimony to fit the desired narrative. So, excuse me for saying that I wouldn’t have expected them to say the opposite. And to my mind, this diminishes their credibility. In my opinion, the most surprising — and telling — fact, is that the Palestinian Authority medical examiner who performed the autopsy announced that his findings were inconclusive. I would have expected him to conclude that Israel killed her. So, I take my hat off to him for his courage and integrity.

Then there’s the bullet. Israel has asked to examine the bullet and run ballistics on it. It has even offered that the Palestinians can be present and observe the tests. The Palestinians have refused. Which makes me wonder why. If they are so convinced that the bullet that killed Abu Akleh was from an Israeli weapon, why would they refuse to allow Israel to run tests on the bullet? It makes me suspicious. Could it be that they are more interested in the narrative that demonizes Israel than in the truth?

This brings me to the circumstances of her death. I don’t buy the accusation that Israeli forces intentionally targeted her and assassinated her. That’s pretty far-fetched, given Israel’s sensitivity towards adverse press coverage and the constant briefings Israeli forces working in the West Bank receive regarding the omnipresence of the press during their operations. So, I would go with “inadvertent” — IF it turns out that Israel WAS responsible. This is terribly tragic, and we would have to own the responsibility, but I find it hard to believe that it was maliciously intentional and sanctioned by command.

Anyone who has been in a firefight knows that once it starts, it is furious and chaotic. Forget about the choreographed, cool-thinking, and calculated fire management, like we see on TV. It is nothing like that. Your ears ring constantly and everything sounds dulled and far away. Too much noise and shouting are going on to be able to think clearly in the moment. There are very few who can do that. You sweat profusely and uncontrollably. Even your hands are slippery. Your mouth is so dry that your lips stick to your teeth and there is a constant bitter taste in your throat. Your mind is awhirl. Especially in urban warfare, where the shots echo loudly in the alleys disorienting you, and you know that at every window and every door porch is a shooter. It sets you on edge. There is no time for a cool, measured shot, where you let the breath out of your lungs, count to three and pull the trigger. You peek out from behind cover, let off a shot, and get back behind cover as fast as you can. Unless you are a sniper in a nest, the heat of battle does not allow you to seek out and target one specific person and shoot so precisely that you make a perfect headshot. Especially when the enemy is shooting off rapid-fire on “automatic” at you, without aiming down the passage, as we saw in the video clips.

I think, from viewing the footage I saw, that this characterizes the circumstances in which Abu Akleh was shot. In which case, the accusation of intentionally killing her is bullshit. Accidental? More likely. But from which side? It is just as likely to have been a stray bullet from a Palestinian shooter as from an Israeli soldier. Angles of fire? Bullshit! Unless you can map out the position of every single soldier and every single Palestinian terrorist in a fluid and moving battle scene, there is no way to determine ballistically the direction of fire and from which position Abu Akleh was shot. Certainly not by armchair speculators. This needs to be determined by experts, allowing access to investigate the situation without hindrance. And that is never going to happen because it could threaten the Palestinian narrative.

Abu Akleh’s death is shocking. The reverberations around the world are a testament to that. But let’s be clear about some things. Journalists who cover armed conflict up close insert themselves into lethal situations. Body Armor with PRESS written on it is not an impregnable shield. Clearly, Abu Akleh was close enough to the action to get caught in the crossfire. Which is what I think happened. Maybe she stepped out from cover for an unfortunate second? But I find it hard to think that an Israeli soldier received tactical sanction from command to kill her, and in all that chaos managed to coolly take a bead on her and shoot her in the head. No way!

Maybe, in the heat of exchange of fire, she was hit by an Israeli gun. It could be. But her being there, and then condemning Israel for her death sounds a lot to me like blaming the driver for running over someone standing in the middle of heavy traffic.

Let’s remember that politics aside, a woman lost her life while doing her job. In the line of duty. Just like the other 1,447 journalists killed doing their job, in Iraq, Afghanistan, Syria, Ukraine, and God knows where else during this last year. That is a shocking statistic! But I ask why was Abu Akleh’s death highlighted, as opposed to the deaths of the others? 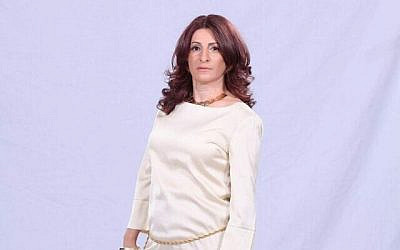 Which brings me to another thought; why is the value of the life of a journalist greater than that of anyone else, as opposed to the deaths of other innocent victims? By what right are journalists considered a protected species? Why is her death more outrageous than the death of say, Doris Yachbes, 49, stabbed to death, up close, by a Palestinian terrorist in Beer Sheba? 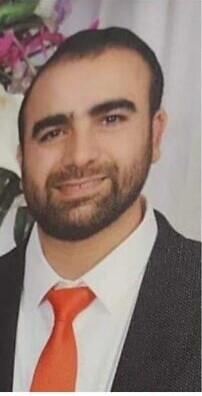 Or, Boaz Gol, 49, a father of five, hacked to death by an ax? Or the 17 other terror victims whose death went virtually unnoticed by the international press? I know some will say that the IDF’s operations are state-sanctioned, and as a state, different standards apply. But, the Hamas, who is recognized as “rulers” of Gaza and the Palestinian street hailed these terrorists as heroes. They celebrated their “success” with celebrations and sweets, adopting their acts as representatives of the Palestinian Mukawama (struggle). And Palestine is recognized as a state by 138 countries and has a permanent representation in the UN. Does that not make it the same as a state sanction? So, why do different standards apply, when the victim is a Palestinian journalist who placed herself in the line of fire, as opposed to an Israeli mother or father of five, who was just going about the routine of their normal life, when they were brutally murdered?

It IS telling that there was no widespread international shock and outrage when 19 Israelis were brutally – and in some cases, barbarically – murdered. Aside from a US State Department statement, we heard no condemnation of the Hamas or the Palestinians who embraced their “heroic acts,” but the death of Abu Akleh drew the widespread denunciation of Israel before the facts of the case have been investigated and established. And let us not forget that the IDF’s operation in Jenin was in direct response to the deadly terror attacks we have experienced during the last month and a half after it was established that in at least three attacks the terrorists originated from the Jenin region.

If Israel IS found to be responsible for her death, we deserve all the denunciations leveled at us, and I will join in the condemnation. But what if the findings point to Israel’s vindication? Who will have the moral courage to withdraw their denunciation? This conflict is cursed with bad faith from both sides. But let’s not get drawn into a premature condemnation of Israel and self-flagellation, because of our political predisposition. Let us wait until the dust settles and the facts become clear.

And let us not give credence to the hypocritical double standards of international opprobrium.