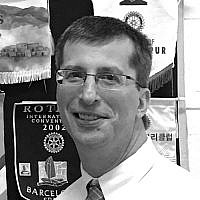 The Blogs
Andrew Bloom
Apply for a Blog
Please note that the posts on The Blogs are contributed by third parties. The opinions, facts and any media content in them are presented solely by the authors, and neither The Times of Israel nor its partners assume any responsibility for them. Please contact us in case of abuse. In case of abuse,
Report this post. 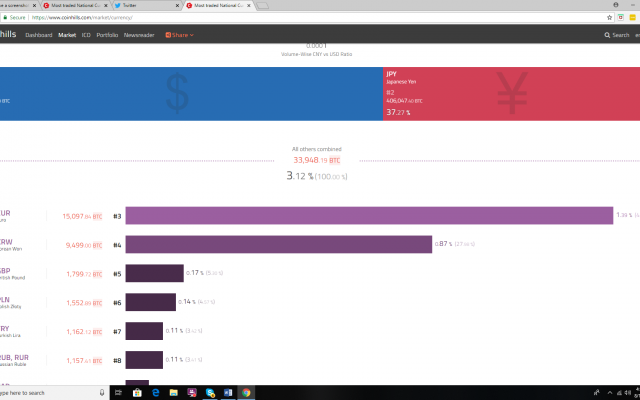 In the words of Confucius, “if you study the past, you define the future.” While this statement can be made applicable for many aspects of life, in none does it ring truer than political unrest and revolution. From protest in the streets to economic turmoil, political unrest (no matter where on earth you may find it) can shake the world’s socio-political and socio-economic pillars through and through. Furthermore, like the infamous Arab Spring and many other uprisings, political unrest and economic turmoil almost certainly lead to a change of power and regime. This sort of unrest can now be seen first-hand in many regions, however, it is the uprising in Turkey that should truly capture the eye of global governments and citizens alike, as it has quickly become a crucial turning point for the once theoretical concept of the use of Cryptocurrency as a state-wide currency, despite there already being a standard Fiat currency in Turkey – the Turkish Lira.

For over 15 years now, Turkey’s Erdogan has lead the nation with the Iron fist of dictatorship in both the Prime Minister (2013-2014) and Presidential (2014-Present) positions. In June of 2018, Erdogan won his latest re-election with a vote of 52.4%. Despite this number (and the election in general), has been called corrupt, unjust, or fixed by many within Turkey and around the world, Erdogan had continued to coral power throughout the region. Furthermore, although Erdogan may be extremely powerful within Turkey, his blatantly dictatorial actions have made him a pariah on the world stage and has led to super powers like the United States imposing harsh sanctions on the nation.

While Erdogan’s poor leadership and dictatorial mindset can certainly be blamed for the current economic downfall of turkey – with the Turkish Lira losing value at a current rate of 3.3889-6.6870 Lira/USD in the past year alone – it can certainly be said that the sanctions (and warning of sanctions) by the United States has been far from helpful for the nation’s desperate population or chaotic state. Although such economic hardships and downturns almost never affect the elite / ruling class, the every-day-Joe Turkish citizen is suffering greatly under an abusive regime, a failing economy, and the restrictions that come with a 9.6% unemployment rate throughout the nation. Furthermore, while many citizens may want to protect their assets by investing in foreign currency as the Lira falls, Turkey’s Erdogan has recently called for all citizens to sell their foreign currencies in an effort to prop up the Turkish Lira – stating that the government will confiscate your money when we find it.”

So then, what might be the solution for the Turkish people? Their economy is failing, their nation is being hampered by international sanctions, and they’re living their lives under the thumb of an extremely oppressive regime, how might they help (or even save) themselves? Most Turkish citizens seem now to be turning toward Bitcoin and other cryptocurrencies for financial security and relief. This flood of cryptocurrency is not unique toward Turkey however, in fact, through analysis and comparisons of both cryptocurrency exchanges and Forex pairings, one may note the sudden influx of cryptocurrencies in places like the Korea, Poland, Russia and Turkey – which makes sense, as all of these places are seeing some level of unrest amongst their populations.

If seen as a store of value, rather than a viable money-making investment, (which, in reality, is what Bitcoin should be seen as and is), one might ask the question: “Why would people who feel safe / secure with their nation and its economy need to store their money in anything other than the currency of the country?” Furthermore, once the cross-examination of cryptocurrency markets and Forex markets are accompanied by news reports of injustice and civil unrest, it may become extremely clear what’s going on in these nations. Furthermore, this may be used in the future as an indicating factor for civil wars – as usually economic downturn turns the military on its leaders and a coup begins, especially if the people are on their side.

While such links are, for now, theoretical, as time unravels the fate of Turkey’s current dictator, it’ll undoubtedly be extremely interesting to see how cryptocurrencies may continue to play a role in either the potential regime change or whatever else might come. After all, when looking for clues one should always “Follow the money”.