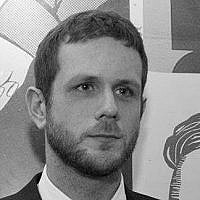 The Blogs
David Merhav
Apply for a Blog
Advertisement
Please note that the posts on The Blogs are contributed by third parties. The opinions, facts and any media content in them are presented solely by the authors, and neither The Times of Israel nor its partners assume any responsibility for them. Please contact us in case of abuse. In case of abuse,
Report this post.

THE SITUATION IN TURKEY has been a great surprise to the West: many considered Prime Minister, Recep Tayyip Erdoğan, to be an all-mighty, powerful authority in the republic whose ties with the Islamist world were tightened due to the Mavi Marmara flotilla, its support in the Hamas tyranny in Gaza, the anti-Israeli policies and Turkey distancing from the European Union after long, failing struggles to become a member there. However, no one predicted that a small dispute over uprooting trees would inflame the country. The New York Times reported on Saturday: “while the protest began over plans to destroy a park, for many demonstrators it had moved beyond that to become a broad rebuke to the 10-year leadership of Mr. Erdoğan and his government, which they say has adopted authoritarian tactics. Some saw the police pullback as a historic victory”.

“It’s the first time in Turkey’s democratic history that an unplanned, peaceful protest movement succeeded in changing the government’s approach and policy,” said Sinan Ulgen, the chairman of the Center for Economic and Foreign Policy Studies, a research group in Istanbul, interviewed by the Times. “It gave for the first time a strong sense of empowerment to ordinary citizens to demonstrate and further their belief that if they act like they did the last few days they can influence events in Turkey”.

However, despite the fact that the demos are carried out by secular forces, many of them with Leftist orientation, something smells bad here. Let us be concrete: the authoritarian rule of Mr. Erdoğan is not totalitarian one; he was democratically elected. Many in Turkey support his version of Islamism. There was a serious resistance to its party, the Justice and Development Party (AKP), aspiring to Islamize the secular republic founded by Kemal Atatürk, which will celebrate its 80th anniversary of independence in October this year. Though the opposition is strong, it was not successful in winning the masses.

So how is it possible to see a huge mobilization of the young masses over an issue lacking any national importance? We did see this kind of intense protest in the Arab countries because of financial crisis or long-lasting oppression of civil liberties. Nonetheless, the current riots in Turkey are unique due to the fact that their roots are neither severe economic problem nor political oppression but rather originated in local controversy over municipal affair, irrelevant for most of the Turks.

The secular faces we see in Istanbul have persuaded many of us that this is a democratic, anti-authoritarian uprising of the resurrecting Left and the secular groupings. It may be the case. However, due to the lack of any serious political, economic and social background to justify the demos in rational reasons, I shall carefully claim that it is much more complicated affair than just the Turks being swept away by populist Leftist propaganda for democracy. I shall briefly explain my argument.

Turkey has been involved in the conflict with Syria, threating Bashar Assad and getting in tensions with Iran and Russia. In addition, Mr. Erdoğan was compelled to renormalize, at least formally, the country’s relations with Israel following Prime Minister Benjamin Netanyahu’s apology. Although Mr. Erdoğan himself remained loyal to the Islamic Gaza tyranny, during the last year, Turkey has been reducing consistently its intervention in the Israeli-Palestinian conflict. The relationship between the U.S. and Turkey became warmer. The commitment of Mr. Erdoğan to the Arab Spring was proved to be problematic in the case of Syria, as President Assad, his masters in Iran, the partners in Hezbollah and other Islamist forces saw unfavorably the aid delivered by Turkey’s government to the Syrian opposition. Only recently, Senator John McCain flew to Turkey in order to cross the border and support the Syrian rebels on their own land.

I suspect that what we see now is a red-green alliance of Leftist and Islamist forces, supported by Iran and Russia inter alia, aimed to overthrow Prime Minister Erdoğan or at least keep him busy in internal conflicts and social rift so he won’t be able to go on and intervene in the situation in Syria. It is possible that what we see and hear as “democratic opposition” is merely a well-planned, heavily financed provocation led by elements whose bitter hostility to Mr. Erdoğan is well-know and clear. The faces are secular and young, but the body is reactionary and Islamist. The Turkish Spring is perhaps an Islamist Winter, another one disguised as democratic protest against authoritarian rule.

Syria, Iran, Russia, Hezbollah and other elements can benefit from Erdoğan’s weakness or his possible ousting. The harsh criticism printed in the Islamist Turkish newspapers against the Prime Minister due to the “cruel” attitude toward the demonstrators is another verification of this assessment. It is possible that Mr. Erdoğan’s support in the Syrian revolution would cost him in his position, while the bloodthirsty butcher Assad would remain Syria’s leader under the support of the Kremlin and Tehran’s Islamo-fascist despots?

The U.S., which under the rule of President Jimmy Carter abandoned the Persian Shāh Pahlavī and sentenced Iran to decades of monstrous Islamic oppression, should be in alert regarding what is going on in Istanbul. It should be noted that then, too, the Left cheered Ayatollah Khomeini with democratic chants and anti-authoritarian platforms, but the latter hanged the Leftist seculars first, even before executing the loyal adherents of the previous regime, knowing what the Left can inflict on his newly born tyranny; he knew how risky useful idiots are.

The revolutionary spring may has come to Taksim Square, but one should wonder whether it is another Islamist Winter camouflaged by vernal, Leftist blossom; advocates of democracy should not become confused due this popular upheaval. Indeed, the film seems familiar, but is it possible that the directors are different?

About the Author
DAVID MERHAV is a journalist writing for The Jerusalem Post, The Jerusalem Report and The Forward. Since 2008, he is working as journalist & Op-Ed columnist in Makor Rishon daily, Hebrew conservative newspaper published in Jerusalem; He also served as the Public Relations director for the Jabotinky Institute in Israel.
Comments