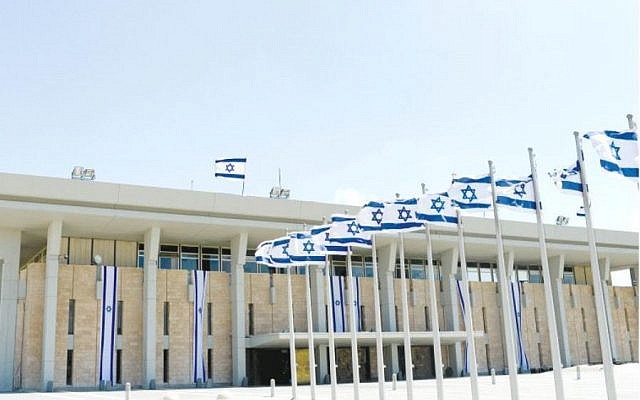 After living in Israel for 11 years, I would like to believe that when it comes to the country’s “wild west” political process, that nothing surprises me anymore. This week however, I along with many were shocked, as the national religious political parties decided to join forces with Otzma Yehudit. For those who may not be aware, the Otzma Yehudit party is led by followers of the late Rabbi Meir Kahane. The party advocates extremist views, and is, by all definitions promoting racism. While I respect every person’s political positions, many including myself viewed this action as “too far.” After all, Kahane’s original Kach party was expelled from the Knesset more than 30 years ago for their hateful and discriminatory agendas. How could it be possible, that we as a country were setting the clock backwards on issues such as tolerance and racism? Of course, one could argue that this is all being done for political reasons, but there seems to be a point where the political process has gone too far.

My online educational organization has made Israel education a top priority this year for all of our Jewish day school partners in North America. We have a few online courses about various Israel related topics that we offer to schools. Our goal is to ensure that day school students are able to properly advocate for Israel in their communities. A few days after this news broke, I had a session with one of my Israel Advocacy classes. I usually begin each class by having a student present the Israel news headlines/major stories over the past few days. I knew that in the back of my mind, this story was going to come up and I tried to come to class prepared to discuss it openly and fairly with the students. When the student presented this story, a lot of her peers were visibly upset and uneasy. The same thoughts that were going through my mind were clearly going through their heads as well. As the teacher, I had a choice. I could either move on and change the subject, or I could try and use this story as a teachable moment. Nervously, I chose the second option, as I wanted to ensure that my students had all of the facts before drawing their own conclusions.

So, we spent the rest of the period learning about Meir Kahane and his US upbringing. We learned about how he founded the Jewish Defense League (JDL) and how he became involved in Israeli politics. Not surprisingly, the students had never really learned about this chapter of Israel’s past, but I thought that it was important for them to be able to have all of the facts. I also showed my students an old 60 Minutes interview, where Kahane very clearly stated his organization’s objectives. While I have my own political views, I always try to make my lessons objective and fair as I firmly believe that there are usually two sides to every story. I asked my students to think about both sides. I asked the question as to whether there was ever a point where such extremest views were warranted. I could tell that some of the students were having a difficult time coming to terms with an answer. On one hand they have been taught to be tolerant, but on the other side, they have all been witness to some of Israel’s worst terror related activities. A few students volunteered to share their thoughts and I was not surprised that most had the same perspectives. They understood Kahane’s anger and viewpoints, but at the same time they were saddened (one student even used the word “embarrassed”) by Kahane’s radical views. All of the students felt that these views did not have a place in their Jewish lives. I know that some people may read this and argue that these students have not experienced life in Israel and do not have a right to make judgments about Israeli politics and policies. I would normally agree with those views, but in this case, my upbringing and education as well as the upbringing and educational values of my students does give them the right to take a stand.

As we concluded the discussion, the students asked what would happen if this party did in fact make it into the Knesset. This was a great opportunity to highlight the fact that at the end of the day, as we have seen countless times, no one party controls the Israeli government. I assured the students that as a democracy, the people will have the final say. The students in my class all understood Kahane’s views and some were even sympathetic. One student brought up the 2014 murders of the 3 boys as possible justification, but her peers were quick to challenge this view. As one 11th grader said, “how can we expect to get rid of hate with more hate?” I could not have said it better myself.

The Israeli political agenda is full of surprises and it is certainly possible that this issue will continue to develop. There are many views and complex issues relating to Israel’s relations with the Palestinians, peace deals, and of course the safety of all of us. Taking hard line stances is in many cases certainly warranted. Bringing a message of hate and intolerance however is not what Israel and the Jewish people stand for. I hope that the politicians and policy makers can be as wise as my 11th graders from New Jersey and realize that instilling an agenda of hate is not going to bring a positive outcome to Israel.