The Blogs
Alden Solovy
Blessings Abound
Apply for a Blog
Advertisement
Please note that the posts on The Blogs are contributed by third parties. The opinions, facts and any media content in them are presented solely by the authors, and neither The Times of Israel nor its partners assume any responsibility for them. Please contact us in case of abuse. In case of abuse,
Report this post. 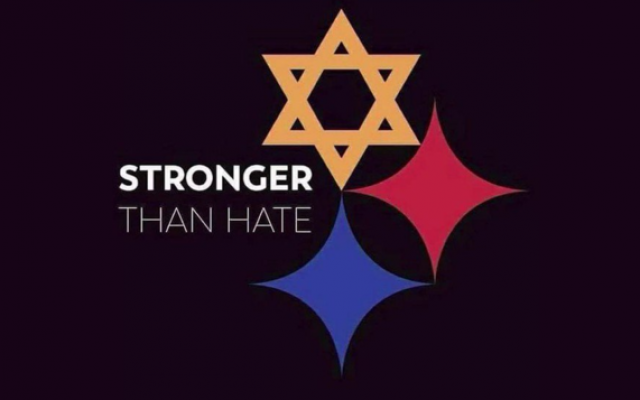 The one-year anniversary of the shooting at Tree of Life Synagogue in Pittsburgh arrives in just a few more days. The newspaper articles and commemorations began to appear a few weeks ago. Memories of trauma, of lives lost, of violence, of dreams cut off, reverberating from a congregation, to a city, across the US and around the world. Personal stories. Deep reflections. New prayers. The Jewish community weeping together.

The shloshim for the murdered, the end of a 30-day mourning period, came just before Hanukkah 2018. Moved by the contrast between a joyous festival juxtaposed in time against the attack, I wrote a prayer called “Maoz Tzur for Pittsburgh.” As a result, I found myself in Pittsburgh on the night of Shabbat Hannukah last year reading that prayer.

While in Pittsburgh, I participated and co-led a discussion about prayer at Rodef Shalom with Rabbi Aaron Bisno. At the end of the session, I presented the idea of Six-Word Prayers, that all an individual might need is six words to express an entire prayer. People wrote their prayers on 3×5 index cards. Twelve people gave me those cards with permission to share them. Of course, some folks used a few extra words.

I’ve been reluctant to share them, even with permission. With the anniversary approaching, maybe it’s time to take those prayers out of the drawer and use them. Here they are:

May these prayers be heard in the highest heavens, for the Jews of Pittsburgh, for the Jewish community worldwide, and for all the nations of the earth.

About the Author
Alden Solovy is the Liturgist-in-Residence at the Pardes Institute of Jewish Studies in Jerusalem. A liturgist, poet, and educator, his teaching spans from Jerusalem to the UK to synagogues throughout North America. He's the author of five books of modern t'fillot, having written hundreds of pieces of new liturgy. His latest book, "This Precious Life: Encountering the Divine with Poetry and Prayer," is the final installment in his 'Grateful, Joyous, Precious' trilogy. His work is anthologized in more than 20 volumes of prayers and meditations. Alden made aliyah in 2012. He is the founder of ManKind Project Israel. Read his work at www.ToBendLight.com.
Related Topics
Related Posts
Comments