In December 2013 the Middle East saw its biggest winter storm since the 1950’s, with some of the heaviest snowfalls ever recorded in the region, specifically for this time of year.

As the rare storm was building up, I arranged to go to Jerusalem right away, hoping to photograph the magnificent city covered in snow. Shortly after I had arrived, all roads leading to and from Jerusalem were closed due to the heavy snowfall and it was virtually impossible to get in or out of the city. I spent two exciting days documenting Israel’s frozen capital.

The views were simply exceptional and almost surreal. Holy sites all covered in white, the streets lacked any kind of traffic, and as little people around as I have ever seen in Jerusalem. It felt like stepping thousands of years back in time, a truly unforgettable experience.

As December of 2014 sets in, hope is rising to see the same sights this year as well.

In times when the news coming from Jerusalem is often disturbing, here are twenty photos of the snow-covered city that simply have to warm your heart:

1. Jaffa Street and the city’s train as the snow started to pile up. 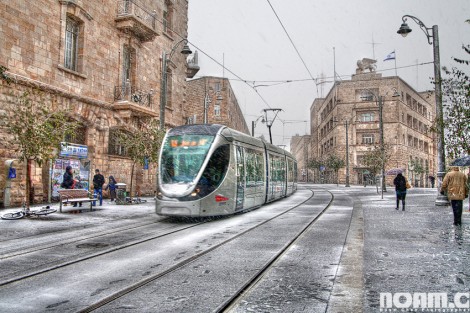 Starting to pile up, Jaffa Street.

2. Protected with the prayer shawl, a man’s prayer is disrupted at the Western Wall. 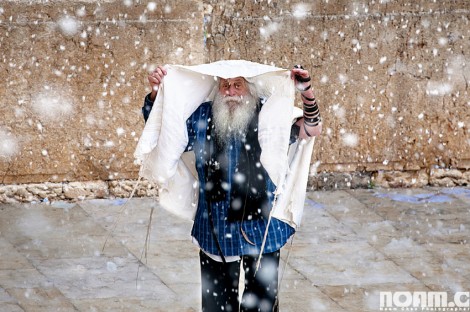 Protected at the Western Wall. 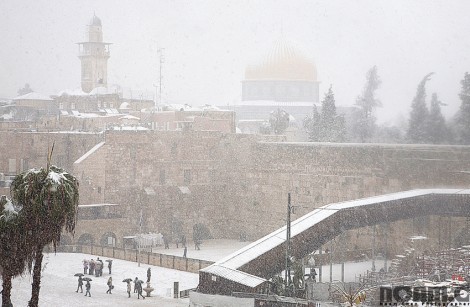 Heavy snowfall at the Temple Mount.

4. Many foot tracks, but only one dedicated worshiper still praying by the Western Wall. 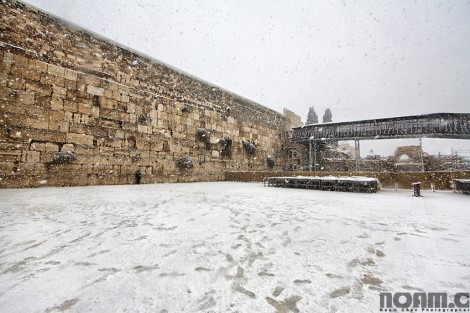 Many foot tracks, one worshiper.

5. Praying during any kind of weather. 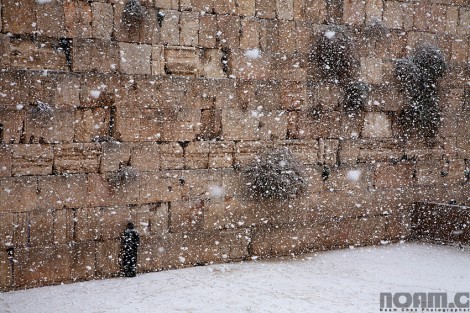 Praying during any weather.

6. Celebrating the snow with traditional Jewish music, at the entrance to the Western Wall. 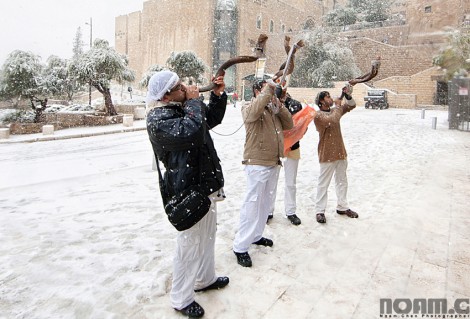 7. The Hurva Synagogue at the Jewish Quarter. 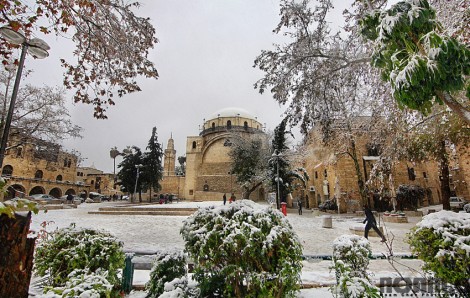 All in white, the Hurva Synagogue.

8. Not fearing from the cold, children went out to play with the snow by the Hurva Synagogue. 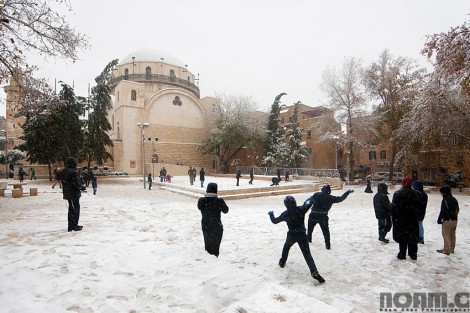 Playing in the snow.

9. A lookout over the Jewish neighborhood of Yemin Moshe. 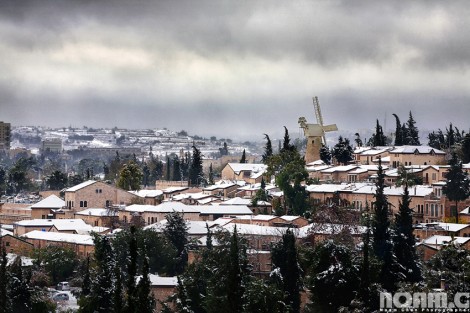 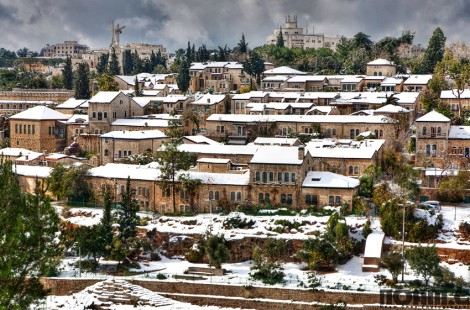 11. It may look like Russia, but it’s Jerusalem: Church of the Holy Trinity. 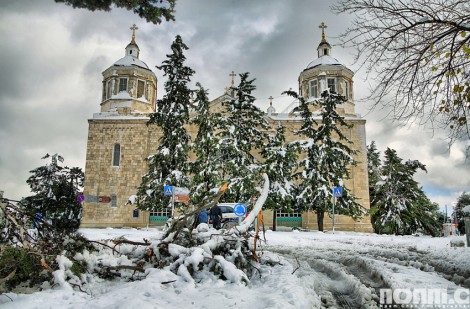 Jerusalem’s Church of the Holy Trinity.

12. The Jerusalem Archaeological Park (Davidson Center) and the Mount of Olives in the background. 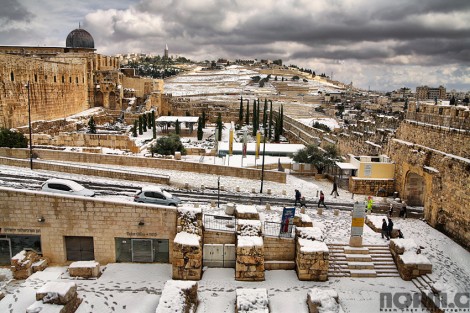 13. As the skies cleared up and the sun was showing, people came out to enjoy the views. 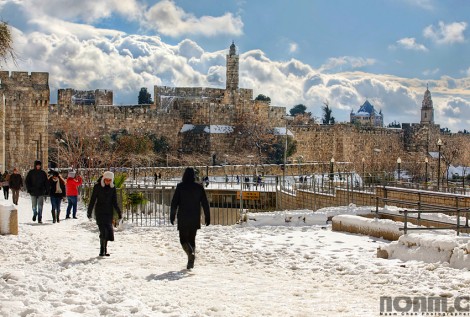 Enjoying the views, the Old City.

14. The roads were cleared for driving again, breaking a 48 hours siege on the city. 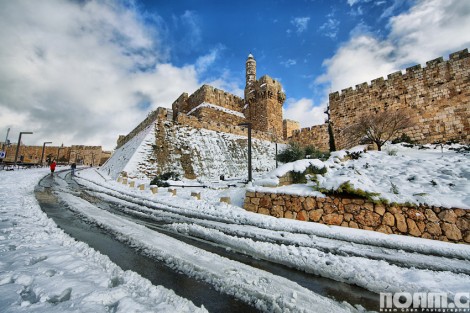 The snow-covered Tower of David.

15. The rare storm created some majestic views of the Old City. 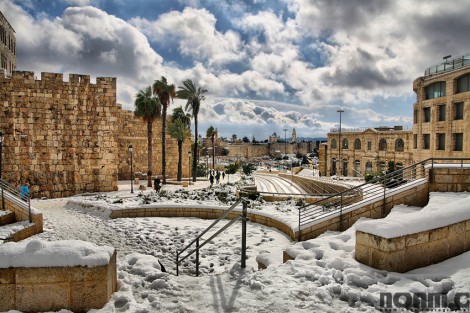 Jerusalem of white, the Old City.

16. The Temple Mount and Western Wall, looking more peaceful than ever. 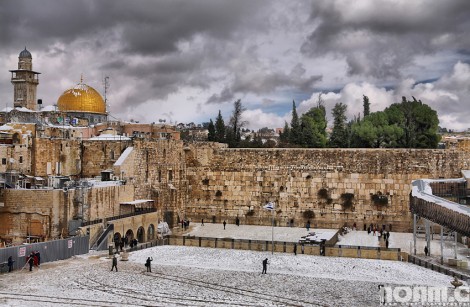 17. A Jewish family taking pictures at the ancient site of Jerusalem’s Cardo. 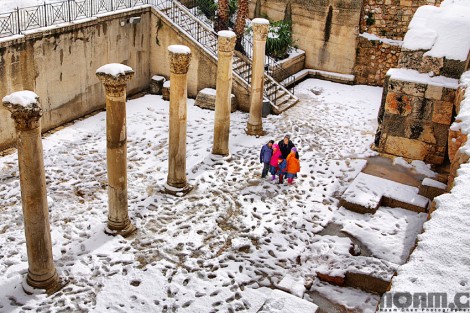 Having fun by the Cardo.

18. Residents of the Jewish Quarter exploring the streets and alleyways. 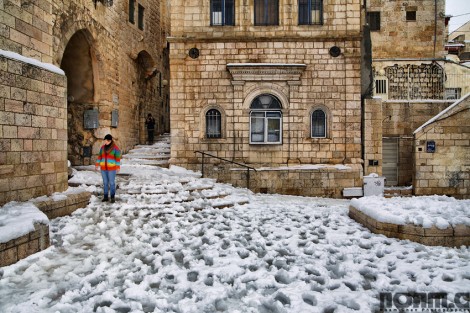 19. White trails and reflected buildings in Jaffa Street, when the train was unable to cross. 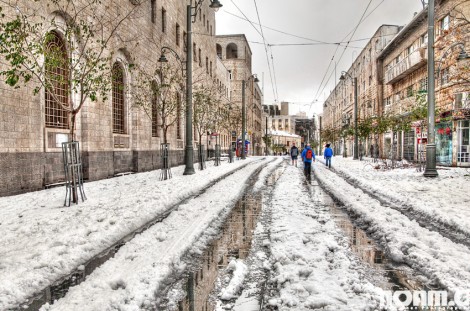 20. There has got to be a snowman… See you again next year! 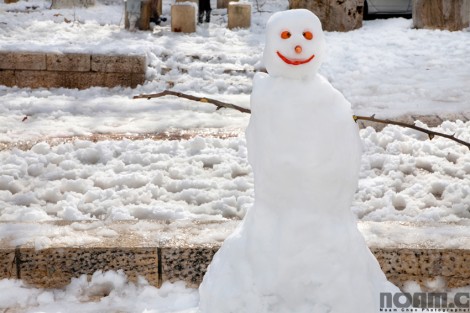 For feedback and inquiries, email me at: noamc75@gmail.com

About the Author
Noam Chen is an award-winning photographer, specializing in Landscape and Portraits. He began his career in Israel, before expanding to work in Europe and later in the United States, where he was granted an Artist Visa for individuals with extraordinary ability, by the US Government. Noam's work has been published in newspapers and magazines across the world, including National Geographic magazine, Entrepreneur, The Daily Mail, Daily Mirror, Le Figaro and Sunday Times Travel, among others. He has exhibited in group and solo exhibitions in Israel, Europe, North and South America. Besides photography services, Noam offers prints, calendars and licenses to use his Israel Stock photos.
Comments