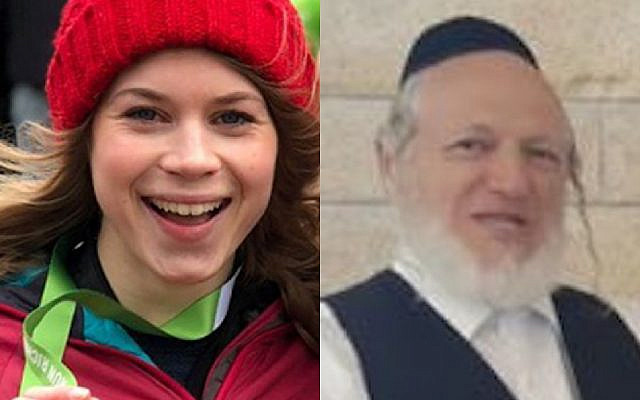 I was going to write this week about the new United Arab Emirates ambassador to Israel, Mohammad Mahmoud Al Khajah, who is quite honestly one of the best-looking diplomats I have ever seen.

And then I thought about objectifying people by the way they look, and who they are, and the two pieces of horrifying news this week, and I stopped being amused by the idea of a drop-dead gorgeous diplomat.

The two news stories are the murder of Sarah Everard in south London, and the shocking allegations in Israel of sexual predatory behaviour by a man who had just been awarded the Israel Prize, Yehuda Meshi-Zahav.

British readers will by now be all too well acquainted with the name of Sarah Everard, allegedly kidnapped from a street as she walked home from visiting a friend. Social and mainstream media have been alight with declarations from women of all ages and stages, talking about attacks, harassment, stalking, violence – everyday abuse that continues to be the norm in 21st-century Britain.

I don’t know one woman – me included – who has not had one of these distressing encounters. I’m not talking about #MeToo-ism: I’m talking about street predators, men who chance their arm and go too far, escalating catcalling to physical aggro.

And, of course, the man who has been charged with Everard’s kidnap and murder is a serving police officer.

Meshi-Zahav was a different sort of respect figure. He was the wild child of the strictly-Orthodox Eda Haredit group in Jerusalem’s Mea Shearim neighbourhood, a rabid and active anti-Zionist, out on the streets demonstrating and disrupting, until he had what might be called an epiphany in the 1990s when suicide bus bombings became the grisly norm.

He founded the rescue and recovery service Zaka in 1995, and has won numerous awards for his passionate change of focus.

He became an outspoken advocate of outreach to the secular community and of Charedim serving in the Israel Defense Forces – two of his sons served elite combat units. He received the prestigious lifetime achievement category of the Israel Prize.

All that was until a shocking report in Ha’aretz last week, detailing the accusations of six people who claimed that Meshi-Zahav had preyed on them sexually; some allegations dated to 1983. Some of the accusers were minors when the alleged assaults took place, and the accusers were men as well as women. Ha’aretz says there may be many more cases.

On Friday, Meshi-Zahav relinquished the Israel Prize and stood down from membership of Zaka while he tries to clear his name. He has said that as soon as his name was announced for the prize, he was targeted by strictly-Orthodox groups who had been stung by his vocal attacks on those who did not abide by Covid restrictions. He lost both his parents and a brother to the virus in January.

I don’t know the truth about Yehuda Meshi-Zahav any more than I do about the person who is charged with the murder of Sarah Everard. What I do know is that in both cases the victims will be blamed. Everard ‘should not have been out on the street by herself, or ‘those who claim they were attacked by Meshi-Zahav were behaving provocatively’.

Perhaps it’s time to recalibrate our thoughts and our actions, including how they would make another person feel.