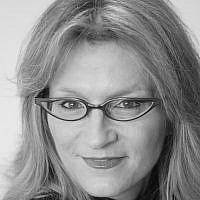 The Blogs
Irit Rosenblum
Apply for a Blog
Please note that the posts on The Blogs are contributed by third parties. The opinions, facts and any media content in them are presented solely by the authors, and neither The Times of Israel nor its partners assume any responsibility for them. Please contact us in case of abuse. In case of abuse,
Report this post.

The historic March 6 verdict to recognize two biological mothers for a single child is a milestone in a process I started over a decade ago. Asserting that the right to parenthood is a human right regardless of faith, gender, sexual orientation or status, I set out to create legal equality for all of Israel’s families through the justice system, with New Family, the organization that I founded and direct, as my vehicle.

The first breakthrough was in 1996, with the debate on the status of a female couple who sought to become parents. The petitioner, Tal Yarus-Hakak, appealed to court against the Health Ministry’s regulations on fertility treatments. The Health Ministry required single women seeking artificial insemination or IVF treatments to undergo evaluation by a psychiatrist and a social worker. These rules discriminated against the petitioner, who had been living with her partner, Dr. Avital Yarus-Hakak, since 1989, and who was not single, but whose same-sex partnership was not recognized.

In 2002, I unsuccessfully petitioned family court to confirm a domestic union agreement between female spouses. After flooding family court with same-sex couple agreements, in a precedent-setting decision, Beer-Sheva family court approved the first agreement. This decision paved the way for legal recognition of the same-sex family in Israel, and today, courts regularly approve agreements between same-sex spouses.

That same year, 2002, I petitioned the court to allow a single, infertile woman to utilize a surrogate mother to bear children. The court, bound by the Surrogacy Law that regulates surrogacy arrangements for heterosexual couples, could not permit an unmarried woman to use surrogacy services, in defiance of the law. I appealed to the High Court of Justice, arguing that single women have the same right to children as married couples. The High Court of Justice rejected the appeal, but recommended that the Surrogacy Law be changed. Following the High Court’s recommendation, New Family drafted a legislative amendment to allow single men and women to use surrogacy services. In 2004, a High Court of Justice committee was formed to examine the expansion of the Surrogate Law for singles, lesbian and gay couples. The floodgates have opened, and New Family has helped hundreds of singles and couples become parents via surrogacy, while still advocating for inclusion of all those who wish to become parents under the Surrogates Law.

To ensure that the patriarchal system of Jewish divorce didn’t cost women their right to motherhood, I fought for the right of women denied divorce to artificial insemination with sperm from a non-Jewish donor. The legal system in Israel requires Jewish couples to divorce religiously in the Rabbinate, where women cannot divorce without their husband’s consent. Women denied divorces are hostages to the whims of the Rabbinical Court, and the status of any children she bears with another man is endangered. Use of sperm from a non-Jewish man prevents the children being labeled ‘mamzarim’, freeing them of the legal disadvantages the ‘bastard’ status would result in.  A number of women have used this solution to ensure that the status of their children isn’t tainted.

In the belief that same-sex couples deserve the right to parenthood, New Family fought to first allow homosexuals to adopt their partners’ biological children and then to allow joint adoption of a child not biologically related to either parent. In 2007, The High Court of Justice ruled that the state must register the child two homosexuals had adopted in the US as the child of both men. As a result of this precedent-setting case, homosexual and lesbian couples may now adopt children together and both be recognized as legal parents. New Family has helped dozens of same-sex couples become the legal parents of adopted children.

New Family pioneered the practice of bringing children to the world through foreign surrogacy, since surrogacy is illegal for singles or same-sex couples in Israel. As the only organization navigating the legal system to bring the resulting infants to Israel, New Family has helped dozens of same-sex couples realize their dream of parenthood by surrogacy abroad. Because surrogacy creates a new legal situation where the same-sex partner of the biological parent of a child born by surrogacy is eligible to be a legal parent, in 2010, New Family set a legal precedent when Family Court ruled that the male partner of the father of a child born to a surrogate mother could become a second legal parent, when previously only the male partners of women had been recognized as such.

I pioneered a new avenue to bring children into the world by Biological Will, a last will and testament describing a person’s wishes for use or disposal of their genetic material after death. Today, some single mothers wish to have paternal families for their child, and some men wish to have children, but have no female partner. Many children don’t know the identity of a biological parent and grow up with an incomplete family tree and genetic record. Some bereaved families seek continuity for departed relatives. Conventional parenting arrangements do not answer these needs. The Biological Will offers single women and lesbian couples an alternative to anonymous sperm donation by receiving donations from a known donor to form an extended family with the father’s kin and / or give their child a complete genetic record. It allows men whose female partners have died or lost their reproductive capabilities to bring their biological children into the world using a surrogate mother.  Biological Will cases won global legal precedents in 2007, 2009 and 2011.  In July 2011, the world’s first baby to be born two years after his mother’s death came into the world by surrogate mother, who bore the embryos created by both his biological parents, for the father, who will raise the son of his beloved wife.

In pursuit of legal equality for same-sex families, New Family’s 2009 petition to the Labor Court compelled the National Insurance Institute to recognize a gay couple’s eligibility for parenting rights and benefits. In response, the National Insurance Institution formed a committee to equalize the status, rights and obligations of same-sex couples to those of heterosexuals, including paid parenting leave and grants and child benefits for male couples, and permitting lesbian spouses to share maternity leave.

Also in 2009, I sued the National Insurance Institute to recognize a woman as the widow of her deceased same-sex partner. The National Insurance Institute accepted the claim, and determined that surviving spouses of any gender are eligible to be recognized as widows and receive survivors benefits.  In a separate case I litigated, The High Court of Justice canceled age limitations for adoptive parents in 2009, and ruled that the age factor should be considered on a case to case basis.

The March 2012 court decision to recognize two women as biological mothers for their child is another turning point in the ongoing struggle for the legal equality for parenthood in Israel. I am proud to have played my part.

About the Author
Irit Rosenblum identified a critical gap in law and human rights-the family. She broke new ground by pioneering the development of family human rights law in Israel and globally. She founded New Family in 1998 to practice her SocioLegal philosophy of the new family in which every individual has an inalienable right to establish a family and to exercise equal rights within it regardless of gender, religion, nationality, sexual orientation and status. Rosenblum drafted and promoted 20 family rights laws and wrote 17 Family Rights guides. She is a respected legal innovator and the recipient of distinctions in Israel and abroad.
Comments