Yom Yerushalayim, Jerusalem Day, the annual celebration of the city’s reunification after Israel’s victory in the Six Day war in June 1967, has changed radically in recent years. Its main event, a flag parade, once attracted Jews from all over Israel: secular and religious, Sephardi and Ashkenazi, young and old, politically right- and left-wing, families, school groups, youth movements.  They came to celebrate their ability to visit parts of Jerusalem that had been closed to Jews since the city was partitioned in 1948.

The marchers in the flag parade now are strikingly homogeneous: teenagers from right-wing national religious schools and politically right-wing homes, mostly from the settlements. Boys and girls march separately.

Last year on Yom Yerushalayim, I participated in an anti-racist demonstration at Kikar Safra in the city centre. I didn’t understand until I got there quite how timely it was. The flag parade was one of the most frightening, distressing and thoroughly racist events I have ever witnessed. It’s described powerfully here.

If you want to join this year’s demonstration against racism on Yom Yerushalayim and the flag parade in general, come to Kikar Safra (Safra Square) today 5 June at 5 pm. 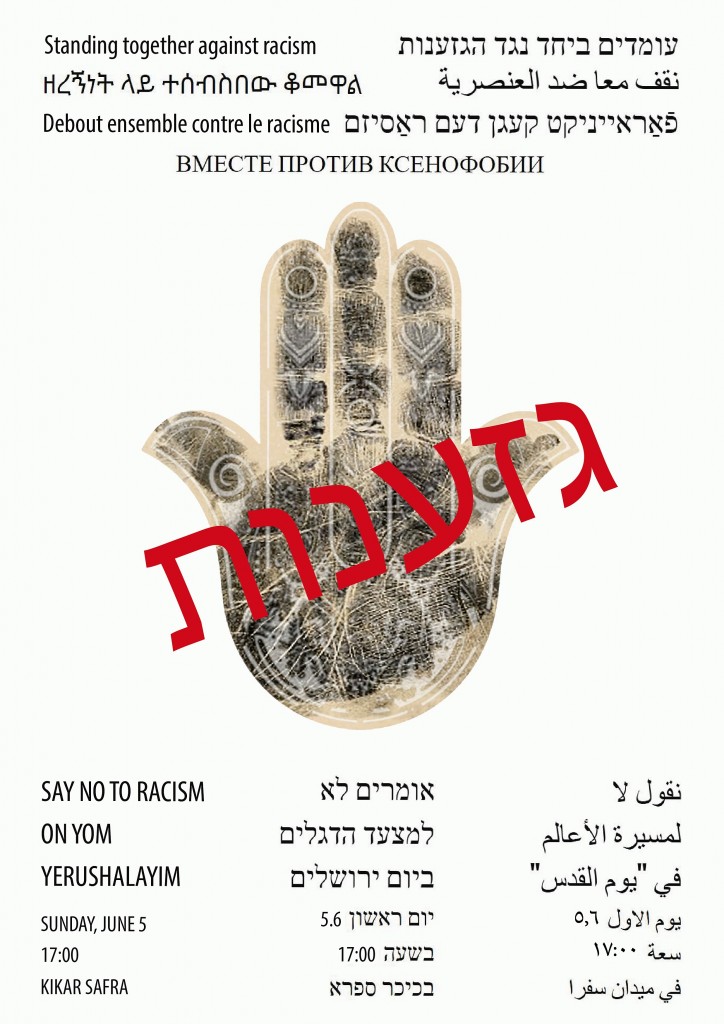 If you feel committed in theory to the flag parade but don’t usually attend, think about coming this year; perhaps you can help to shift the demographic and moderate the racist hatred. 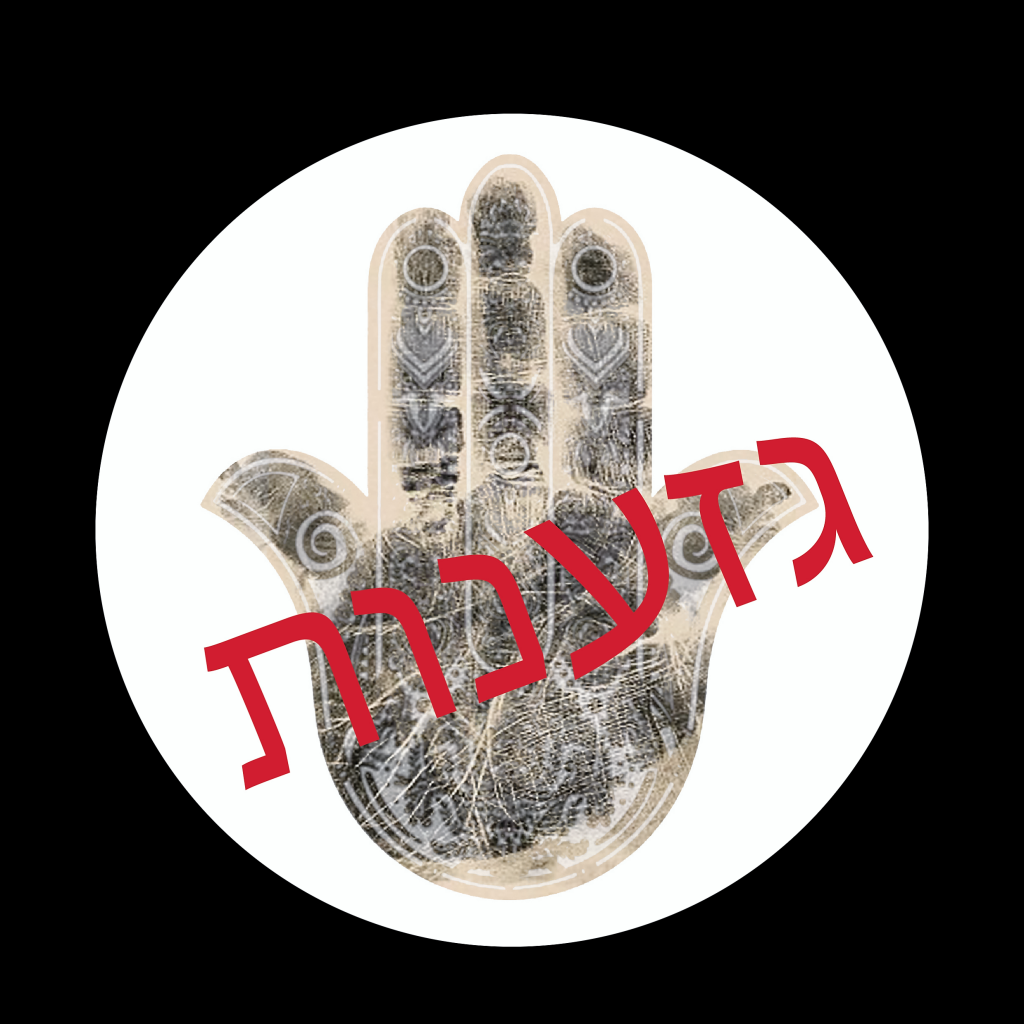 A popular slogan on banners at last year’s flag parade was ‘The Temple Mount at the heart of the country’. In the aftermath of the Six Day war, Israel’s government ceded control of the Temple Mount to Jordanian Muslim control. Until recently, most Jews, religious and secular, have accepted this situation, and few religious Jews showed any interest in going up. But that’s changed, thanks to Temple Mount activists, previously dismissed as marginal fanatics but now moving into the mainstream. One of their leaders, Yehuda Glick, has just entered the Knesset.

To say that posters declaring ‘The Temple Mount [is] at the heart of the country’ were provocative last year is an understatement. They’ll be much more provocative this year, when Israel is reeling from a series of knife attacks by young Muslims motivated, they’ve repeatedly said, by Jewish designs on the Temple Mount. The flag parade does nothing to reassure them that Israel’s government has no intention of changing the status quo, according to which Jews can go up to the Temple Mount, but not pray there.

The other slogan in evidence last year was ‘Meir Kahane was right’, which appeared on stickers worn by marchers. They didn’t say what Meir Kahane was right about, but they probably meant deporting Arabs. The stickers and other promotional material was being distributed by kids — yes, Yom Yerushalayim is Lord of the Flies on steroids; adults are few and far between — far to the religious and political right of the marchers themselves. 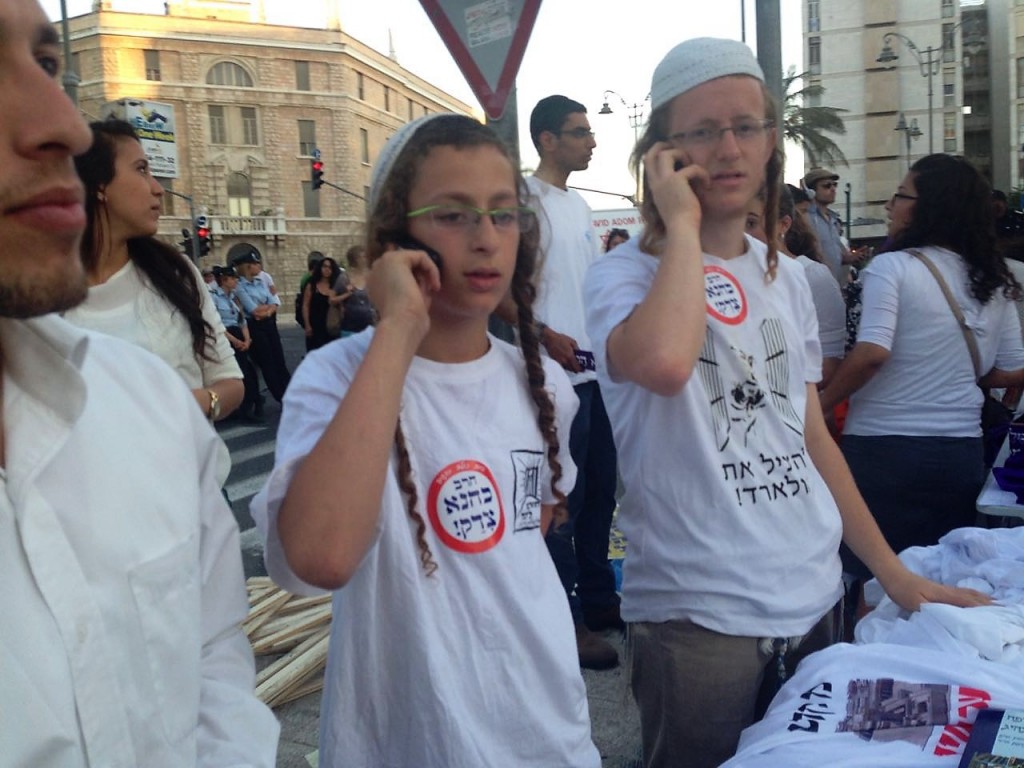 Every year, the flag parade passes through Damascus Gate into the Old City’s Muslim Quarter. If that was ever appropriate, it isn’t now. Damascus Gate has been Israel’s main centre of tension since the knife attacks began last October. Jews have been stabbed at Damascus Gate, and their Muslim attackers have been shot there. Other than Ultra-Orthodox Jews taking a shortcut from their neighborhoods to the Kotel, few Jews visit Damascus Gate these days. Just two weeks ago, a kippah-wearing cab driver refused to take me there.

This afternoon, however, thousands and thousands (I read an estimate that 60,000 attended last year’s parade) of pumped-up, nationalist-slogan chanting, hate-spewing, flag-waving, right-wing, religious-Zionist teenagers will be permitted to walk through Damascus Gate and into the heart of the Muslim Quarter. Shops will be shuttered, residents will be locked in their homes, and the crowds will be escorted (at vast expense) by thousands of policemen. Quite apart from everything else that’s wrong with this, surely it’s a recipe for disaster? If one pair of scissors is spotted, there’ll be mayhem. If God forbid someone is hurt or …

And if this is not toxic enough, add that, depending on when the New Moon appears in the Jerusalem sky, the month-long Muslim fast of Ramadan will start, and thousands of Muslims will set out through the Old City towards Al Aqsa. That could be tonight.

The biblical prophets interpreted the political catastrophes of their times as divine punishments issued to Israel for crimes that included religious infidelity and social injustice. God used the nations as rods to beat Israel’s back (Isaiah 10:5).

This familiar idea raises complex theological questions. If the nations were a means for God to punish Israel — if, for example, God permitted Babylon to conquer Jerusalem, destroy the Temple, and exile Judah’s ruling elite — what would happen to Babylon when Israel repented? Surely God, Creator of the Universe and of all humanity, couldn’t expel without justification Babylon, the nation into whose hands He Himself had delivered Jerusalem?

One answer to this question lies in the attitudes of the victors towards the defeated. The Babylonians didn’t simply conquer Jerusalem, they wallowed in their victory. They didn’t just win a war, they humiliated the losers.

Chaldea shall be spoiled,

All her spoilers shall be sated, declares the LORD.

For you rejoiced, you exulted,

You who plundered My possession;

So your mother will be utterly shamed,

She who bore you will be disgraced …

Whoever passes by Babylon will be appalled

And in the same spirit:

You have heard, O LORD, their taunts,

All their designs against me,

The mouthings and pratings of my adversaries

Against me all day long.

See how, at their ease or at work,

I am the butt of their gibes.

Give them, O LORD, their deserts

According to their deeds (Lamentations 3:61-64)

This sends a crucial message that we’ve seem to have forgotten on Yom Yerushalayim. It’s natural and desirable to celebrate victories and their positive consequences. Israel faced destruction in the Six Day war, a war it did not initiate. Not only did the country survive against all the odds, but it regained access to some of its holiest sites.

On Jerusalem Day, therefore, we could celebrate differently. We could pray in one of the city’s countless synagogues, have picnics and barbeques in its beautiful parks, attend concerts in Sultan’s Pool and David’s Tower; join the myriad projects to beautify the city, or perhaps raise money for widows and orphans, the marginalized members of society whose maltreatment provoked God’s anger leading up destruction of the first Temple (Ezekiel 22:7). Many of these activities are already happening, and you can find details on a website created by the social activist group, Jerusalem Tolerance.

But instead, we make precisely the mistake for which God expelled the Babylonians from Jerusalem. We gloat. We taunt the people we defeated, who still live in our midst. We intimidate. We humiliate. We wave our flags.

This brings me to my second religious argument against the flag parade . Be-Midbar, the Torah portion read yesterday in synagogues in Israel, contains nine of the Tanakh’s fourteen uses of the word degel , flag. Men aged twenty and over capable of bearing arms are counted and instructed to camp around the Mishkan, the Tent of Meeting, under the flags of their respective tribes (Num 2:1-2). Levites aged one month and over are also counted and told where to camp — closer to the Mishkan — but the Levites do not have flags (Num 3:14-39).

Flags play an essential role in military campaigns, such as the conquest of the land described in the book of Numbers. But flags are kept at a distance from the Mishkan, the forerunner of the Temple, and from the people who work in it, the Levites and priests.

The Yom Yerushalayim flag day parade is populated almost exclusively by members of a movement dedicated to blurring the national religious boundaries demarcated here in Be-Midbar. On Yom Yerushalayim, their right-wing contingent waves flags that represent a miraculous victory in the military sphere, and at the same time they march towards the Temple, clamoring for access, in the spiritual sphere. They are playing a very dangerous game and, to cap it all, they are not responsible men aged twenty and over, like those associated with flags in Be-Midbar, but mere children.

There’s only one reference to a degel, flag in the Tanakh that is not military. It’s in Song of Songs. I know it won’t happen, but still I hope that by next year the religious leaders and teachers of the flag paraders will have found a way to convince their young followers to march under a different, compassionate, religious banner: ‘He brought me to the banqueting room, and his banner of love was over me.’ (2:4) 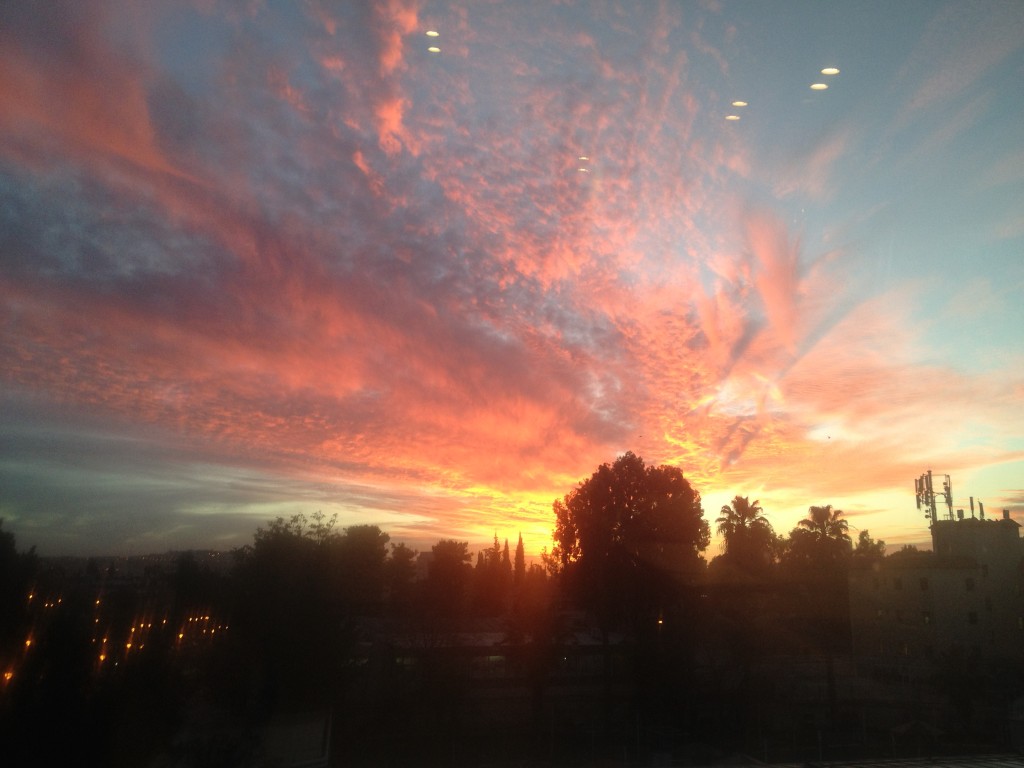 Jerusalem sunset
About the Author
Before coming to Israel in 2011, Diana Lipton was a Fellow of Newnham College, Cambridge (1997-2006), and a Reader in Hebrew Bible and Jewish Studies at King's College London (2007-2011). Here in Israel, she's lectured on Bible at Hebrew University's Rothberg International School and, currently, in the Bible Department at Tel Aviv University. She's the very proud mother of Jacob and Jonah, and lives in Jerusalem with her husband Chaim. Her latest book, 'From Forbidden Fruit to Milk and Honey: A Commentary on Food in the Torah' (Urim Publications) is available on Amazon; proceeds go to Leket, Israel's national food bank.
Comments