Two American students who are on their gap year in Israel have raised more than $40K for Ukrainian refugees.  Shmuli Vladimirskiy, from Chicago IL, and Eitan Kastner, from Valley Stream NY, are both studying at Aish HaTorah Gesher program.  First-year student, Shmuli’s father was born in Ukraine.  The Principal of Aish, Rabbi Berkowitz, gave the students an impassioned speech of how it was incumbent on everyone to help out during the crisis in Ukraine and every Jew is responsible for the whole world.

Shmuli was galvanized into action and contacted a Rabbi in Ukraine to ask how he could help.  The Rabbi responded that the best way was to raise money to help the refugees.  Together with Eitan, a second-year student at Gesher, they realized that a lot of organizations are focused on helping the refugees flee war-torn Ukraine, however very few people are worrying about the thousands of refugees once they arrive in Israel, some of them with literally the shirts on their backs.  They decided that this would be their area of focus.  Once Eitan heard about Shmuli’s project he knew right away he had to join.  He said that,

At Aish HaTorah we learn that every person has a responsibility to the entire world.  So, after discovering that there was very little help for the refugees in once they arrived in Israel we organized money, jobs and help for as many refugees as we could help here in Israel

Shmuli, is a contributor on an Instagram account called, @JewishBreakingNews, which is the largest Jewish news outlet on Instagram, was sharing images from the refuges and that what’s really helped galvanize the campaign.  The site reached, in Shmuli’s words,

Thousands of people, and we were able to raise a lot of money using that tool.  Now here in Israel friends and families are sharing images of what we are doing and that just helps bring in more money and more awareness of what’s going on here.  As a student at Aish’s incredible Gesher program in Jerusalem, I have been instilled with the responsibility to help our fellow Jews. After hearing the plights of these Jews, I could not comfortably continue on with my day.

Eitan was inspired by Shmuli, who had already set up a fundraising website, and heard that there was an immediate opportunity as there was a plane going to Ukraine to set up a field hospital.  They sprang into action and raised thousands of dollars from their friends in gap-year programs and got thousands of diapers and other supplies on the plane.  After that, in Eitan’s own words, (from an interview I conducted with him) he said,

We realized how much we could do, especially with the Yeshiva/Seminary community.  We made four group chats of 250 people each on WhatsApp, which we have raise tens of thousands of dollars from.  In addition, whenever we have a job to help the Ukrainian refugees in Israel), we put it into the chat, and they sign up for it and that way we get hundreds of jobs done.  It’s really amazing.  We’re doing God’s work.

They, and their volunteer corps have engaged in many social welfare activities for hundreds of refugees, such as, taking families out for Birthday parties, first visits to the Western Wall, getting supplies for families that have nothing.  They also ran a Purim carnival with help of their volunteers. In addition, they have mobilized their veritable army of volunteer gap year students to go and provide supplies and to spend time with the Ukrainian refugees.

Eitan, is an alumnus of the Write On for Israel program, The program is for American high school juniors and seniors from the Tri-State area.  It is a highly regarded two-year Israel advocacy course aimed at preparing the participants for the anti-Israel battleground of the North American college world.  They receive the knowledge and tools to be effective advocates for the Jewish State.  They also learn the importance of social action and how Israel is a world leader at this.  The Talmud teaches us that, “he who save one life it is as if they have saved an entire universe.”  Israel strives to be a “light unto the nations.”  Daniel Gordis succinctly summed it up when he stated that, in addition to striving for the benefit our own citizens, 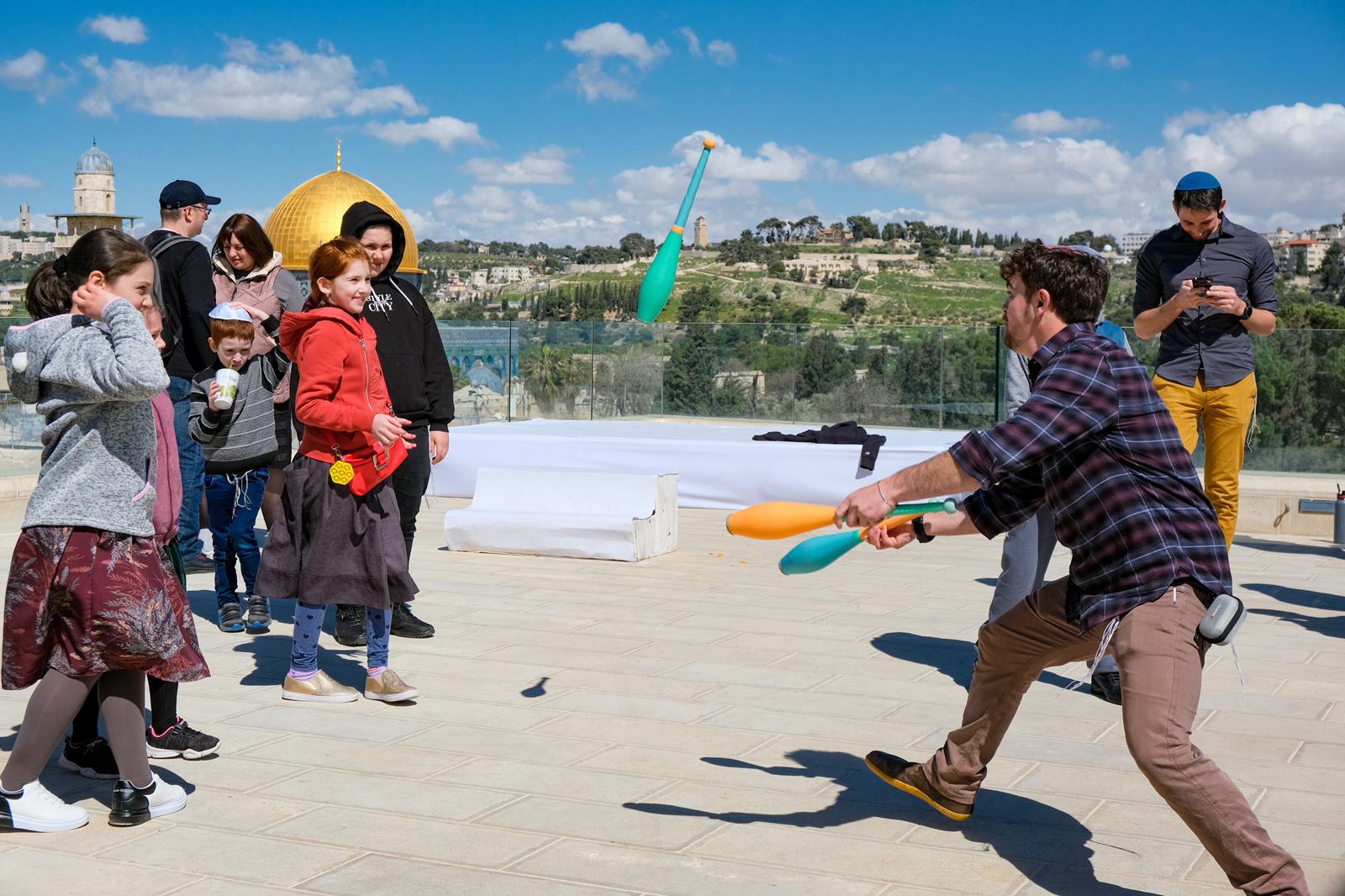 Both Shmuli and Eitan have taken this message of “Tikkun Olam” to heart and most importantly, acted on it.  They did not say, “we are just two teenagers, what can we do?”  They said, “We are two teenagers, and we are goings to do something!”