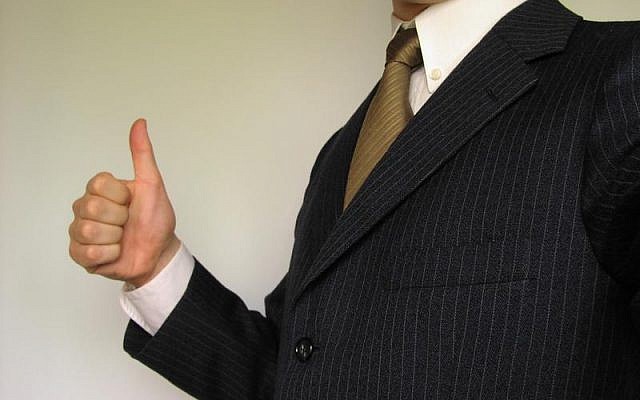 Part of the ceremonies involved in purifying a leper calls for smearing sacrificial blood (Lev. 14:14, 14:25) and oil (Lev. 14:16, 14:28) on his right thumb and on his right big toe. The phrases that the Torah uses to refer to those body parts are the “bohen of his hand” and the “bohen of his foot”. Similarly, when describing the inaugural rituals to consecrate Aharon and his sons as Kohanim, the Torah says that sacrificial blood should be put on the bohen of their hand and the bohen of their feet (Ex. 29:20 and Lev. 8:23). In this essay, we will explore the usage and meanings of the word bohen and its apparent synonyms in later Hebrew, gudal and agudal. We will also discuss three Aramaic words for “thumbs”, and trace their etymology.

Rashi (to Lev. 14:14) writes that bohen is the same thing as gudal. However, elsewhere Rashi (to Ex. 29:20) cites the Midrash Torat Kohanim (to Lev. 8:23) which explains that the bohen refers to the middle joint of the gudal (see also Rashi and Tosafos to Kesubos 5b, and Maimonides’ commentary to the Mishnah Shabbos 8:1).

There are two ways to resolve this apparent contradiction: Some say that Rashi means that bohen is the top part of the thumb, which extends to the middle joint of that finger, while gudal refers to the entire thumb. In this way, bohen can be somewhat synonymous with gudal, but actually refers to a specific part of the gudal. Others explain that Rashi understood that bohen literally means gudal, but in the ritual context in which the word bohen appears, it is hermeneutically expounded to mean a specific part of the gudal. The hermeneutic basis for such exegesis is the the juxtaposition of the requirement to put rituals bloods in the middle of the leper or Kohen’s ear to the requirement to put the blood on their thumb. Just as the former refers to the middle, so does the latter.

The word gudal and its close relative agudal do not appear in the Bible, but are used fairly frequently in rabbinic writings. The word gudal appears twice in the Mishnah (Ohalot 13:1 and Niddah 8:1) and the word agudal appears once (Yoma 2:1, although some versions of the Mishnah there read gudal). When the Talmud describes how haughty, conspicuous women would go about promiscuously, it says that they would walk “heel next to gudal” (Shabbos 62b, Yoma 9b), meaning that they would take small steps, ensuring that one foot’s heel would not pass the other foot’s big toe.

The Mishnah (Yoma 3:11) criticizes somebody named Hogras, son of Levi, who had superlative music abilities, but did not want to teach them to others. As the Talmud explains, he would place one thumb in his mouth and one thumb in the ground, while singing and using his other fingers to play musical instruments. In talking about his thumbs, the Talmud (Yoma 38b) uses the word gudal, while the Midrashic parallel in Shir HaShirim Rabbah §3:9 uses the word agudal. From this and other sources, we see and that the words the gudal and agudal may be used interchangeably. Rabbi Baruch HaLevi Epstein (1860–1940) explains that the gudal/agudal doublet is another example of a Hebrew phenomenon, in which an extra ALEPH is added to the beginning of words. Other examples of such a phenomenon is the word zeroa (“arm”), found all over the Bible, and ezroa (“arm”) found in Job 31:22.

So what is a gudal? Most commentators assume that the word gudal refers to the thumb. They provide various ways of explaining the connection between the root of gudal and the thumb. [However, I should note that Rabbeinu Bachaya (to Lev. 8:23) cites an anonymous opinion which argues that gudal refers to the fifth finger (i.e. the “pinky”), and is related to the word gedilim (“fringe”, Deut. 22:12).]

The root of gudal is GIMMEL-LAMMED-DALET, the same root as the word gadol (“big” or “great”). Based on this, Rabbi Shimshon of Shantz (to Ohalot 13:1) and Rabbeinu Bachaya (to Lev. 8:23) explain that the word gudal applies to the thumb because the thumb is generally the thickest of all of one’s fingers.

Alternatively, Abarbanel (to Ex. 29:20) writes that the two words for “thumb” focus on different features of the thumb’s abilities. He explains that the thumb is called a gudal because it is the “greatest” and most important of all the fingers, for if people did not have opposable thumbs, then they would not be able to grab things. In essence, the presence of the thumbs allows the other fingers to perform their intended function, and figuratively holds all the other fingers together. Based on this, he writes that in the Bible, the thumb is called a bohen which is spelled the same as bahen (“on them”), because the thumb has a special role over, or “on”, the other fingers. Once this was true regarding the thumb on one’s hand, the term bohen was borrowed to also refer to the big toe which is similar to the thumb.

Rabbinic literature uses three Aramaic words that mean “thumb”. The Talmud (Brachos 55b) says that if one arrives at a new locale and is scared of an Evil Eye, then he should put his right thumb in his left hand and his left thumb in his right hand, while declaring that he is a descendant of Yosef (who is immune to the Evil Eye). The word that the Talmud uses in this context is zikfa, which Rashi explains means gudal. The same passage appears in Pesachim 110a (where Rashi defines zikfa as agudal, again showing that gudal and agudal are interchangeable). The root of zikfa is ZAYIN-KUF-PEH which means “standing” because the thumb “stands out” in contrast to the other fingers by sticking out from the side of the hand. It “sticks out like a sore thumb.”

One page earlier in Pesachim 109a, the Talmud refers to a specific finger, and there are three different versions of the word used. In the printed Talmud, the word used is the Hebrew word etzba, which is a generic term that simply means “finger”. In some manuscript editions, the word that appears in that context is gudal. In Rashi’s version of this passage, the word that appears here is the Aramaic word ravravta (a word also used in Eruvin 10b). Rashi explains that a ravravta means the same thing as a gudal. It seems that ravravta is a literal Aramaic translation of gudal: the root of gudal is the same as gadol, and throughout the Targumim, the Hebrew word gadol is translated into Aramaic as rabbah, which in turn shares its root with ravravta.

Nonetheless, the Targumim themselves do not use translate the Hebrew word bohen found in the Bible into Aramaic as ravravta, nor do the Targumim use the word zikfa. Rather, the Targumim tend to translate the word bohen as ilyon/alyon or ilyona/alyona (see Gittin 69a and Rashi there). Linguists claim that this word is related to the Hebrew alyah which denotes the “fat of an animal’s tail”, because the thumb is fatter than and has more cartilage than the other fingers.

Midrash Tanchuma (Ki Tavo §4) makes a pun based on this Aramaic word. G-d promises that if the Jewish People properly follow His commandments, then He will make them the “highest” (elyon) above all the nations (Deut. 26:19, 28:1). The Midrash says that this means that Hashem will make the Jewish People like an ilyon (“thumb”), which is higher up than the other four fingers. This alludes to the idea that if the Jewish People would act properly, then they will rule over the Four Kingdoms (Babylonia, Persia/Media, Greece, and Rome); but also teaches that if they do not act properly, those Four Kingdoms will subjugate them.