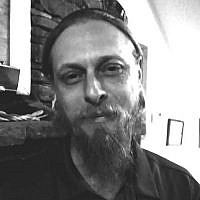 The Blogs
Forest Acker
Seeking glory for HaShem one Post at a Time.
Apply for a Blog
Advertisement
Please note that the posts on The Blogs are contributed by third parties. The opinions, facts and any media content in them are presented solely by the authors, and neither The Times of Israel nor its partners assume any responsibility for them. Please contact us in case of abuse. In case of abuse,
Report this post.

A look at the growing movement of Jewish Women and even Gentile Christians wearing tzitziyot… what is THAT about? 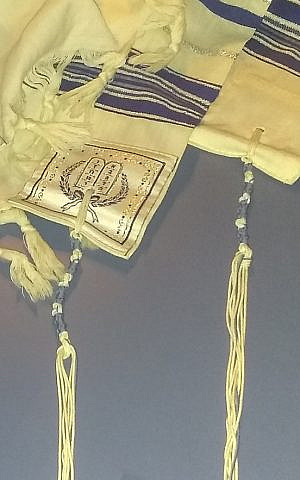 Any observant Jew will tell you what a pleasure it is to see those little tassels peeking out from the hem of a persons shirt, like tiny little banners declaring one’s allegiance to The Most High and His perfect mitzvot. For centuries these beautiful knotted tassels have been like silent calling cards that have invited chance encounters, Shabbat invitations while traveling, and unfortunately even persecution from time to time. These tassels seem peculiar to those unfamiliar with Judaism and they are. In fact, the primary purpose of wearing the tzitziyot is remembrance. It is something like the practice of tying a string around your finger to help you remember something important. In this case that “thing” is actually 613 specific commandments or mitzvot that were commanded to be obeyed with a whole heart by our Elohim. In practice, no person is actually subject to all 613 mitzvot of course, as some apply only to women or priests, others only in eretz Yisrael, etc. In B’midbar (Numbers) 15:38-40 we read,

Speak unto the B’nai Yisrael, and bid them that they make them throughout their generations tzitziyot in the corners of their garments, and that they put with the tzitzit of each corner a thread of blue. And it shall be unto you for a tzitzit, that ye may look upon it, and remember all the mitzvot of HaShem, and do them; and that ye go not about after your own lev and your own eyes, after which ye use to go whoring; that ye may remember and do all My mitzvot, and be holy unto your G-d.

Here, embedded within the commandment is also the reason for the commandment, “that ye not follow after your own lev (heart) and your own eyes, after which ye used to go whoring” It seems straightforward enough, you affix these special tassels to your outer garment and when you look at it you remember to keep your mind and heart always upon His Torah (which has a tendency to go “whoring” otherwise)! This is very different from what popular culture tries to encourage. T-shirts and glittery handbags scream out the popular worldly wisdom of “Following your heart” or “Believing in Yourself” when in fact here we see the exact opposite being commanded by the Creator who lovingly made us. He tells us to make tzitzit for the precise reason of reminding us NOT TO FOLLOW OUR HEART! 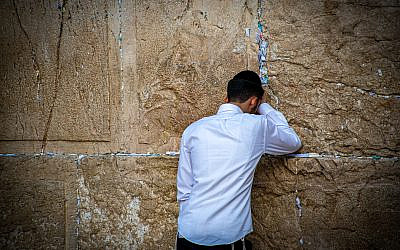 This mitzvot is considered by the Rabbis as a commandment bound by time. As the tzitziyot are put upon the four corners of a Talit, which is in turn used in the daily prayers dictated for certain times of day, it has been the long-held consensus of most of Orthodox Judaism that women are exempt from this commandment. However, even the great Rabbi Maimonides, in his Mishneh Torah (Hilchot Tzitzit 3:9) says:

“Women, slaves, and minors are exempt from tzitzit according to the Torah… Women and slaves who wish to wrap themselves in tallit may wrap themselves without making a blessing. 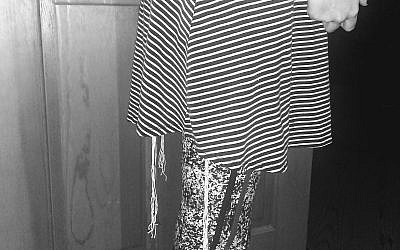 Based on this logic many Reform and even Conservative Synagogues have determined it is acceptable for women to wear tzitziyot, which Orthodox Judaism views with measurable skepticism. One of the arguments against women wearing Tallit or Tzitziyot is that the command follows the statement, “Speak unto the B’nai Yisrael…” The phrase ‘sons of Israel’ is argued, refers to sons, hence men not women. On the other hand, this is a lead up to most of the mitzvot and if we say that this statement excludes women from all the commandments it precedes we run into some serious issues. Another argument is that women wearing Talit, now long and widely accepted as a man’s garment, would violate the mitzvah in D’varim 22:5 which states that wearing clothes designated for the opposite gender is wrong. Yet such people will still insist it is wrong if the woman affixes the tzitziyot to an undershirt made for a woman, or a feminine tallit, which proves it is the tzitziyot they are considering a ‘man’s garment.’ On the other hand, some believe that any mitzvah one is capable of fulfilling applies to them and that there should be support and encouragement for any person, irrespective of their gender wanting to dedicate themselves to observance. The great thing is there are so many varying perspectives on this topic and as long as we can each give room to one another to fulfill the mitzvot in the way we will choose, the discussion can enrich us all.

All of these debates are in-house of course, assuming we are talking about Jewish Women. The real shocker is that GENTILES are wearing tzitziyot. You read that correctly… Gentiles… are… wearing… tzitziyot! The first question for any Jew is going to be, WHY? Why would a Gentile wear a Talit? Surprisingly they very often are NOT wearing a Talit at all. Instead, very often looped around the belt loops of their jeans, they are wearing tzitziyot (see the video above)! The first time I saw this I studied it for a while. The man quite clearly was not Jewish, nothing about him looked Jewish, ethnically or otherwise. Yet there they were 4 prominent tzitziyot dangling just past his T-shirt, complete with the blue tekhelt…. so I had to ask! 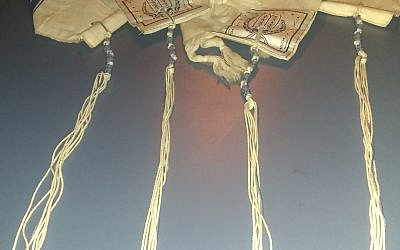 The man, as it turned out, called himself a Jew, but he believed in Jesus! He believed in keeping the Torah, even observing Shabbat and kashrut! He told me that he had been studying Torah for more than ten years and though his wife basically just thought he was nuts and ascribed to none of it, he had slowly adopted the various mitzvot, albeit in some strange ways. He insisted that nowhere in the New Testament did Jesus, whom he called Yeshua, teach that the Torah was abolished, as has been taught in Christian churches for thousands of years. Jews are used to the Christians who try to act as counter missionaries, attempting to convince them of their “need for a savior” but this new sect of Christianity is unique in its stance that in fact no part of the Torah was done away with. He insisted he was “NOT A CHRISTIAN because Yeshua was not a Christian, he was the most Jewish Jew in Jerusalem!”

So this is a topic my blog is going to begin to delve into now, as it is a movement that causes us all to take a step back and ask ourselves, what it means to be Jewish. There are Reform Jews who do not keep Kosher. Some Reforms Rabbis even identify as homosexuals! Now we have Christians (or at least believers in Yeshua) who not only keep Kosher and even Pareve (I have met MANY such people in the past decade) but are wearing Tzitziyot! One has to wonder do they also pray the Amidah; even the part where it thanks Hashem for not making them Gentiles? The question being tabled here is this:

Is Judaism an ethnicity, or is it, as Ruth the Moabite demonstrated, a calling to identify ourselves as children of Hashem and to keep His mitzvot? Is submitting to The Elohe of Abraham, Issac, and Jacob, and becoming united to His people, what makes us Jewish? What does being Jewish mean to you!? Leave a comment below to let us know what you think!