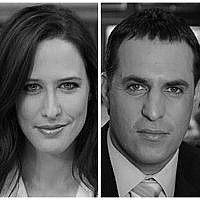 The Blogs
Yonit Levi and Udi Segal
Apply for a Blog
Advertisement
Please note that the posts on The Blogs are contributed by third parties. The opinions, facts and any media content in them are presented solely by the authors, and neither The Times of Israel nor its partners assume any responsibility for them. Please contact us in case of abuse. In case of abuse,
Report this post. 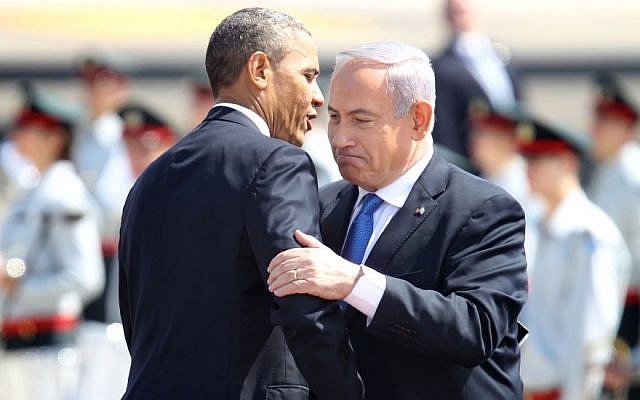 We work in television news. We understand drama. When pressed, we’ll even admit we understand how to take a little bit of drama and add some telegenic flair, so it appears to be very big drama. And in that respect, against our own journalist-working-in-a-commercial-channel-instincts, we’d like to offer an argument that might be difficult to believe, especially if you’ve been reading the reports and op-eds on both sides of the Atlantic in the past few weeks: in U.S. Israeli relations, nothing is fundamentally or irreversibly broken. These are indeed taxing times, both sides are too sensitive and irritated, our leaders look at the other and wish fate had dealt them a better hand, and we definitely don’t see eye to eye on every (or possibly any) issue. All this notwithstanding — The unshakable bond is still unshakable, for now. There is a discrepancy between the way things appear and the way they really are. It’s not that the situation is good – far from it — but that things appear to be worse than they really are.

What we’re observing these days is a domestic feud made public, and that’s never a pretty sight: Secretary Kerry tries to broker a deal, a cease-fire agreement draft is leaked, an Israeli minister and some journalists say harsh words about Kerry, and the State Department rushes to defend the Secretary’s honor, saying “this is not the way friends and allies should treat each other.” Not to sound flippant, but may we say Mister Secretary, really? Have you heard what some Israeli ministers are saying about their boss, the Israeli prime minister? His right wing ministers call Netanyahu “wavering,” “indecisive” and “weak”; his incorrigible deputy defense minister even went as far as to call Netanyahu “a feeble leftist” (and was fired for his pains). At least in Kerry’s case they have the decency to call him names behind his back.

This verbal sparring, albeit exciting and fine headline material, is nothing new. In the past, Israeli ministers were quoted as calling former Secretary Warren Christopher an “empty suit.” Madeline Albright was “the lady chasing Yasser Arafat” and what they said about James Baker is not fit to print. The United States of America is a superpower. It’s ridiculous for top American officials to take offense at faint remarks coming from the Levant (and by saying that we might have inadvertently insulted them once again).

When you look beyond the offensive remarks, castigating phone calls and hang ups between Israeli and American officials, the picture is still clear: under the “Support Israel” column, every single box has been checked by the Obama administration: Throughout Operation Protective Edge the United States has backed Israel, either in practice or in action. It even went as far as to show understanding for the ground operation it initially opposed, after already calling for a complete ceasefire. And all the while – Washington continued to send funds to arm the Israeli military and protect Israeli civilians (to say nothing of assisting, or trying to assist, Israel at the U.N.) So this begs the question: if everything is alright, why does it seem all wrong?

First, both sides may have a vested interest in appearing to be more at odds than they really are. Premier Netanyahu needs to show his rightwing coalition that he’s tough with the US. But that, at the same time, the Obama administration is pressuring him and he can’t go through with every military maneuver he dreams of. And Washington, for its part, must wave an angry finger and upbraid Israel. Why? They’re genuinely worried about the high death toll in Gaza, but at the end of the day, the attacks are made by American planes flown by pilots trained with American money, while the Iron Dome system protecting Israelis is also funded by the US. So at least they must appear upset. (From that perspective, even The Wall Street Journal report stating the Obama Administration has tightened its control on arms transfers to Israel suggests a belated attempt to divert attention from the fact that it was American-made missiles falling on Gaza throughout the operation.)

But the answer runs deeper than merely appearances gone wrong. What is truly damaged between the two countries did not happen in the past four weeks, it happened over the past four years, and maybe longer than that. There are dark and troubling waters rushing underneath the bilateral relationship. It’s a clash between a liberal and a conservative world view. President Obama described it in an interview with Channel 2 News, a year and a half ago: “I think that it is true that this is one of those unique times when you have what would be considered a center-left government here in the United States at the same time as you’ve got a more conservative government in Israel. Usually, things have lined up a little bit differently.”

American Democrats don’t understand the anti-democratic feelings in Israel – they cannot comprehend how two babies are born in a hospital an hour apart – the baby born in Jerusalem has all the rights in the world, and the baby born in Ramallah doesn’t. And more than anything, they can’t make sense of Israelis not doing everything in their power to fix this inequality. They might not realize that the Israeli consensus is that the country offered “everything” and the Palestinians said no (Ehud Barak to Yasser Arafat; Ehud Olmert to Mahmoud Abbas); and that in many ways, the people of this country are still traumatized by the events of the second intifada – when more than a thousand Israelis died in bomb blasts everywhere – cafés. Buses. Traffic lights. And consequently, it’s still difficult for Israelis to see Palestinians as a neighbor, not an enemy.

In that respect, John Kerry isn’t naïve, as Israeli ministers describe him. He is simply a representative of a worldview that many Israelis don’t agree with. Having, in his formative years, seen war up close (specifically – a large army facing a war against a guerilla force on the guerilla’s own turf) Kerry prefers diplomacy at all costs, and in this neighborhood at this moment, that’s a sign of weakness. Netanyahu and many others believed Kerry’s attempt at brokering a deal with Qatar and Turkey revealed a misunderstanding of the region and more importantly delayed a deal with Hamas through a quicker, Egyptian track, and gave the terror organization leverage in negotiations that it didn’t deserve. But shoving Kerry aside is carries a price. Maybe too high a price.

So what can be done now? The American side should stop listening to every Israeli politician babbling about the U.S. on the radio. God knows most Israelis have. More importantly — Israelis need to internalize the equation that a weak U.S. equals a weak Israel. We can have our differences, but we shouldn’t make John Kerry look silly, not only because it’s insulting and ungrateful but because it weakens Israel. Israel needs a strong Secretary of State that the world listens to. And, to both sides: stop expecting a different reality. If someone in the West Wing expects the Israeli public to push Netanyahu to the left, they should take a good look at public opinion polls. And so should those in Netanyahu’s office waiting for a Republican President. What should be done is to remember that the vital interests of both sides remain the same, and look for some small project to move forward – not the large capital P peace, but maybe some interim agreement, or a regional initiative, or an understanding on what to do with Gaza. For the two years still left, that might just be enough for Obama and Netanyahu to manage to stand each other.

About the Author
Yonit Levi is the anchor of the Evening News on Israel's Channel 2; Udi Segal is the network's senior diplomatic correspondent
Comments