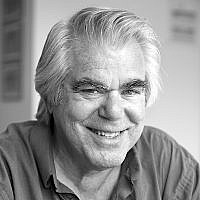 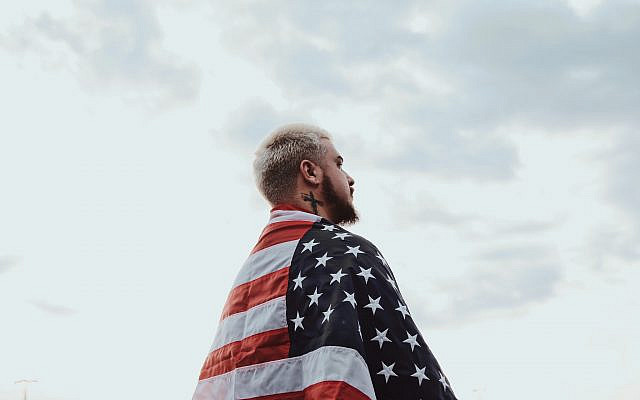 Going into Election Day last November, less than three months ago, the image of America in the eyes of the country’s progressives, its left-liberals, was of a white cop’s knee on a black man’s neck, choking the life out of him. Statues of American heroes had been pulled down all summer and progressives either joined in, watched and cheered, or kept silent.

Today their image of America is of a heart-on-his-sleeve, aged, white common man who slayed the dragon, who vanquished Trump, and who chose a black Asian-American woman for vice president. And that image of Joe Biden and Kamala Harris is filled with American flags, heart-swelling songs, optimism and fireworks.

Suddenly progressives, who could not say a good word about America in recent years, especially after George Floyd’s monstrous killing, are gushing with patriotism. Their hearts are full from national pride.

Five months ago, the superstar of American progressivism, Rep. Alexandria Ocasio-Cortez, spoke at the Democratic Convention on behalf of “a movement striving to recognize and repair the wounds of racial injustice, colonization, misogyny, and homophobia, and to propose and build reimagined systems of immigration and foreign policy that turn away from the violence and xenophobia of our past; a movement that realizes the unsustainable brutality of an economy that rewards explosive inequalities of wealth for the few at the expense of long-term stability for the many …” It was a brief speech; that was the gist of it. For AOC, America was all bad.

That was five months ago. Five days ago, a self-described “skinny Black girl,” 22-year-old Amanda Gordon, stole the show at the inauguration with a poem that was at once progressive in spirit and as patriotic and optimistic as can be imagined:

We will rise from the golden hills of the West.

We will rise from the windswept Northeast where our forefathers first realized revolution.

We will rise from the lake-rimmed cities of the Midwestern states.

We will rise from the sun-baked South.

We will rebuild, reconcile, and recover.

And every known nook of our nation and every corner called our country, our people diverse and beautiful, will emerge battered and beautiful.”

What happened to American progressives? What changed in them, why did it change so fast, so radically?

Progressive disdain for America didn’t begin with Trump, but it intensified and spread during his tenure, which shouldn’t be a surprise. If America could elect such a flagrantly racist, misogynistic, greedy, domineering thug as its leader, if he could become the object of cult worship by huge masses of Americans, didn’t that say something really, really bad about the country? It wasn’t an easy time for progressives to see America’s good points.

But then came the reaction from anti-Trump America: a historic mobilization of voters, resulting in a wipeout on Election Day. That was the start.

Then Trump tried to steal the election – but he was shot down in one U.S. courthouse after another. It turned out he hadn’t managed to corrupt America’s judicial system as people had feared.

Then the Democrats won both Senate races in Georgia, giving them all three branches of government and the power to do what two earlier patriotic progressives, Franklin Delano Roosevelt and Lyndon Baines Johnson, did: make a deep, lasting dent in American poverty and inequality.

That was it for Trump – he got impeached again, not even the Republicans want anything to with him anymore, and he may well end up behind bars.

And then came the inauguration, with hundreds of thousands of flags – an American extravaganza, with Biden ending his speech, as he always does: “May God bless America. And may God protect our troops.”

He’s begun his presidency as he said he would – by focusing on economic aid; economic, racial and gender equality; the coronavirus and climate change.

Obama said it best in his 2008 speech on race, “A More Perfect Union,” in response to the discovery of some of his former pastor Jeremiah Wright’s stridently anti-American sermons. In Obama’s words,

“The profound mistake of Reverend Wright’s sermons is not that he spoke about racism in our society. It’s that he spoke as if our society was static; as if no progress had been made; as if this country … is still irrevocably bound to a tragic past. But what we know – what we have seen – is that America can change. That is the true genius of this nation.”

Obama. LBJ. FDR. Lincoln. That’s the tradition Biden comes out of:  American progressives who were American patriots. There’s no contradiction in those two identities, and there never was.

CLICK HERE to get my new memoir, “Playing Till We Have to Go – A Jewish childhood in inner-city L.A.” Available at Amazon: $2.99 Kindle, $8.99 paperback