Quitting European information sharing structures would be a dangerous experiment that might have lasting effects on our intelligence and, ultimately, our safety.

Of course, there is little point in arguing about the quality of Britain’s intelligence services. Despite this week’s revealed divisions between MI5 and MI6 during the “war on terror”, it is undeniable that our spy agencies are among the best and most efficient in the world.

Thanks to a combination of first-class capabilities of both the Secret Intelligence Service and GCHQ and remarkably close inter-agency cooperation British intelligence has achieved better results than any other European intelligence service.

While I agree with my friend and Quilliam’s managing director Haras Rafiq, who has written supporting Leave, that Britain’s intelligence cooperation will and should continue to take place bilaterally and with the Five Eyes alliance, efficient information sharing with continental Europe will be absolutely crucial in the years to come. 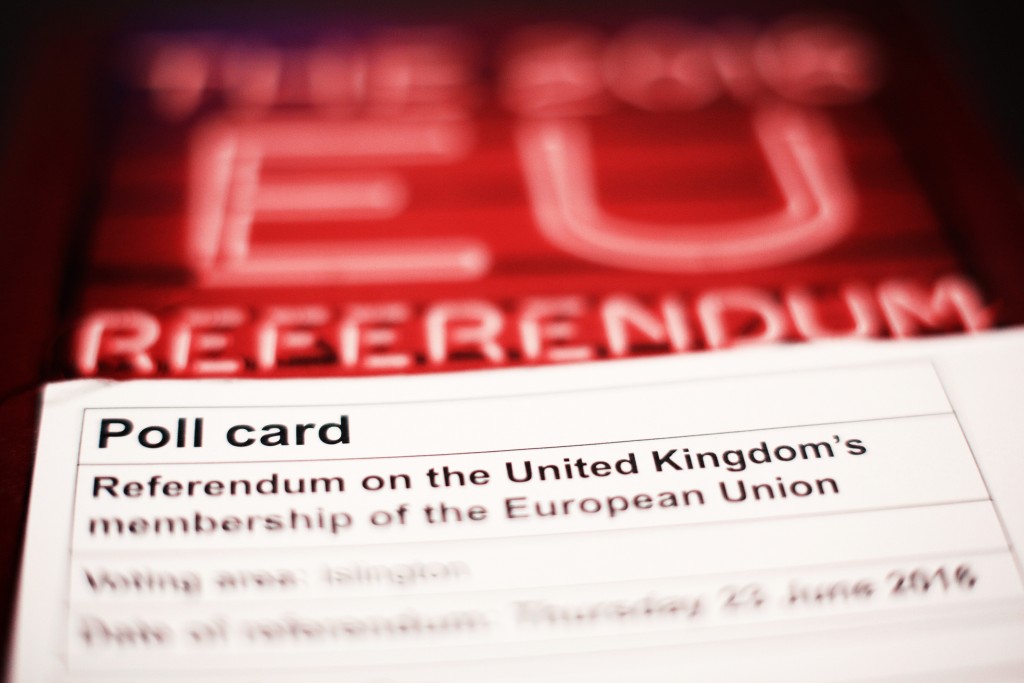 In or out: the UK is on the brink of a momentous decision.

As Quilliam researcher Julia Ebner and I outline in our report The EU and Terrorism: Is Britain Safer In or Out?, there are various reasons why it would be a bad idea to leave EU structures from a security perspective.

We may shake our heads at poor intelligence gathering capabilities in Belgium or complain about the ridiculously inefficient information sharing between their many uncoordinated agencies.
Yet, isolating ourselves to escape their incompetency will not help us fight the full-blown jihadist insurgency that is underway on our continent and across the world.

We need to make sure that our partners on the other side of the Channel get better at whatever they are doing because their safety ultimately translates to our safety.

Whether we close our borders to EU citizens or not, Brussels will still be only two hours away.

Our Jewish communities know only too well the historic cost of turning a blind eye to a murderous ideology rising on the continent. The last time we faced such a continent-wide threat – for Nazism too was fully prepared to justify killing anyone in its way – intelligence cooperation was crucial in bringing it to heel.

Indeed, the genesis of an ever-evolving European Union was born from precisely this bitter experience.

While in terms of mentality and function we might be closer to our partners in the US, geographically we have always shared immediate security threats with our European counterparts before the Americans.

With the decline of al-Qaeda and the emergence of ISIS we have seen a new threat landscape evolve that has thrived more on European ground than it has anywhere else.

Former Head of Global Counter-Terrorism Operations at MI6 Richard Barrett told our researcher that as terrorists today are “more likely to be Francophone than Anglophone” cooperation with French and the Belgians has become much more important than a decade ago when most threats were emanating from Pakistan and Afghanistan.

In recent years this has translated into more cooperation with Europe; in particular GCHQ has engaged more actively with European partners.

Adding to our existing cooperation with the US and Five Eyes countries by diversifying our intelligence sharing partners can only be a good thing. Continental European agencies have different geographic expertise that we can tap into.

For example, the French, Spanish and Dutch have better visibility in North Africa and the Sahel and the Polish have good insights when it comes to Russia.

The same is true for thematic specialisations: the EU and in particular Europol is already our primary reference when we deal with cyber threats and weapons of mass destruction.

It is true that bilateral cooperation can continue outside of the EU but to leave would be a waste of existing structures and relationships that we have tirelessly built up since that last common ideological foe that arose before the Second World War.

Automatic sharing of bulk data on passengers and vehicles allows us to track back suspicious individuals and check their DNA against European databases, which is crucial for the work of our law-enforcement bodies and can significantly accelerate crime investigations.

It is only from within the EU that Britain can actively shape the development of these important information sharing agreements and can push for the reforms that are desperately needed to make Europe safer.

Our German and French sister agencies will be everything but delighted at our departure from the European family. Even if they will still want to continue sharing information with us, we should bear in mind that intelligence is as least as much about trust as it is about capabilities.

If we violate their trust, our European partners will think twice before providing us with data. This hesitation in itself can lead to dangerous gaps and time lags in intelligence sharing.

The lengthy, tedious renegotiation process that will likely follow a Leave vote will not only be accompanied by high transaction costs but also lead to temporarily discontinued or uncertain access to data sharing mechanisms.

This ‘discontinuity of leaving’, as we call it in our report, could leave us more exposed to Paris-style terrorist attacks.

Terrorists are good at sensing and exploiting gaps that arise.

Concerns regarding the security of information are understandable and although intelligence should be a team game it is important that we keep playing according to our rules.

EU law does not oblige us to commit to any information sharing arrangements that we not want to be part of.

Intelligence is never self-sufficient. Taking for granted that our expertise will stay among the best, is risky and irrational in the light of the rapidly moving and complex challenges that the intelligence world is confronted with today.

In times like these, where threats can move from the offline to the online space and from one country to the next within a matter of seconds, it is indispensable to strengthen rather than weaken cooperation both internationally and regionally.

For all these reasons and more, I declare my position for us to Remain in the EU. Although we may perceive our secret agents as indestructible James Bonds, in reality they have limited resources and capacity.

And they certainly do not drive Aston Martins.