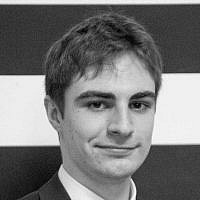 The Blogs
Jacob Campbell
Apply for a Blog
Please note that the posts on The Blogs are contributed by third parties. The opinions, facts and any media content in them are presented solely by the authors, and neither The Times of Israel nor its partners assume any responsibility for them. Please contact us in case of abuse. In case of abuse,
Report this post.

Since the controversial publication of the list of over 300 unindicted co-conspirators in the 2007 Holy Land Foundation trial, several major Islamic charities have come under intense scrutiny amid growing accusations of their collusion with an international terror-financing network. Nevertheless, many of these groups continue to operate freely across the globe, despite the enormity of the allegations made against them by multiple national intelligence agencies.

Concerned that the European Union might be unwittingly sponsoring the activities of these dubious organisations with taxpayers’ money, Friends of Israel in UKIP recently compiled a dossier on two prominent Islamic NGOs which receive EU funding. The information contained in this document prompted and formed the basis of the following parliamentary question, submitted recently to the European Commission by UKIP MEP Mike Nattrass:

According to the Commission’s own records, the European Union granted EUR 22 547 138 to Islamic Relief Worldwide between 2007 and 2011.

In anticipation of being assured that the EU only funds specific humanitarian projects as opposed to the organisations that coordinate them, I would draw the Commission’s attention to the findings of an independent evaluation of a major EU-funded project, which noted evidence of ‘weak monitoring by EC staff and poor knowledge of what projects are actually about, particularly at the Brussels level’. Furthermore, as NGO Monitor observes, ‘many of the organisations which receive funding from the EU are unelected, nontransparent, and unaccountable, which makes the funding process capable of being subject to abuse’. Consequently, there is no way of knowing that taxpayers’ money has not found its way into the hands of terrorists.

In light of these facts, will the Commission admit that it was unwise and dangerous to provide funding to Islamic Relief Worldwide, and undertake never to do so again?

In a separate parliamentary question, Mr Nattrass also censured the European Commission for granting over €9 million to Muslim Aid, claiming:

Muslim Aid was [also] one of the founding members of the Union of Good [… and] was one of several associations outlawed by the Israeli Ministry of Defence because ‘they are part of Hamas’s fundraising network, and both support and assist it’. Indeed, Muslim Aid has openly admitted transferring funds to the Islamic University of Gaza – a Hamas-controlled institution – and to the al-Ihsan Charitable Society, which is linked to Palestinian Islamic Jihad.

Additionally, Muslim Aid has been identified by no less than three separate Bangladeshi intelligence agencies as one of ten NGOs that finance and promote Islamic terrorism in Bangladesh. In 2002, similar concerns were expressed by Spanish authorities, who alleged that Muslim Aid ‘used funds to send mujahideen fighters to Bosnia’. The prestigious Brussels-based International Crisis Group has also documented Muslim Aid’s extensive links to the charity KOMPAK, which acts as a fundraising front for the Indonesian jihadist group Jemaah Islamiah.

We eagerly await the Commission’s response.

About the Author
Jacob Campbell is a Fellow at the Humanitarian Intervention Centre and Press Officer for Friends of Israel in UKIP.
Comments