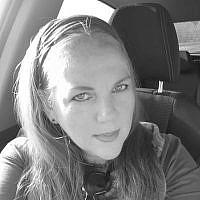 The Blogs
Nehama Julie Feldsher Sharabi
Apply for a Blog
Advertisement
Please note that the posts on The Blogs are contributed by third parties. The opinions, facts and any media content in them are presented solely by the authors, and neither The Times of Israel nor its partners assume any responsibility for them. Please contact us in case of abuse. In case of abuse,
Report this post. 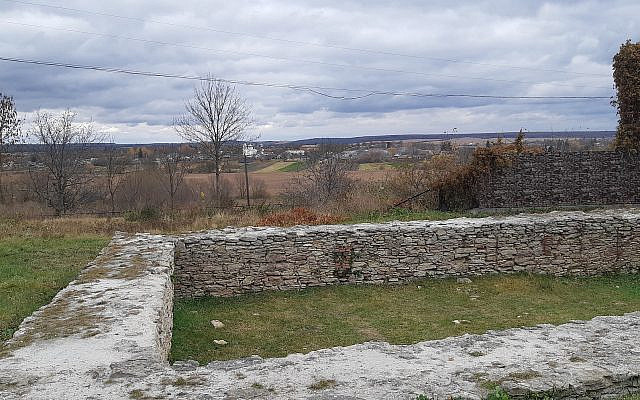 Last week, an opportunity surfaced, and my husband asked me if I would be interested in a spontaneous trip to Uman in the Ukraine. Over the past 12 years, whenever the subject came up about going to Uman, my response was, “Yeah, I need to go to Uman. But first I need to go to LA to see my family, THEN Uman. But one day, hopefully soon, I will go.” This time was different. I am not typically the spontaneous type, but my only ‘issue’ about going (within a matter of hours) on this sudden three-day voyage was “are our passports current?” I determined that I would go home later that day, check our passports and give him the answer. After going over our travel documents, I saw that all was okay and that I no longer had any reason to say no. Afterall, our son was to be in yeshiva until the following week, our oldest daughter was invited to a friend in Beit Shemesh for the weekend and our younger daughters were begging me to let them stay at their baby cousins’ house in Petach Tikva. We were just one corona test away (with a bit of ordeal) from our excursion.

My expected stew of emotions over travelling to this part of the world requires my providing a bit of background. Over 20 years ago, a good friend introduced me to the teachings of Reb Shlomo Carlebach. Although he left this world in 1994, much of his writings and teachings are made available online. From week to week, I would print out his transcribed lectures and share them at the Shabbat table, carry them with me and learn them on my spare time or whenever worry would get the best of me. They were my lifeline and my life raft back to the shores of Yiddishkeit. I had become religious only a short while prior to this period, but I had seemingly replaced what was a hearty spiritual yearning for rigid adherence with a sense of duty that outweighed meaningful connection. Once I was turned on to Reb Shlomo’s chasidut, all that changed. My black and white religious life became a vibrant, rich spiritual yearning with endless books, teachers, talks and experiences to fulfill it. Like adding technicolor to old Hollywood films, my devotion to G-d started coming to life. Through Reb Shlomo, I learned of chasidut, a mode of Judaism started by the Baal Shem Tov, and later translated and spoon fed to us simple Yidden – in simple, applicable and livable terms, by his grandson, Rebbe Nachman of Uman.  Without knowing it in any concrete sense, I had become a chasid of Rebbe Nachman, the Lubavitcher Rebbe, Reb Shlomo and of so many of our amazing teachers we are privileged to have as guides in this generation – and I always knew that one day, I would go, like so many before me, to the tzadik, Rabbeinu Rebbe Nachman.

As if this were not reason enough to move me, my paternal grandparents came from this part of the world; “somewhere between Kiev and Odessa” is what I had been told whenever I asked where they came from. Much of our family history is a mystery to me but given the bloody history of the Jewish people in this region – centuries of torment, torture and ultimately wholesale destruction – I knew it may be a bit stirring for me to confront this. Walking in the footsteps of my grandparents, who left for the US in their late teens, picturing their experience there, wondering what it must have been like to leave all their family behind, driving past massive forests that my ancestors likely took refuge in fleeing Cossacks, Ukrainian farmers, police and Nazis, just had my head spinning.

Nonetheless, I took it on. This trip did not disappoint. I was moved to see that although the Jewish community in Ukraine was nearly decimated, pulling into Uman, I could see signs and billboards with pictures of prominent rabbis and Hebrew and Yiddish words in Hebrew letters. Most of the locals working there spoke and understood Hebrew and there were businesses, organizations and tour operators owned and operated by Jews. Top it all off with a Jewish president and prime minister of Ukraine, and there you have it: Am Yisrael Chai. I just couldn’t get that beautiful, truthful and inspiring phrase out of my head. Am Yisrael Chai, the Jewish people live!

The morning after I arrived, cleaned and dressed up, I made my way to kever (tomb) of Rebbe Nachman. I had no expectations as to how I would feel finally making it to this hallowed place. I also did not know exactly where his tomb was, in reference to the prayer section I had entered. I sat immediately, right by the entrance, as the electricity in the air was palpable and I didn’t want to feel overwhelmed. I prayed, said hitbodedut (personal meditation in one’s own words) and read some tehillim (Psalms). Once I got up to leave, I realized that Rebbe Nachman’s tomb was somewhere near the corner, across the room from where I had been sitting. I felt satisfied, though, knowing that being there was enough, and ‘mission accomplished’.

Later that day – Friday night – the place started to bustle with hungry souls. Women of all types were filling the room. Lots of small children – loud, active, but somehow all adorable, added to the ambience. I decided that I would head over to the corner where I asked a friendly looking woman, “Excuse me, is this like the closest one could get to the kever?” She answered, “This IS the kever. And right here is where his head is.” All I could say, through tears, was “Wow, wow, wow, wow! How fortunate I am! I’m so fortunate! How fortunate are WE?” She kind of laughed, realizing it was my first visit to Rebbe Nachman, understanding my excitement.

Next, every few minutes, a woman or a small child would walk up to the kever and kiss it. For some reason, this simple act really tugged at my heartstrings. This was not the first time I had witnessed it. In fact, it’s commonplace to kiss the graves of holy, righteous people and especially rabbis, but here it was as if they were paying their older relative respect. It was done with such love and gratitude; one could taste it. I could not stop watching people walking up to kiss the kever. A woman in her 20’s arrived dressed in faded, tight blue jeans, a sweater and a mop of big, black curls. She kissed the kever, shouted out how much she loves Rebbe Nachman. She danced, she sang, and she chanted. And she stirred something in all of us. We all watched her – not with judgment, but in awe of her fire. I felt envious of her – so free, so awakened, so connected! She must have inspired all of us. And the electricity in the room was soaring.

Shortly after prayer, most of us ate at the same hotel hall. Everyone was seated at separate tables – arranged either by family, couple or friend group – but we were all on the same high. At some point during the evening meal, I realized that the day I flew into Kiev to pay homage to Rebbe Nachman, was the 27th yahrtzeit (anniversary of the passing) of Reb Shlomo Carlebach! Not only was this the perfect time to go away logistically speaking, but clearly an auspicious one to boot. I am so grateful to these tzadikim, for giving me guidance over the years, for all the little signposts along the way and to my husband for urging me to go to Uman. I still don’t believe I was there! What a high! B”H

About the Author
Born and raised in Los Angeles, California, I began my spiritual journey probably prior to learning to walk or talk. Since then I have evolved, progressed, regressed, learned and lived many lives. I started becoming observant just over 20 years ago, close to the time I went back to school and obtained a BA in history at UCLA. My experience there was enjoyable albeit kind of useless, now looking back. In 2009 I made aliyah with my husband and three kids. We have been living in Ganei Modiin ever since, had another child - so now four in total. I became a reflexologist several years ago and it's a labor of love working with women to help them learn to love themselves. I love reggae music and I have a background in it from years in radio and countless shows I have had the privilege of attending. I intend to continue to grow and learn, to be the best me I can be. If what I have to share here helps to inspire or comfort just one person, then wonderful!
Related Topics
Related Posts
Comments