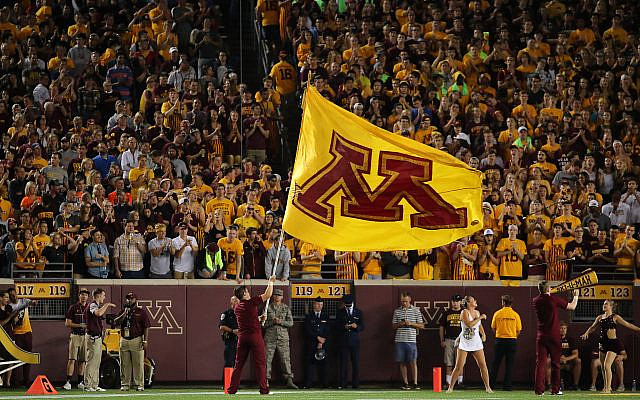 The International Holocaust Remembrance Alliance’s (IHRA) definition of Antisemitism is profoundly important for the protection and liberation of Jews all over the world. In order to stop hatred, we must first be able to define it. This is why the University of Minnesota (UMN) student body MUST vote in favor of the upcoming referendum to adopt the IHRA definition on campus.

Antisemitism is the world’s oldest form of hatred. But modern anti-Semitism is complex, nuanced, and looks different today than it did during the Holocaust. It isn’t always obvious to the casual observer what might constitute anti-Semitism, which is why it is so important to have an equally nuanced definition of this type of hate so we can identify and put a stop to it.

Unfortunately, UMN has had a number of anti-Semitic issues on campus. Throughout the years there have been multiple instances of anti-Semitic and neo-Nazi graffiti and vandalism. One student reported coming home to his dorm and finding a swastika and the phrase “Nazis Rule” written on his dorm whiteboard. These grotesque displays were meant to frighten and intimate Jewish students — forcing them to live in fear. Though UMN administrators have spoken out against these acts, their work is not done. I urge the student body to adopt the IHRA definition of anti-Semitism to educate and promote an inclusive and open campus environment.

The IHRA definition states “Antisemitism is a certain perception of Jews, which may be expressed as hatred toward Jews. Rhetorical and physical manifestations of antisemitism are directed toward Jewish or non-Jewish individuals and/or their property, toward Jewish community institutions and religious facilities.” The incidents at UMN were clear attacks on Jewish students. If the university adopts the IHRA definition, it will be empowered to identify and appropriately deal with any similar attacks in the future. Not only that, but it will carve out space for vibrant debate on foreign policy. By clearly defining anti-Semitism, students can freely discuss the sensitive and emotionally charged topic of Israeli government policies without the conversation devolving into racism and bigotry.

It is absolutely unacceptable that anti-Jewish racism is still so prominent on college campuses, where students are meant to be themselves and grow as individuals. Students from different backgrounds are supposed to be able to come together and celebrate their shared values and their differences. But Jewish students are too often isolated as a result of the fear, discrimination, and targeted anti-Semitism they experience on campus.

31 world nations including the United States have adopted the IHRA definition. Now UMN must do the same.

The IHRA definition gives us a roadmap to identifying anti-Semitism – something we desperately need in order to protect our fellow students from discrimination and violence. The UMN student body must stand strong against hate and ignorance by voting to adopt the IHRA definition of anti-Semitism to ensure a better UMN for ALL students.