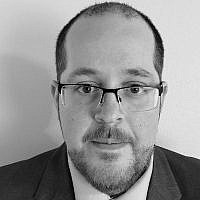 The Blogs
David Litman
Apply for a Blog
Please note that the posts on The Blogs are contributed by third parties. The opinions, facts and any media content in them are presented solely by the authors, and neither The Times of Israel nor its partners assume any responsibility for them. Please contact us in case of abuse. In case of abuse,
Report this post. 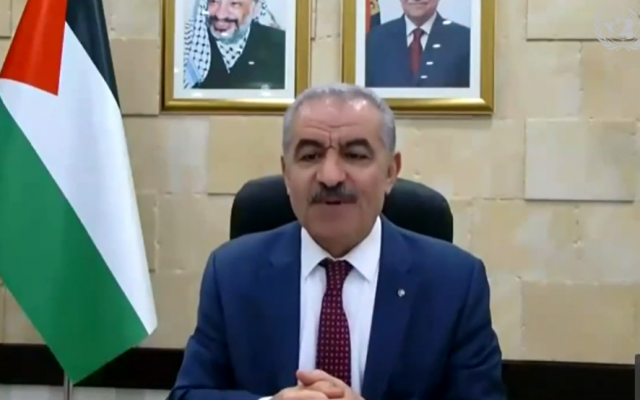 It was just a few days ago on May 10 when, shortly after 6:00pm local time, Hamas began its latest campaign of terror when it launched an opening salvo of rockets at Jerusalem. It went on to fire even more barrages — totaling about 470 rockets – throughout the country that night. Other than perhaps unserious people who think the use of nonlethal riot control methods by police, even if allegedly somewhat heavy-handed, somehow justifies the murder of uninvolved civilians, no honest person disputed that Hamas started this.

But then again, there is also the United Nations, which believes Israelis deserve terrorism. It’s a belief the UN has legitimized and mainstreamed, helping foment the shocking explosion of genocidal anti-Israel and antisemitic rhetoric in recent days.

Mere hours after Hamas’ attack on Monday the UN’s “Committee on the Exercise of the Inalienable Rights of the Palestinian People” (CEIRPP), released a statement which read:

The Committee is further alarmed by Israel’s escalation in the Gaza Strip today, where missile strikes are reported to have killed at least nine Palestinians, among them three children.

Yes, you read that right, and no, they don’t mention the Palestinian rockets anywhere in the statement. Consider the implications of this statement. To CEIRPP, the launching of hundreds of rockets by a terrorist organization at civilians was not an escalation. The only real crime they found worthy of alarm was the Israeli response in targeting those terrorists firing rockets at Israeli civilians. It’s almost like CEIRPP believes that war crimes against Israelis are one of those “inalienable rights of the Palestinian people” the committee is named after.

In fact, that’s exactly what they believe.

One can see this idea appear many times in many ways throughout the UN’s history. Take for example the case of PLO terrorist Ziad Abu Eain who recruited and trained the terrorist responsible for a 1979 bomb attack that killed two Israeli children. Referencing that Palestinian “right” to use “all available means,” the General Assembly went so far as to adopt an entire resolution just to “strongly deplore” the U.S. extradition of the terrorist to Israel to stand trial. After all, according to the UN, it was Abu Eain’s right to help kill Israeli children.

More recently, on December 6, 2018, the UN voted on a draft resolution, introduced by Ambassador Nikki Haley, that would have taken the simple step of condemning “Hamas for repeatedly firing rockets into Israel and for inciting violence, thereby putting civilians at risk.” Before the vote, Ambassador Haley told the assembled delegates that “the question before us now is whether the UN thinks terrorism is acceptable if, and only if it is directed at Israel.” The General Assembly rejected the draft resolution. The answer was the same in 2018 as it was in 1974: Israelis are uniquely fair game for terrorists.

Of course, CEIRPP and the General Assembly are highly politicized bodies with no real legally binding powers. But words and politics have consequences. We’re seeing those consequences today. To our horror, we’ve seen an explosion of anti-Israel and antisemitic rhetoric openly celebrating and promoting violence against Jews.

Who hasn’t seen a Facebook post about the Israeli child killed by Hamas with thousands of “Haha” reactions? Who hasn’t seen the Instagram post from New York about “Find targets nearby. Find where these Zionist fools live, and where there offices are, and act”? How many “Hitler was right” comments have we seen? Celebrities are now fueling this outburst, too. Pakistani actress Veena Malik shared a quote she attributes to Adolf Hitler with her millions of followers that read “I would have killed all the Jews of the world…but I kept some to show the world why I killed them.” Even U.S. congresspersons are echoing the UN, like Rep. Cori Bush “standing in strong solidarity with Palestinians rising up” before calling for the U.S. to end military aid to the Jewish State (which helps pay for the Iron Dome) as thousands of rockets rain down on Israeli civilians. Sound familiar? It was just a couple months ago when the UN Human Rights Council renewed its call for an arms embargo on Israel, while demanding Israel (but not Egypt) lift its blockade designed to prevent the flow of arms to terror groups in Gaza.

This tsunami of hate was made possible and legitimized by the decades-long successful campaign of othering the Jewish State, especially at the UN. It needs to end.

The imperative is not on Jewish people. We’ve been in this fight alone for far too long. Instead, it is on those who call themselves allies of the Jewish people. Too many world leaders cry crocodile tears at Holocaust memorials before they turn around and acquiesce at a UN that tells Jews to lie down and die. Too many of our friends privately tell us how gutted they were at the Tree of Life synagogue shooting, but when “anti-Israel” mobs start attacking synagogues, it suddenly becomes a “complicated issue.”

Treating Jews and the Jewish State the same way as any other group or country is not a complicated issue. The longer you pretend otherwise, the worse it will get for Jews everywhere. Your solidarity matters before we’re dead, not after.