The “status quo” for the Temple Mount/Noble Sanctuary is a travesty of justice. Non-Muslims have almost no access — and are removed if they seem to be praying during the few hours they are allowed to be there. Muslims may do anything they like. Understandably, they pray and visit the Dome of the Rock and the al Aqsa mosque. Unconscionably, some of them hold picnics, spread litter, play ball, practice parkour, collect large rocks and other weapons, attack people standing below, and pay others to harass non-Muslims in a multitude of ways. And “status quo” means that Israeli security forces enforce the grotesque restrictions on non-Muslims while rarely doing anything about actual bad behavior.

There is a large international network of purported pro-Palestinians who put in a lot of effort to deny any connection between the Temple Mount and non-Muslims. No chance is missed to “warn” about violence if the status quo is violated – and the warnings seem to function as permission and encouragement to go berserk “in defense of al Aqsa.”

It was wise to remove the Israeli flag on the Temple Mount/Noble Sanctuary after its capture in the Six Day War. And I can understand that there was still a belief that peace would be granted in return for land, and that Jordan could be trusted to honor an agreement to ensure equal access.

But the Mount — Har HaBayit — is the cornerstone of the Jewish nation. Israel’s most powerful leaders in 1967 apparently lacked this historical knowledge — or didn’t care about it. However, there were many historically literate influencers in the international community who might have supported shared control over the Mount — if only Israel had asked — and if only such influencers would have been willing to display moral courage.

Since then, the most powerful Israeli leaders have signaled again and again that equal access doesn’t really matter. This feeds into the narrative that there is no connection between the Jews and the Mount – indeed, no connection between the Jews and “The Holy Land”. This narrative has always been central in anti-Zionism, but its importance has increased markedly since 1974, when the PLO adopted its phased plan for Israel’s destruction. And the narrative has become perhaps the single most powerful weapon used against Israel since the PLO – prematurely called the state of Palestine – began joining international organizations, not least UNESCO in 2011.

Every time this narrative is put forth without being effectively opposed, those who want to destroy Israel are made bolder – and more violent. This issue has become a textbook case of suicidal appeasement.  Yet Israel is helpless to change the status quo – indeed the government is forced to defend it more and more vociferously.

I am sending this plea to key officials and politicians – and hope you will too.

References / Documentation of the problem

I will try to find the time to list some of the most egregious examples of the problem in a comment field.

About the Author
I am an American who has lived and worked in Denmark since 1978. On retiring from "gainful employment" in 2013 I noticed - really noticed - how much bashing Israel is getting from within and without, and found it not only grossly unfair but dangerous. Since then I have worked full time as a volunteer to try to open Danish minds and hearts, to stimulate curiosity about Israel to replace or prevent the development of indifference or actively negative feelings. Sometimes I write in English and use my ToI blog to share.
Comments 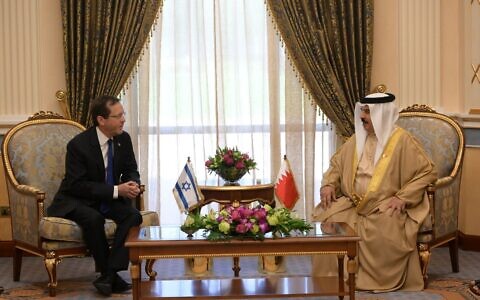 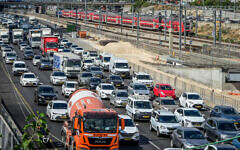 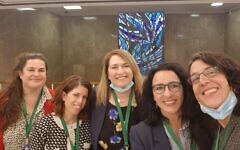