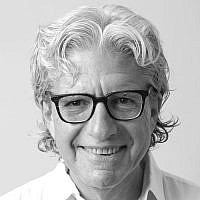 The Blogs
David Sable
Change The World
Apply for a Blog
Advertisement
Please note that the posts on The Blogs are contributed by third parties. The opinions, facts and any media content in them are presented solely by the authors, and neither The Times of Israel nor its partners assume any responsibility for them. Please contact us in case of abuse. In case of abuse,
Report this post. 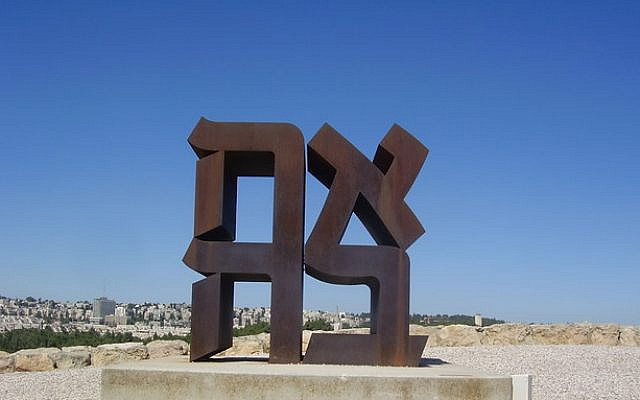 Unconditional Love…the notion that you love me no matter what…is core to all lasting and meaningful, serious, relationships. I learned of its critical power to transcend temporary obstacles and possible detours, the kind that can derail and destroy the bonds between parent and child, for example, from our daughter in her terrible teens.

As she was our first, we were filled with angst (how quickly one forgets one’s own teen years!) wondering how to behave ourselves….what to do….how not to alienate her, when she told us…”look it’s simple. My job is to be a teenager. Yours is to be my parents and love me no matter what”.

Does Not Mean Abdicate Accountability

Simple indeed. And listen carefully “Be my parents”…she didn’t expect us to abdicate our accountability, not at all…in fact to the contrary as it turned out,, and as she told us much later…she felt lucky that we applied rules…made her turn off her phone at a certain time and adhere to a curfew…while some of her friends had carte blanche. The upshot is the lasting and deep and mutually respectful relationship we have today.

Am I A Self-Hating Traitor?

I bring this up because my In-Box is full of e-mails, articles, blogs and shares and making it clear that I am a traitor…Anti-Israel…clearly a self-hating Jew and possibly even an Anti-Semite if I dare to criticize the current democratically elected government of the State of Israel.

Often, ironically, the same messages include similar exhortations about Trump, his acolytes and the far-right fringe of the Republican party. Support them or you are some or all of the above.

Is it possible that I don’t love Israel as much as they do? Is it possible, that I, and the thousands, in Israel, who are protesting against this government are in fact traitors and guilty of “wild incitement” in the words of Prime Minister Netanyahu?

Is My Love Only Judged By My Giving Up all I Believe In?

Can it be that the measure of my love for Israel is based, solely, on my abandoning; all that I have believed Israel stands for?; all that I was taught made my Jewish Identity so special; my American-Jewish ethos and of course all semblance of ethical/moral behavior.

Or Could My Love Be deeper. Unconditional Love.

The issue, as I see it, is not Zionism….there are many brands and no one of them is the only, right one….not to mention that key members of the coalition government are not Zionists, in the modern sense, with the exception of what they can get in the way of grants, subsidies and special treatment from the state…..  Nor is it politics….there are many parties in Israel….way too many… and right now it’s the minority that determined the Governments actions..…not anywhere near a democratically elected majority. Certainly not religious observance…as that too comes in so many shapes and sizes.

Why Pretend? Why Make Excuses? Why Look The Other Way?

No the issue is the criminal unethical/amoral politicians …who represent misogynistic…. homophobic…. ….Islamophobic….xenophobic….and yes Ant-Semitic behavior and points of view, who have taken control of the Government. A minority, for sure. A minority some are pretending not to see…secretly hoping they will go or worse making excuses…they aren’t as bad as they seem…or the worst example…. they are what we need….

Our Jewish Souls Are At Stake…Not Politics. “Justice, Justice Shall You Pursue”.

Plain and simply, we are fighting for our Jewish Soul. The soul that sings to the words of the Torah “protect the stranger because you were strangers and slaves in Egypt” or “One Torah (set of laws) will rule you and all in your country…including the aforementioned strangers (they show up a lot) and of course “Justice, justice shall you pursue that you may thrive in the land that the Lord your God is giving you”….think about that one….not to mention “what the Lord requires of you: only to do justice, and to love mercy, and to walk humbly with your God.

I could go on and on and point out that, according to the Prophets, sharing the word of God, even more important than sacrifices (today’s prayers) was ethical and moral behavior. Yet, no where can I find that creating un-equal tiers of acceptance and laws; right to limit others right or form of worship or entitlement to steal is a Jewish Torah concept. My soul cries.

A Light Unto The Nations

My Unconditional Love for Medinat Yisrael, the State of Israel (as opposed to Eretz Yisroiel…a topic and place for another time) is endless. And it is that Unconditional Love that forces me to speak out…be present….take a stand against those who would hurt, even destroy the incredible potential of our still young and evolving country whose goal was always to become a true “Light Unto The Nations” a beacon of universal ethical and moral behavior as prescribed by the very Torah being quoted by a minority of self-serving and dealing politicians who are definitely not walking humbly with God.

Secure In My Love and Its Reciprocity

So, like the parent I learned to be….my Unconditional Love for my State requires me not to be a passive by-stander hoping for better…but rather be secure in my love and its reciprocity so I can stand up to what I know…what I deeply believe is wrong…so wrong.

I thank my daughter, my wife for the journey to understanding Unconditional Love and our friends F&H who inspired me to articulate the thought.

Unconditional Love Is The True Test.

About the Author
David is one of the most sought-after advisors; consultant; speakers and mentor in the global marketing community. David is also a prolific writer and published children’s author…”What Would You Wish For”; a designated LinkedIn Influencer, where he ranks among the most widely read business leaders in the world and a Social Activist working for an end to gun violence; hunger and in-equality. As Global CEO and Chairman of Y&R, David propelled Y&R to a top five global creative firm at Cannes, developed new resources and practice… Healthcare; BtoB and an in-house innovation accelerator called The Spark Plug….. expanded the global footprint of VML, and ultimately helped unify Y&R and VML into one marketing powerhouse: VMLY&R. All while evangelizing the spirit and competitive advantage of innovation and collaboration. David’s involvement in the advertising industry has spanned more than 40 years, clients ranging from Fortune Ten to day old start-ups, beginning at Y&R as a trainee in 1976. After his initial stint at Y&R, David worked at Wells Rich Greene before relocating to Israel, where he co-founded an agency, Mimsar, that focused on the then-nascent hi-tech industry, which was the foundation of “The Startup Nation.” Upon returning to the U.S., David joined the Y&R network once again, mentored by the late Harold Burson at Burson-Marsteller, and Cohn & Wolfe, where he led major accounts in Business to Business, Financial as well as Consumer. In 1990, he returned to Y&R to lead the global portion of the agency’s international Colgate-Palmolive account driving the first ever coordinated global launch of a toothpaste. There, he helped pioneer Y&R’s cross-agency team approach on the USPS account, transforming it into an award-winning industry benchmark. In 1996, David became a founding partner of one of the first digitally-focused omni-channel startups, Genesis Direct. In 2000, he took that experience to Wunderman…mentored by the late Lester Wunderman, ultimately serving as its Vice Chairman, helping them transition into WPP as a digital/data powerhouse, before returning to Y&R as Global CEO. Amongst the accounts he led and drove were Microsoft; Dell ; IBM; Altice; Citi-Bank; AT&T: Kraft and Pfizer to name just a few. David is active in the industry as former Chairman of the Advertising Council’s Board of Directors and, for many years before, a Director-at-Large of the 4As. He has served as Jury President at Cannes three times and was a member of the Titanium jury. He now serves as a keynote speaker at major global events, motivational speaker and advises industry leaders worldwide. In 2013, Fast Company named David one of the 10 Most Generous Marketing Geniuses. He currently serves on the Board of Directors of both UNICEF/USA and the International Special Olympics, as well as the Executive Board of UNCF. David is also a Board Member of American Eagle Outfitters’ one of the most successful retail clothing brands on line and off and was Executive Producer on MTV’s highly acclaimed REBEL MUSIC series. David and his wife, Debbie, have two daughters, two sons-in-law, five treasured grandchildren — Henry, Teddy, Gemma, Goldy and Sadie.
Related Topics
Related Posts
David Sable