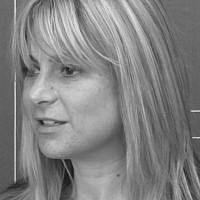 The Blogs
Diane Mckaye
Apply for a Blog
Please note that the posts on The Blogs are contributed by third parties. The opinions, facts and any media content in them are presented solely by the authors, and neither The Times of Israel nor its partners assume any responsibility for them. Please contact us in case of abuse. In case of abuse,
Report this post. 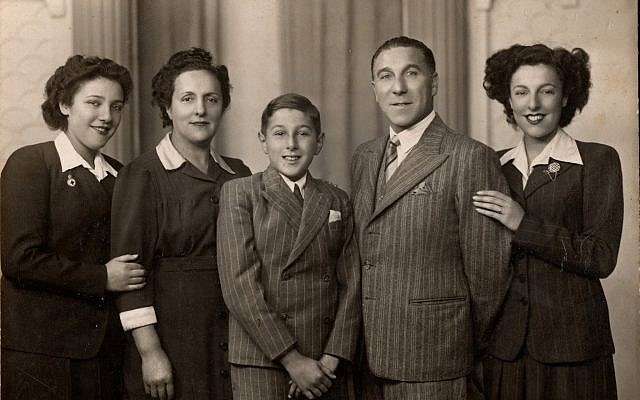 In his obituary in the Jewish Gazette, 4 January 1974, it is suggested that he was responsible for aiding nearly 700 young men who were saved from the fate of their parents.

Really? This was my grandpa? There had been a few fleeting remarks from my parents, but saving nearly 700 lives? This was definitely big news to me and, as it became apparent, to my cousins also. Why had no one ever mentioned this.

My grandpa, David Makofski, died just before I was born, so he’d always remained an enigma. Neither my mother or father (his son) spoke much of him but I’d built up an image from information I’d picked up over the years. ‘Little David… small man, big voice’, recalled an aging member at Moor Allerton Golf Club during a summer I spent working there. He was an avid golfer and back in the days when Jews were excluded from such places, he was instrumental in founding Moor Allerton as a Jewish golf club open to all, irrespective of race, creed or colour (as it remains to this day). I knew he that he’d fought for Britain in the First World War and that he was a successful tailor. My dad’s family were among the first to move out of Chapeltown, Leeds’ Jewish ghetto of the 1920’s, to the more affluent and suburban Moortown, and David was one of the first in Leeds to own a car.

The following excerpt is taken from an introduction to the Makofski Collection, held at West Yorkshire Archives in Leeds, England. The collection comprises ledger books, each page a beautifully handwritten entry about an individual including name, date and place of birth, arrival date in Leeds, proposed employer and a residential address, many marked in red pen with a ‘paid £50’ or ‘paid £100’, some with headshots and further details. 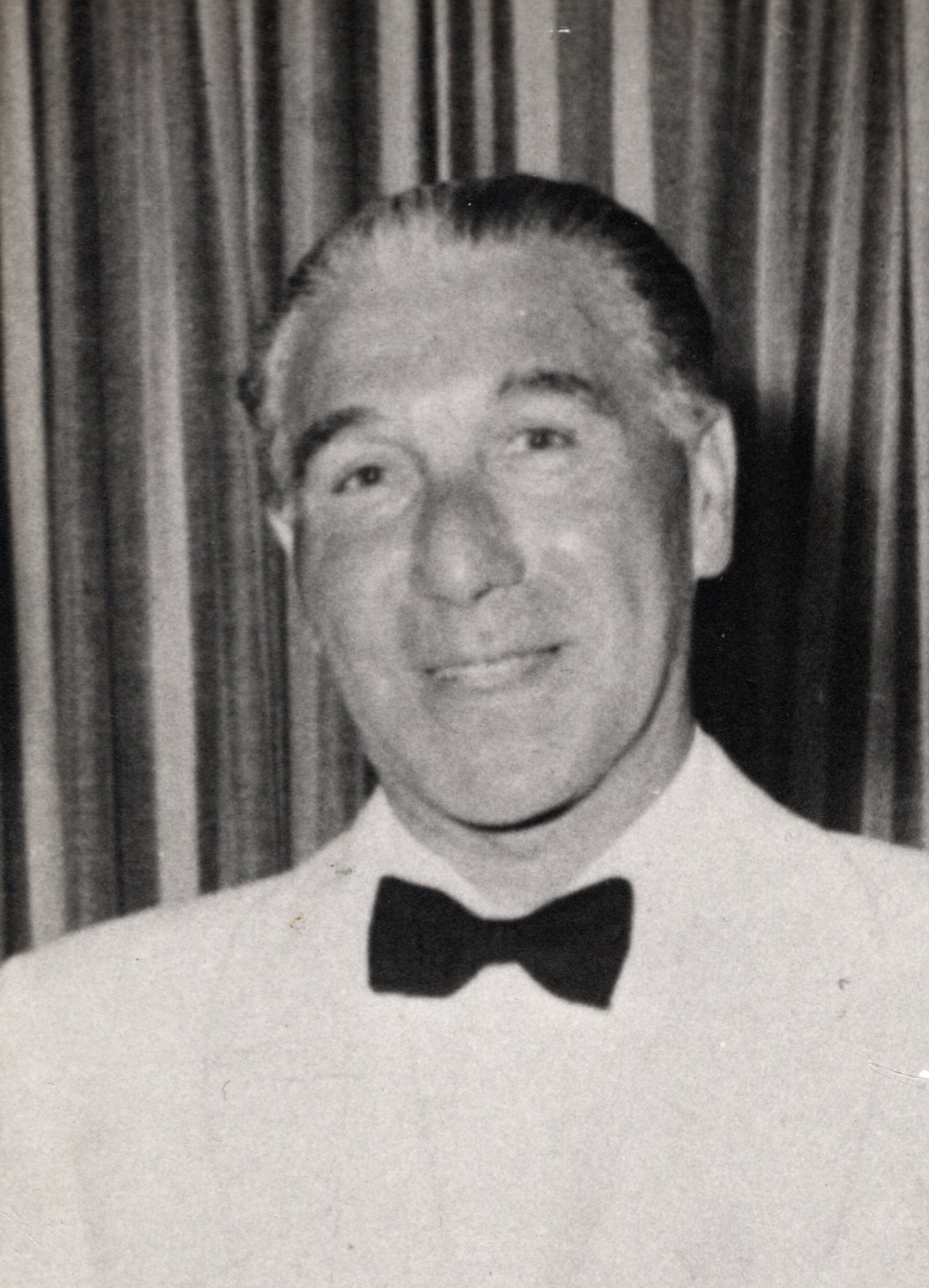 Folders include correspondence between David, headed with his office address of Excelsior Buildings, Lands Lane, Leeds, and various contacts at Bloomsbury House (the headquarters for the Jewish refugee organisation), the Home Office, the Polish Consulate, the British Committee for Refugees from Czechoslovakia amongst others. Plus, application letters, often incorporating a CV and references from refugees or family members pleading for David’s help.
David Makofski was Chairman of the Leeds Jewish Refugee Committee, German Jewish Aid Committee (formerly Council for German Jewry) from 1934 to 1939 (Kafkaesque bureaucracy evident in the most pressing of times). The Refugee Committee’s role was to oversee the immigration and settlement of refugees in Leeds. The principal means was the Trainee Scheme, which enabled German male Jews, who had to be aged under thirty five, being found positions as trainees by local employers who had first to certify that no English person could be found for the position. The trainees had to provide a deposit of £100, or in exceptional circumstances £50, before application for a permit was made by the committee to the Home Office. If the proposed employment was deemed suitable by the Home Office, the permit would be forthcoming in a fortnight, enabling the refugee then to proceed with the immigration.

The archive had been stored in my parent’s house for years and a few local community members had requested to view it. My dad donated it to West Yorkshire Archives in 2002. 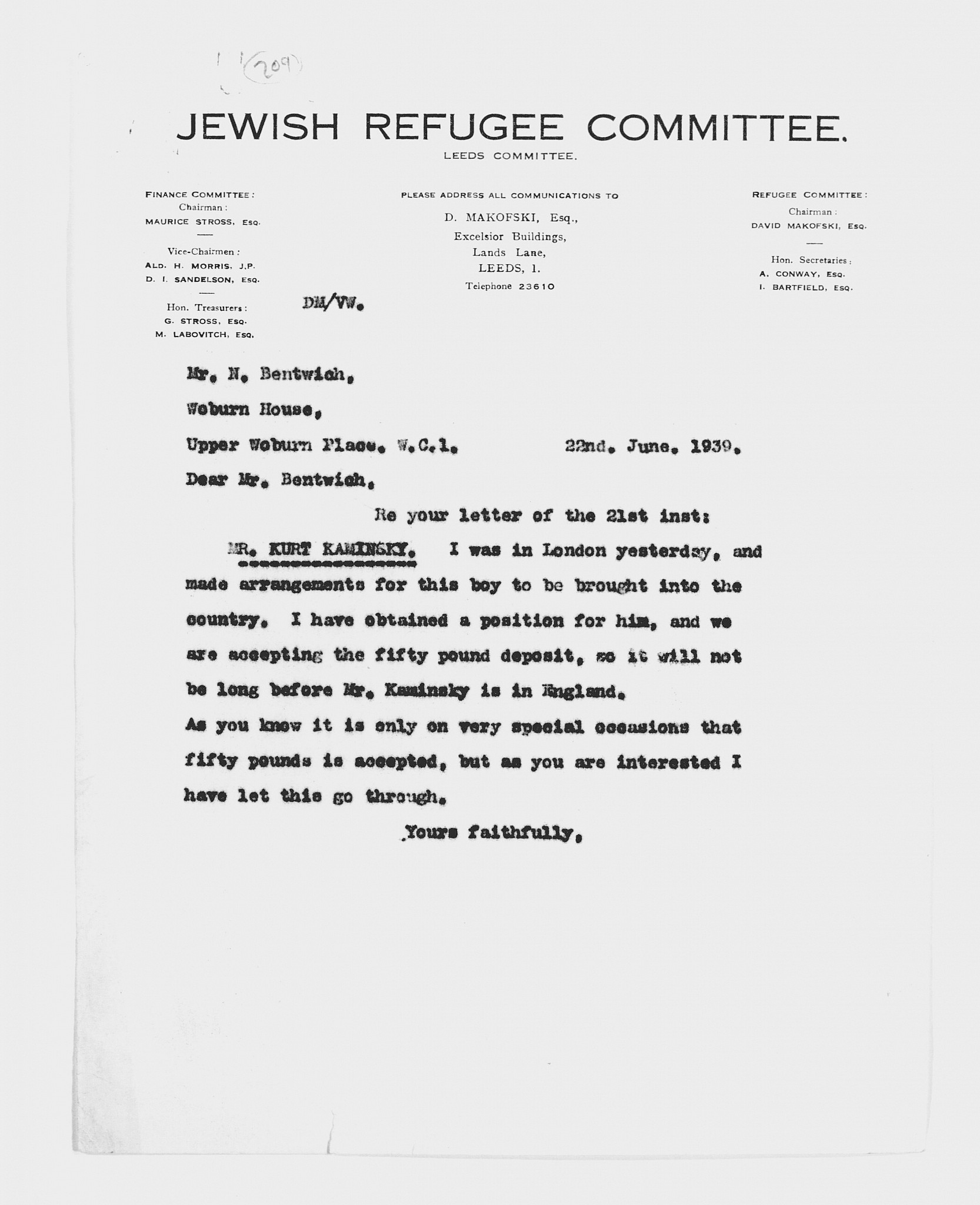 Letter from the Jewish Refugee Committee

What had motivated my grandpa to take on such an immense task? As it turns out, circumstance may have chosen him, and life experiences shaped his humanitarian values.

David was born in Leeds in 1895, the youngest son of refugee immigrants from the Baltic area and the first of his family to be born in the UK.  After leaving school, probably at 14, he was apprenticed at the Leeds factory of Montague Burton, where he learned the tailoring trade.

David joined the army voluntarily during WW1 as a Royal Field Artillery horse driver on the Somme battlefield. Towards the end of the war, he was badly injured and returned unconscious to a military hospital in England. After the war, David set up his own credit tailoring business in Leeds which he ran for around 40 years, most of it with one assistant, a formidable clerk called Vera. 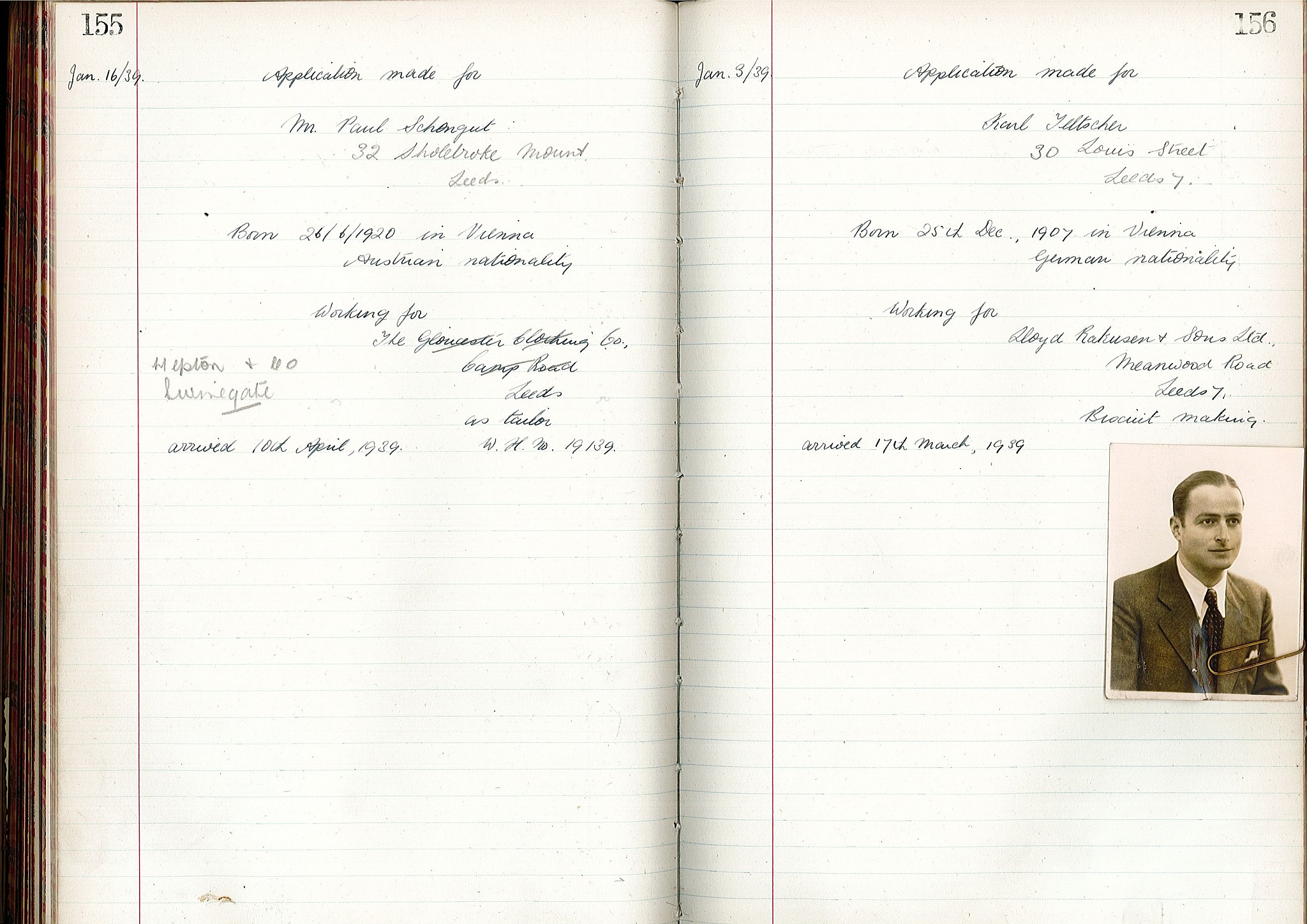 Document from the Mackofski papers

David’s war injuries left him with arthritis and in the 1930’s, he frequently travelled to the Czech spa town Karlsbad (now Karlovy Vary) for treatment. The area became part of Nazi Germany and he was initially approached by local Jews at his hotel to see if he could help them escape. He also witnessed first-hand how Jews were being treated.

So began David’s years of relentless admin, leveraging his network of the local Jewish community and contacts further afield to find both jobs and homes for refugees, as well as taking bi-weekly trips to London to collect the visas. David’s clerk Vera typed his dictated letters and documented by hand the details of each refugee in the ledger books. As word of my grandpa’s work spread, he started to receive hundreds of applications from across the entire Nazi-occupied region.

Many of the trainee scheme jobs were local Leeds Jewish businesses; Salinsky’s shoe manufacturers, Rakusen’s biscuits, H Freedman tailors, Bellows machine tool manufacturer, with Burton’s menswear factory taking the largest number. While the majority of refugees were housed in Chapeltown, sympathy for the plight of German Jewry extended beyond the confines of the local Jewish community, noted by accommodation listings in Boston Spa, York, Bradford, Bolton Abbey and Huddersfield.

Aside from reports of a few refugees having been in concentration camps, it is clear that many were unaware of the horrors awaiting them. Largely highly skilled, educated and from comfortable backgrounds, some shunned the menial tasks the apprenticeships provided and turned up their noses at the working class homes willing to open their doors. 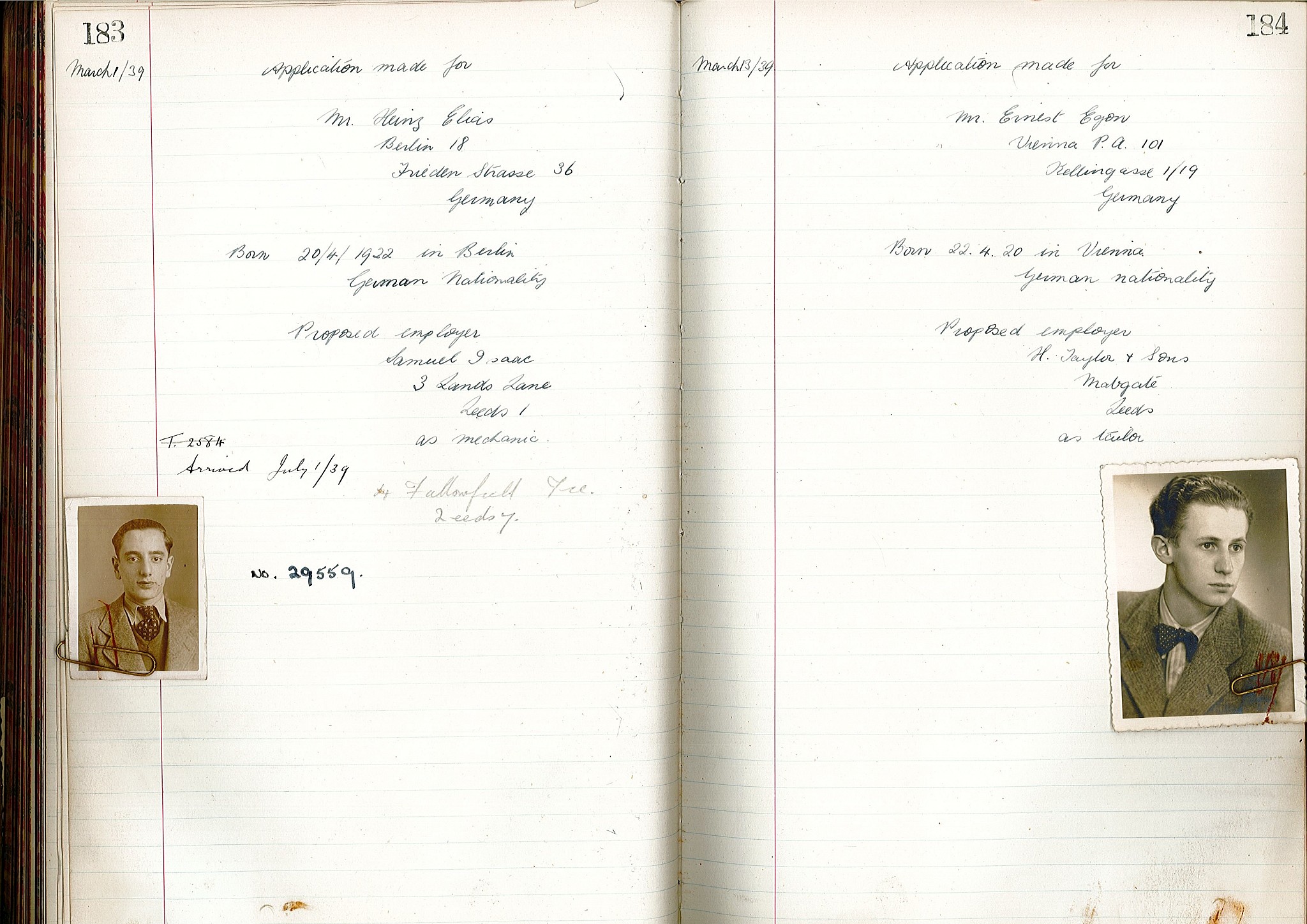 An application letter dated August 13th,1939 relays ‘You surely will know about the bad situation in which we German Jews are in, and especially we young people. We have no possibility to learn or to get education. Neither are we allowed to go to universities nor to museums nor to the theatre. Every educational establishment is forbidden to us. We also have no possibility to study a trade. The factories are not allowed to have Jewish apprentices and the small establishments which are arranged by the Jewish congregation are not at all able to satisfy our desire of learning. The life itself is full of sorrows.’

What pressure my grandfather must have been under during these years? Each letter, a life.

David’s work is certainly impressive and though he appears the instigator, the scheme couldn’t have been conducted without the help of Leeds Jewish community, the Quakers of York and countless others named in the correspondence, who generously gave their time and effort to make it happen.

Anti-semitism was rife in Leeds during the 1930’s and much of this operation remained undercover. Yet, David’s life itself wasn’t in danger, so maybe Schindler is too high an accolade. And anyway, he wasn’t one for public recognition, titles or awards. Maybe ‘Yorkshire’s Hidden Hero’, or simply ‘a mensch’, would be more fitting.