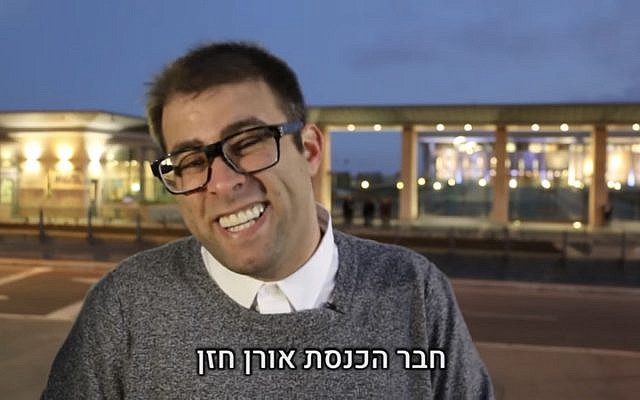 In the past few weeks there have been some high profile circumcisions in the news. The first was the son born to Israeli news anchor Lucy Aharish and Israeli film actor Tzachi Halevi. The second was the set of twin boys born to the world-renowned musician Idan Raichel and his partner Damaris Doival. Naturally, being a mohel, I took notice of these smachot. But I wasn’t the only one.

The common denominator between these births is that both of the mothers are not Jewish. Needless to say, this has stirred some controversy. Former Knesset Member Oren Hazan, as in the past, used both opportunities for his own social media aggrandizement. To Aharish and Halevi, he said, “My dear, I do not want to ruin the celebration, but I mention the baby is not Jewish and this is not a Brit Milah and certainly not the covenant of our father Abraham!” To Raichel and Doival, he stated, “The new trend of making a proper Jewish circumcision for the Gentiles, while disregarding the covenant of our father Abraham, who was completely opposed to denial of God, shows us how much work we must do to preserve our Jewish heritage and tradition.”

Hazan’s point is a valid one. Intermarriage plagues the Jewish people, even here in our homeland. But his impugning of these rituals begs another question: should a mohel perform a circumcision for the child of a mixed marriage?

At first glance, one might be inclined to say that Hazan has a point. To perform a circumcision for a non-Jewish baby, especially because the child is a product of a mixed marriage, would be condoning the union and the birth of this child and, therefore, shouldn’t be done. In truth, we have such practices in our tradition. Many individuals, especially rabbis, refuse to attend the nuptials of a mixed marriage. For some of us, this can be very challenging because we have close friends and family members who have chosen such partners. But still other rabbis choose to officiate such unions even though they have no halachic efficacy.

Rabbi Tzvi Hirsh Kalisher, who is best known for his Drishat Zion on the centrality of the land of Israel in Jewish philosophy, addresses this question. His gloss, Tzvi Latzadik, on Choshen Mishpat is printed in the Vilna edition of the Shulchan Aruch. After proving that there is no prohibition to do a circumcision for a mixed couple, he actually says that it is a mitzvah to do so. “Even more so, it should be done to the child whose father is Jewish and his mother is not. One should not erase doing the circumcision since we are commanded to provide an opening of hope and circumcise him according to his father’s will; and when he matures he will easily fulfill his father’s wishes and immerse himself (to convert) properly. If we do not circumcise him then we are pushing him away from Am Yisrael with our own hands and we should hearken to the verse ״and don’t push away those who have been pushed away” (Shmuel 2, 14:14).” He also points out that this might be the opportunity for the father to do T’shuvah. And even more than that, by not doing the circumcision we might be preventing a potential great Jewish leader from emerging. (Responsa of Rabbi Azriel Hildeshiemer 230-231)

It’s easy to deduce from what Rav Kalisher wrote that the procedure should be performed without the normal rituals accompanying it. But that’s merely a technical point. His stance is firm and clear – mohalim should perform circumcisions in even the most controversial cases.

To former MK Oren Hazan, it should be pointed out that due to your opposition, you’ve opposed both halacha and a viable solution to the problem. We may all agree that mixed marriages are counterproductive to the future of the Jewish people. But when we are faced with the product of a non-sanctioned union, we can either yell and scream that this was a mistake or we can take action and hope for the best possible outcome. I commend the mohalim who performed these circumcisions for following the Tzvi Latzadik and doing not only what was permissible but what was commanded.