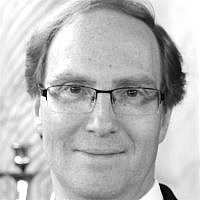 The Blogs
Hagay Sobol
Apply for a Blog
Advertisement
Please note that the posts on The Blogs are contributed by third parties. The opinions, facts and any media content in them are presented solely by the authors, and neither The Times of Israel nor its partners assume any responsibility for them. Please contact us in case of abuse. In case of abuse,
Report this post.

By passing a resolution excluding any link between the Jewish people, Jerusalem and the Temple Mount, the Executive Board of UNESCO has not voted in a cultural resolution, in accordance with its role, nor a political one, which falls within the competence of the UN. No, this resolution is of a religious nature and it falls the day after Yom Kippour, the most sacred feast day in Judaism .

In failing to clearly distance itself from the resolution, has France not missed a historical opportunity to place itself in a central role in the quest for a peaceful solution to the Israeli-Palestinian conflict ? Furthermore, by not rejecting a resolution whose nature is theological and has no connection with the creation of Palestine, is the French government not sending out an utterly confusing message as to its conception of secularism, the cornerstone of the vivre ensemble model of society, a model already greatly under threat?

The majority of nations did not support the resolution !

Out of the 58 member states which sit on the Executive Board of UNESCO, only 24 voted in favour of the resolution, which clearly shows that the majority of nations did not declare their support for a text which rewrites the history books. Thus, one can justifiably question the reasons why only 6 states (Germany, the UK, Estonia, Lithuania, the Netherlands and the United States) declared their formal opposition to it.

There is an indication of why this is so, given the stance of the Arab nations. Indeed, several of them have admitted their annoyance in relation to a resolution they felt forced to vote in favour of, despite their close contacts with Israel. They have explained this by the pressure they were under from islamic fundamentalists and public opinion.

These arguments could be considered valid, given the indoctrination the peoples of the Near East and Middle East have been subjected to for years now. But what of the abstention, rather than opposition, of the western countries, those leading nations, those defenders of democracy and of human rights ? Have they no opinions on the matter or do they simply prefer to « wash their hands » of it ? Such a stance is in stark contrast to that of the UNESCO chief herself, who expressed her reservations on the resolution.

Turning a political conflict into a religous conflict!

By turning a political and territorial conflict into a religous conflict, UNESCO has opened Pandora’s Box.

This resolution will in no way help the Palestinian cause because it is basically an invitation handed to the islamic fundamentalists and jihadists. Their intrusion in the debate will only serve to delay the creation of a Palestinian state, meanwhile replaced by an illusory, borderless Caliphate.

And we have all seen the tragic result of such a perverted version of Islam with Syria and Iraq, which have all but disappeared.

Apart from the indisputable proof of the link between the Jewish people and Jerusalem which history and architecture bring, denying any such link and replacing it with an exclusive relationship with Islam is theologically nonsensical and only serves to discredit oneself. Indeed, with this illusion, it is not solely Israel and the Jewish people who are being discredited, it is also all the monotheisms which come from or refer to Judaism. That means Christianity and Islam and all the children of Abraham, including of course those who requested a vote on the present resolution.

Peace between Israel and Palestine : yet another missed opportunity for France ?

After the failure of the Americans to obtain an agreement between the Israelis and the Palestinians, France, whose links with the Near East and Middle East are long-standing, had every reason to launch a new effort to help both sides return to the negociation table.

What is to be feared now from France’s abstention is that after supporting a similar resolution at UNESCO several months ago and then promising to rewiew its position, it will be hard-pressed to convince the Israelis and the Palestinians to sit at that table.

To avoid such a situation, France should have sent out a clear message by voting against this unjust resolution and insisting that the sole solution to the Israeli-Palestinian conflict is direct negociations which neither side can avoid, adding that using international bodies to prolong the conflict serves only to cement positions and delays the creation of a Palestinian state.

Indeed, how can France continue to be seen as a credible partner by both sides ? And in losing its credibility, what is the use of France organizing an international peace conference ?

By falling into the trap laid by this resolution, France has become embroiled in a religious controversy which is far-removed from the basis of its secularism : « separation of the Church and the State ». The negative consequences of its stance will soon become apparent.

Indeed, the State, which is supposed to guarantee freedom to practise one’s faith, is now in a delicate position. This is because UNESCO’s text is far-reaching in that it denies Jews and Christians, including of course those in France, the right to hold Jerusalem as a reference, reserving that right solely to Muslims.

Not pitting one « community » against another

By believing it was taking an apparently neutral standpoint through its abstention, France has in fact irked everyone. However, what is all the more worrying is that there is now a risk of reviving tensions within the country itself.

It is essential that extremists be prevented from using this unjust resolution in the run-up to the presidential elections and beyond. It is thus the responsibility of each candidate, irrespective of their political orientation, and all defenders of democracy to adopt a sensible attitude towards this resolution, contrary to what they have done concerning the terrorist threat. This resolution must not be used as a political tool to pit one community against another.

About the Author
Hagay Sobol is MD-PhD and Professor at the Marseille Medical School. Very invested in the voluntary sector, he campaigned for many years for intercultural dialogue. As an elected member, he is City district councilor of Marseille (11/12) and Federal Secretary in charge of cooperation in the Mediterranean.
Comments