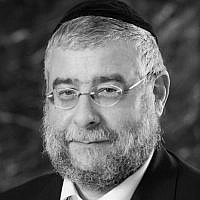 Why is this night different from all other nights?

This is the starting line from the famous “Ma Nishtana” of the Passover Haggadah. In many Ashkenazic families the custom is to eat an egg during the Passover Seder, usually a dish served at a mourners table, to hint that the night of the ninth of Av will always fall on the same weekday as the first eve of Passover.

Last year shortly following the US elections, I took an Uber in San Francisco. The driver, a Muslim immigrant, suddenly turned and said, “Tell me the truth, are you Jews really about to take over the Temple Mount?”

Sometimes we see trees, but we lose sight of the forest. While the media was busy with the latest wars of the Jews surrounding the Kotel –  the Wailing Wall, almost nobody paid attention to the historical change taking place within the Jewish people.

The ninth of Av is a day of fasting and mourning in the Jewish tradition. We mourn the destruction of the Solomonian and Herodian temple in Jerusalem, and with it, the demise of the first and second independent Jewish states, which were destroyed by the Babylonians and the Romans.

While in traditional circles the fast of the 9th of Av is preceded by a three week mourning period and governed by laws of mourning, the Reform movement for many years didn’t include it in its calendar. Traditional Judaism believes in the twelfth principle of faith as formulated by Maimonides, of the coming of the messiah, who will gather in the exiles, build a Jewish commonwealth and rebuild the temple. Reform Judaism however, depersonalised and denationalised the messianic idea, turning it into a general idea of “Tikun Olam,” unrelated to the ancient temple in Jerusalem. After the Holocaust,  the Reform movement reinstated the ninth of Av into the Jewish calendar, making it a day of remembrance of general Jewish suffering, not necessarily related to the destruction of the temple.

Recently, I saw an article in the Orthodox Mishpacha weekly, where Mati Dan, the director of the Ateret Kohanim Complex in the Old City of Jerusalem was quoted as saying that for Reform Jews, the Kotel is just a remnant of great archeological and historical significance. I am not so sure he is right.

A few years ago, in the journal “Cross Currents”, in a description of a visit to the Kotel by an prominent Orthodox rabbi from Atlanta, who had joined his city’s Jewish Federation’s Rabbinical board, I again saw the evolving perceptions and the flow of history. Upon seeing the holy site, Rabbi Feldman tore his clothing as prescribed by Halacha, quoting the scriptures, “the Temple, where our forefathers blessed you, has turned to ashes”. At the same time, the Reform rabbis with great emotion pronounced the blessing of “Shehecheyanu,” thanking G-d for the joyous occasion of visiting the Kotel.

I believe that every Jew, no matter his or her religious affiliation or non-affiliation, experiences a range of emotions at the sight of Kotel. Nowhere is this more evident than in the famous picture from 1967 of the three soldiers liberating the Kotel, all from a secular kibbutz, one of them, who in awe of the moment and the place takes off his helmet and bared his head. Not one true Jew can stay untouched by the sight of the magnificent remnant of our temple. It is at this moment that our souls touches history and eternity.

I will always remember the story I heard from my friend, the editor of Russia’s Jewish Gazette, the late Tankred Golenpolsky, who accompanied the Vice President of Russia, Alexander Rutskoy on his official visit to Israel. Rutskoy, Jewish by his mother, arrived at the Kotel and Golenpolsky saw his eyes tearing, most probably the only moment in his life, when Rutskoy acknowledged his Jewishness.

I myself when I visit the Kotel experience mixed feelings of sadness, of belonging, of hope and of destiny. For me, a visit to Israel without being at the Kotel is not a full fledged visit.

I saw once an at least 900 years old forgotten prayer discovered in the Cairo Geniza, for those who see the Temple Mount.

We thank you our G-d and the G-d of our forefathers that you let us live to this day and come to the house, which you chose from all the dwellings of Jacob, where your eyes rest during the time of its existence and of its destruction. As we saw the Temple in its destruction, we shall see it in its rebuilt state with the ingathering of the exiles, with the pilgrims who come three times a year and those who offer sacrifices and the first fruits. The Temple of G-d is created by you G-d Al-mighty.

May you, G-d, show your face to its ruins, and may your mercy shine on its foundations, rise us from the ashes and clean us from our sins, and return the Temple to its rightful place and to its sanctity as in time passed, as it’s written by your prophet, “And therefore said G-d, I will return to Jerusalem with mercy and my house will be built there, says G-d Tsevakot, and a lining will surround Jerusalem”.

Console the mourners of Jerusalem and we will rejoice with the Temple eternal joy, as it says in the prophets, “And those freed by G-d will return to Zion in eternal joy. Blessed are thou, G-d of thanks.

Prayer by Yosef the son of Israel.

Interestingly, the prayer includes both the feeling of joy for the privilege to come and behold the Temple Mount, as well as the anguish and mourning at seeing the Temple destroyed.

I believe that the seismic shift which is taking place in front of our eyes, is the Reform movement’s involuntary return to the classical idea of messianism. Notwithstanding Reform theology and liturgy, which still excludes a prayer for the return of the Temple in Jerusalem, in the sub-conscious and in the hearts, the leaders of Reform feel the holiness and the uniqueness of the Kotel and of the Temple Mount and also seek to touch the holy divine presence.

It is no wonder that the growing interest in the Kotel and the Temple Mount by all types of Jews and with growing numbers of worshipers, had the Muslims in Israel concerned. They are feeling that their hold on the Temple Mount is threatened.

As a result everyone categorised as ritually impure cannot enter the place, and by definition of Halacha we are all deemed impure, since we all have some kind of contact during our lifetime with a cemetery or other places which are ritually impure. It is also impossible to purify ourselves, because of the absence over almost two millenniums of the ashes of a sacrificial  “Red Cow”.

It is because of these halachic issues that the Chief Rabbinate of Israel and the leading halachic authorities have forbidden Jews to enter the Temple Mount.

Ironically, the liberal movements in Judaism and their followers, having forgotten  the laws of ritual impurity,  might have more political, but less religious inhibitions to enter the Temple Mount.

The second difficulty lies with the lack of a central spiritual authority, which might begin the planning of the reconstruction of the third temple. It was the saintly “Hafetz Haim” of Radin, Rabbi Israel Meir (HaKohen) Kagan (1839 – 1933), who decided to include the study of the laws of the Priests and the Temple into the curriculum of the Lithuanian rabbinical schools, and a dozen institutes in Jerusalem research Temple related items, such as the garments, the music and the architecture of the temple. Nevertheless, I do not see today a rabbinical authority, which might board the decision to commence even the most preliminary plans to reconstruct the Temple in Jerusalem.

However, if there is something which might radically alter the status quo on the Temple Mount, it is Arab terrorism. The now altered decision of the security services of Israel to put metal detectors next to the entrance to the Temple Mount was a direct result of the terror attack, which killed two Israeli policemen. The more terror the Arabs will use around the Temple Mount, the more the status quo will change. The decision of the Israeli authorities to give in to the threats of Arabs and forgo on increased security measures will unfortunately invite more terror attacks. The populist demands of King Abdallah and of Erdogan to forfeit security on the Temple Mount in Jerusalem will backfire.

The time when the 9th of Av was just a sad fast day for all Israelis are definitely over. As we speak, the attitude to and the facts of the holiest place for Judaism is changing and the interest of the Jewish people in its holiest shrine is rising. It takes an effort to rise above the political squabble and religious debate to realise that within this one square kilometre in the holy city of Jerusalem, which contains the birthplace of the three Abrahamic world religions lies also the key to our future. Madeleine Albright, the Jewish born Secretary of State of the US once said, when she described her failed efforts for a peace agreement because of the issues surrounding Jerusalem: “Too much history, too little geography!”

I replied to my Muslim driver in San Francisco  that we believe that one day our temple will again be rebuilt. It is, however more a Divine eschatological endeavour than a human one. Thinking about last week’s terror attack and upheavals in Jerusalem, I ask myself, if these terrorists are not a tool in the divine plan?

This is the reason why this night is different from all other nights.

About the Author
Rabbi Pinchas Goldschmidt is the Chief Rabbi of Moscow, a position he has held since 1993. In 2011, he also became president of the Conference of European Rabbis (CER), and is the envoy of the World Jewish Congress to Orthodox Churches.
Comments 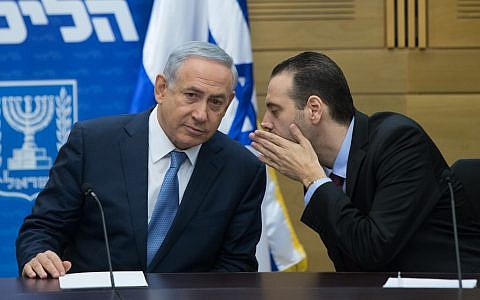