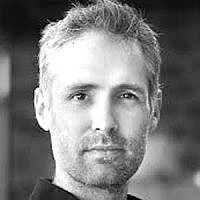 The Blogs
Will Blesch
Apply for a Blog
Please note that the posts on The Blogs are contributed by third parties. The opinions, facts and any media content in them are presented solely by the authors, and neither The Times of Israel nor its partners assume any responsibility for them. Please contact us in case of abuse. In case of abuse,
Report this post. 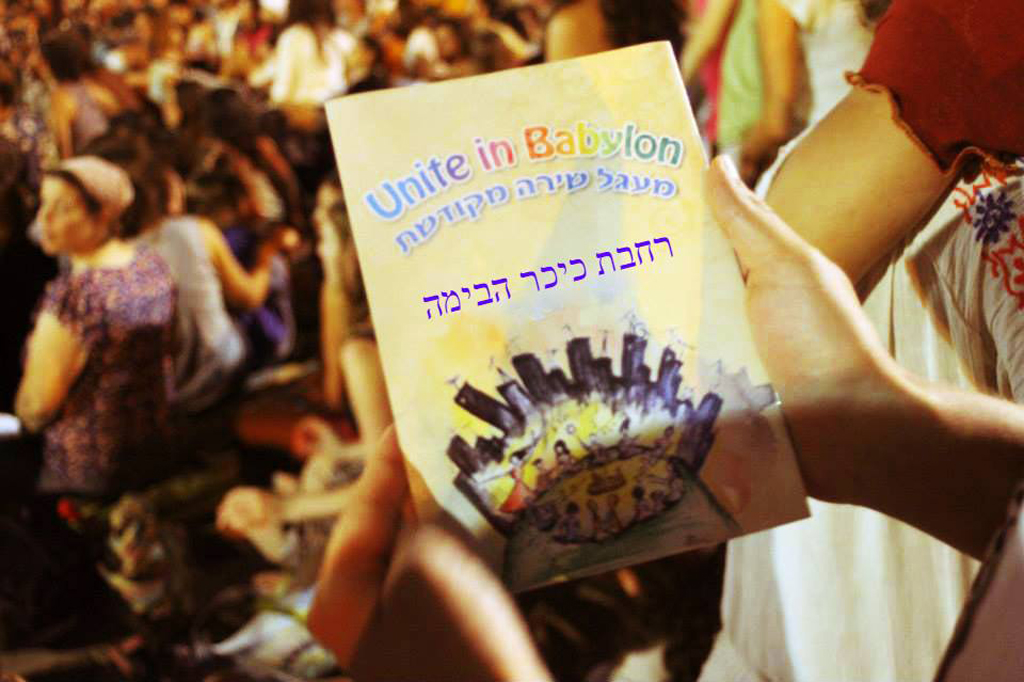 It’s all about unity, man. What’s wrong with that? Unity is a good thing, right? Let’s all join hands and become “one.”

Let’s all be one spirit, one people, one mind, one voice.

But, let me ask all of you who want unity a simple question.

What’s the core belief? So you are united in spirit, as a people, you all agree in mind, and you speak with one voice.

But what is the message you are united in?

Let me back up a minute.

Let me explain to you the place from which I am coming.

I’m a secular Jew living in the Tel Aviv area in Israel. I come from a Masorti/Conservative background, and I was out with my girlfriend just before the Pesach (Passover) holidays for 2017.

We were walking around the Bema theater and came across a spiritual gathering. It was out in the square, and it was full of people. They were regular everyday Tel Avivians, people dressed up in Islamic Suffi garb, like Rastafarians, like 1960’s hippies, like hipsters, like Biblical era people.

They were a collection of different styles and a mix of ethnicities. There were Jews from Ashkenazi, Sephardi, Mizrachi, and Ethiopian backgrounds.

It was diversity of people hoping for uniformity in mind.

The gathering was called “Unite in Babylon,” and it billed itself as “A journey of sound … Created by the united heart of the circle ….”

The description goes on, urging the reader: “There is no stage, no audience. It is all about oneness!

The circle finds its tone through you & you & you
sing, play, share, listen, feel …

You are welcome to join and flow.

Worldwide synchronized Circles of Sound in the heart of the cities. We want to open it up to people passing by and make the circle of UNITY grow  …”

The problem I quickly discovered is that this uniformity is an old religious stream.

It’s an ancient belief system repackaged in Hebrew (well-known in the United States as the New Age Movement). It is one alien to Israel, to Judaism and one that is an insult to everything for which our people have ever fought and died.

The average age of the people gathered at the Bema Square was mid-50’s down to Millenials. One would think the older ones would recognize and be familiar with New Age trends. It’s been repackaged in the U.S. for so long. Surely they can’t be snookered so easily. But, I guess anyone can be ripe for deception if they aren’t grounded or if it connects with what their ears are itching for.

I can understand the allure for Millenials. The package is bright and shiny, and it’s full of multiculturalism filled with global images. (We are one world, one people, one voice … we are “I Am.”)

They get the same messages from Meretz, Haaretz, Channel 2, Coke commercials, and CNN these days.

One can describe the basis of Unite in Babylon as: a collection of Eastern-influenced metaphysical thought systems, a conglomeration of theologies, hopes, and expectations held together with an eclectic teaching of salvation, of “correct thinking,” and “correct knowledge” with a sprinkling of Judaism.

Their circle, before Pesach, featured songs such as: 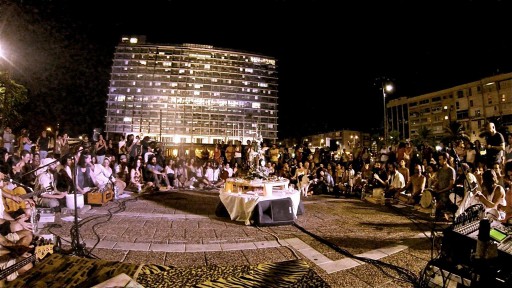 This photo was taken from unite.co.il.

Oh Jah you have given me

To be free in this reality

Yes in this reality

Send my sons and my daughters

From a far far over, yeah.

My remnants from the four corners

Of the Earth far over

This is the healing of the nation in this creation

Let the music fill your soul

Great Spirit is in full control 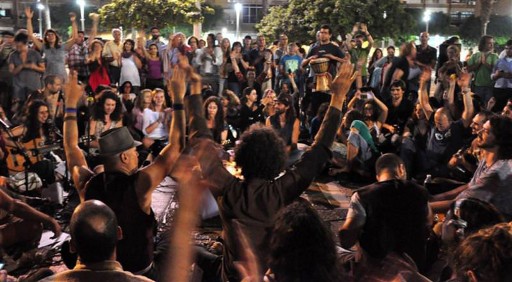 This photo was taken from http://www.uniteinbabylon.com/.

Humble yourself to the sight of the mother

Humble yourself to the sight of the mother

You gotta know what she knows

And we shall lift each other up

We shall lift each other up

Humble yourself to the force of the sun

Humble yourself to the force of the sun

You gotta know what he shows

Humble yourself to the light of the moon

Humble yourself to the light of the moon

You gotta shine with her glow

Humble yourself to the spirit of the forest

Humble yourself to the spirit of the forest

Don’t be afraid to let go 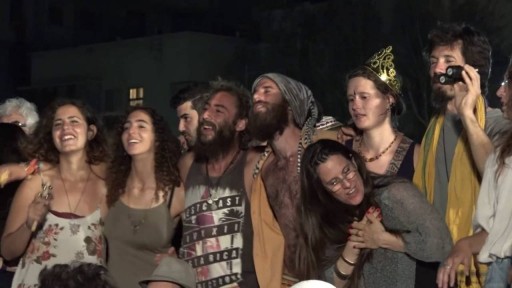 “We All Come from the Goddess”

(Keep in mind, these songs are mixed with religious Jewish songs).

We all come from the Goddess

And to her we shall return

Flowing to the ocean

I am a wise woman

I am a storyteller

I am a healer and

My soul will never die

I am a strong man

I am a loving man

I am a warrior and

My soul will never die

We honor you and empower you

To be who you are

We are an old family

We are a new family

We are the same family

So, let’s see … in the songs above, we have worship of the Creator (whoever that is for them, “Jah” covers so much ground), nature worship, and goddess worship all mixed in with traditional Jewish songs.

It is a theology of warm fuzzies, universal tolerance, and moral relativism. I’m okay and you’re okay because there are no moral absolutes, man.

Another groovy thing here, is the fact that there is no organized membership. There is no defined leadership.

There is only belief. And, in that belief, two ideas are central.

These gullible people are looking to find themselves, to find “god,” to find something higher than themselves through some open expression of spirituality. “Hey man … I’m spiritual … that makes me enlightened … ‘spirituality’ (no matter what form it takes) makes me a growing, good person!”

And, by the way, “god” for these people is defined as anything or anyone other than the God of Israel as described in the Bible. That includes themselves. That includes you and me. (Or, maybe the God of the Bible too … but there is nothing inherently special about HIM. He’s just one idea among many that makes its way into their unity of conscious thought.)

The truth is, either I am correct. Or, you are correct. But we cannot both be correct.

They never seem to ask themselves why, if we are all really God, why so many of us act so very badly. Is God schizophrenic? After all, some of us do our best to be good, but until this very moment there are monsters in the world.

Of course, some answer that we all have not come to a full realization of our true divine potentials. We’re ignorant, they say, and it is ignorance that leads to bad deeds.

But, then if we are all divine, how can our mere ignorant selves override our divine goodness so easily?

I guess the definition of “divine” for them is fluid.

Outside of all this, even if we ignore all of the above, these Jews never stop to ask themselves why, in Eretz Yisrael, we would EVER “Unite in Babylon.”

Don’t these Israelis know that we have fought for thousands of years to get OUT of Babylon?

It is the very image of exile.

To promote  any form of unification in Babylon, especially inside Eretz Yisrael, is a spiritual betrayal of the God of Israel.

I’m secular and I can see that!

It’s a physical betrayal of our people.

I was ashamed to see this circle of “unity” in the streets of Israel. I am certain these Israelis’ ancestors would be crying in pain,in anger, and in shame if they could see them now.

1 By the rivers of Babylon, there we sat down, yea, we wept, when we remembered Zion.

2 Upon the willows in the midst thereof we hanged up our harps.

3 For there they that led us captive asked of us words of song, and our tormentors asked of us mirth: {N}
‘Sing us one of the songs of Zion.’

4 How shall we sing the LORD’S song in a foreign land?

5 If I forget thee, O Jerusalem, let my right hand forget her cunning.

6 Let my tongue cleave to the roof of my mouth, if I remember thee not; {N}
if I set not Jerusalem above my chiefest joy.

7 Remember, O LORD, against the children of Edom the day of Jerusalem; {N}
who said: ‘Rase it, rase it, even to the foundation thereof.’

8 O daughter of Babylon, that art to be destroyed; {N}
happy shall he be, that repayeth thee as thou hast served us.

About the Author
Will Blesch is a marketing consultant and the CEO of Breakthrough Business Branding, a strategic marketing and advising firm. He is also politically active, a resident of the Tel Aviv area, an American immigrant, an author and an avowed film fanatic.
Comments