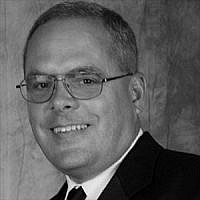 Most Asians in the United States now fear being attacked, according to NBC.

Evidence compiled by The New York Times clearly indicates that many attacks were racially motivated. The Times’ story states that many of the assaults are related to Covid-19.

“… There is no ambiguity about the cases The Times collected: These are assaults in which the assailants expressed explicit racial hostility with their language, and in which nearly half included a reference to the coronavirus: ‘You are the virus.’ ‘You are infected.’ ‘Go back to China.’ ‘You’re the one who brought the virus here.’” 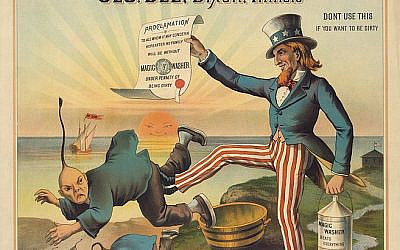 The racist image, advocating the removal of Chinese from the United States, is a copy of an 1886 advertisement for “Magic Washer” detergent. Via Wikipedia. Public domain.

To many people, hatred against Asians may be shocking, but it is nothing new in the United States. Its roots predate the Covid-19 crisis that first erupted in China.

The Page Act of 1875 was federal legislation that brought an end to America’s previously open borders. Its target was Chinese women allegedly brought to the United States allegedly for prostitution. However, its effect was to ban any East Asian woman from immigrating to the United States ~ what I believe was its true intent.

It is interesting to note that federal legislators’ false sense of moral superiority, in the effort to ban “prostitutes,” saw nothing immoral with targeting their fellow human beings, Chinese immigrants, with exclusion, prejudice, racism and xenophobia. (Throughout the United States, anti-Chinese exclusion laws were passed and enforced. I’ll write more about that in a future column.)

It was not long before Chinese men were also banned in the 1892 Chinese Exclusion Act.

“This act provided an absolute 10-year moratorium on Chinese labor immigration,” according to the federal OurDocuments website. “For the first time, {f}ederal law proscribed entry of an ethnic working group on the premise that it endangered the good order of certain localities.

“The Chinese Exclusion Act required the few non-laborers who sought entry to obtain certification from the Chinese government that they were qualified to immigrate. But this group found it increasingly difficult to prove that they were not laborers because the 1882 {Page} act defined excludables as ‘skilled and unskilled laborers and Chinese employed in mining.’ Thus{,} very few Chinese could enter the country under the 1882 law.”

The law was so popular that it was extended and strengthened.

“… When the exclusion act expired in 1892,” according to OurDocuments, “Congress extended it for 10 years in the form of the Geary Act. This extension, made permanent in 1902, added restrictions by requiring each Chinese resident to register and obtain a certificate of residence. Without a certificate, she or he faced deportation.

“The Geary Act regulated Chinese immigration until the 1920s. With increased postwar immigration, Congress adopted new means for regulation: quotas and requirements pertaining to national origin. By this time, anti-Chinese agitation had quieted. In 1943 Congress repealed all the exclusion acts, leaving a yearly limit of 105 Chinese and gave foreign-born Chinese the right to seek naturalization. …”

The Immigration Act of 1924, also known as the Asian Exclusion Act, added insult to injury.

“{T}he 1924 Act meant that even Asians not previously prevented from immigrating – the Japanese in particular – would no longer be admitted to the United States,” according to the U.S. State Department’s Office of the Historian.

I do not know what can be done to lessen the attacks in the United States; however, the more moral outrage there is, perhaps the less attacks there will be. Maybe the more education there is, perhaps understanding and tolerance will increase.

Then again, this is the United States of America, where racism is deeply rooted.

About the Author
Glenn was an editor and publisher for many years. He has a bachelor's degree in journalism, with an emphasis in genocide studies. Currently, he is a semi-retired professional floral photographer. He is a dues'-paying member of The Society of Professional Journalists, and Professional Photographers of America.
Comments