Today, a group of young women touched my soul.

The local schools organized a human chain and ceremony in honor of the memories of Gilad, Naftali and Eyal, and the work their families are doing to promote unity — not uniformity — in Israel.

And the girls of Bet Shemesh came out in force.

I will be honest and say that I was not going to go. The boys’ kidnapping and murders affected me very deeply last year, and I did not want to stir up all of those emotions again.

I wanted to let it pass me by.

Unity is not something I see happening here anyway.

Ironically, it was some rather obnoxious Facebook comments about how a gathering of women in public was not appropriate that spurred me to ignore work and go.

And. It. Was. Beautiful.

Some boys snuck in to the girls event 🙂 This is how I see the future- right here in this image. (photo by Aviva Loewenstein Tobi) 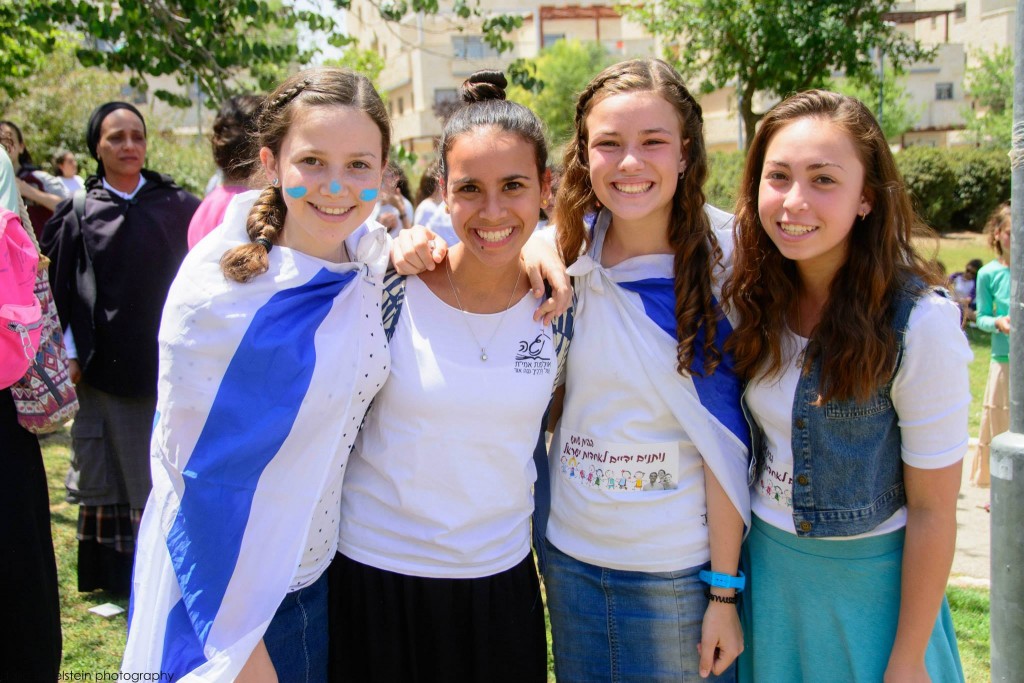 The event was for girls because … well, it was initiated by the religious girls schools and that’s what they did, but I want to tell you something.

The power in that march, the feeling, the strength and sense of purpose… could move mountains. It certainly moved me. 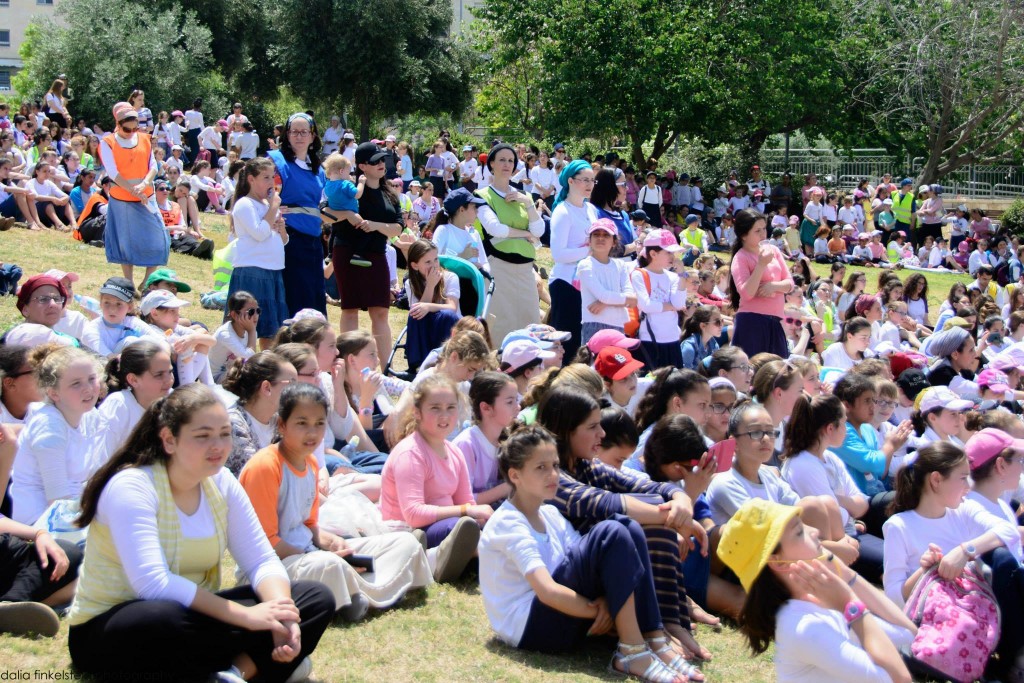 And how perfect for Bet Shemesh.

Trying for uniformity will never work- witness the Facebook discussions on the event itself. Not everyone agrees on what is right.

It’s not always about who is right. And not everyone has to be united.

It doesn’t matter who wasn’t there because those who leave themselves out, will be left out by their own making.

We need to do what we know is right and good. Work with others who believe and push forward regardless of the detractors and whatever they burn, scream, or throw.

Something so beautiful, so full of life, love and hope… I am telling you, nothing can stand against it. 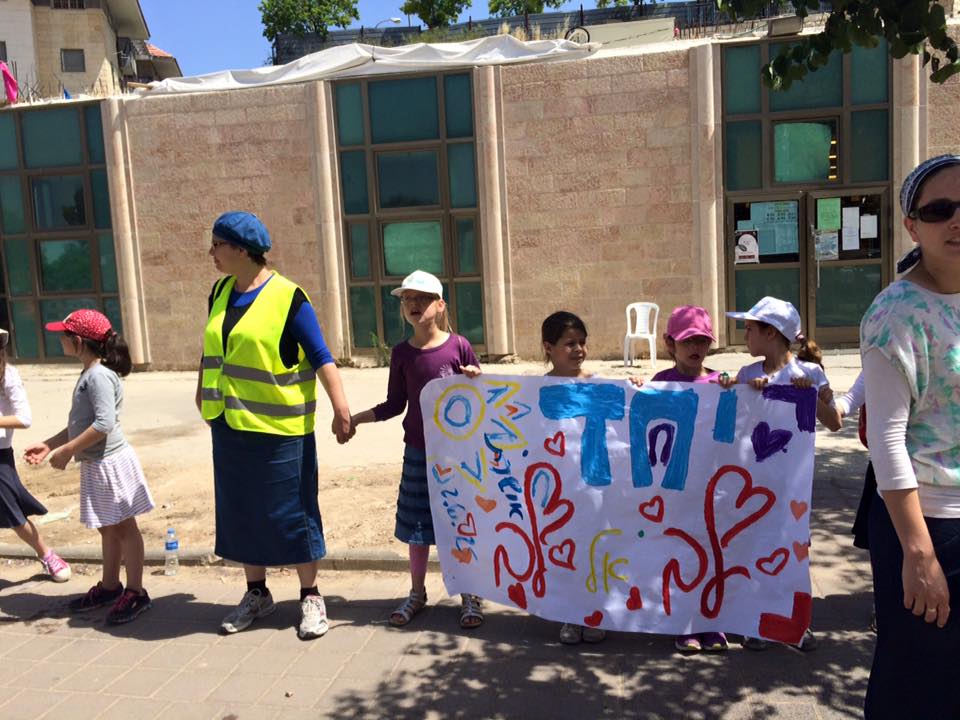 If you’ve read this blog before, you know that I believe in fighting for what is right until the battle is won.

But I want to say that there IS SO MUCH GOOD out there. So very, very much. And even while we fight the bad, we really must be part of the good.

Consider, please, this short but powerful the speech given by Naftali Fraenkel’s sister.

There are times in your life when you feel in your soul that things are right. Today was one of those times.

The power we have together far far outweighs the negative.

If we allow the negative to own us, it will also own our power. 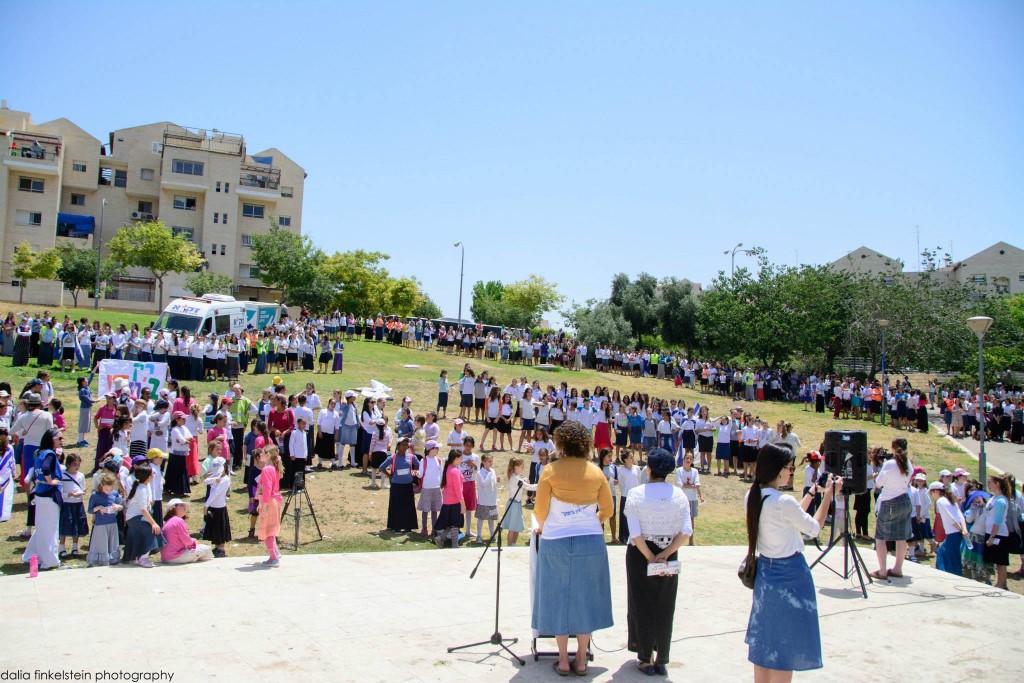 At the end the participants formed a (kind of) circle of unity. Photo: Dalia Finkelstein

Ignore what you can. Uniformity wont happen.

Fight what you cannot. United with others who feel as you do.

Stand for what you believe in, not only what you are against.

Fight your battles, but don’t let them define you.

and always, always look for the good.