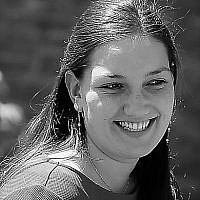 The Blogs
Liat Goldfarb
Apply for a Blog
Please note that the posts on The Blogs are contributed by third parties. The opinions, facts and any media content in them are presented solely by the authors, and neither The Times of Israel nor its partners assume any responsibility for them. Please contact us in case of abuse. In case of abuse,
Report this post.

Around a year ago, I moved to the United States to attend college. Coming from Israel, anti-Semitism was not foreign to me, since I served in the army and faced the daily reality of people calling for the destruction of the Jewish people and their state. The desire to eliminate our existence does not stop with words, but is also constantly carried out with violent actions that target all Jews. There is no distinguishing between men and women, adults and children, civilians and soldiers. In Israel I faced anti-Semitism constantly, and I thought that was as bad as it can get.

Only when I arrived on an American college campus I realized that anti-Semitism here has taken on the form of anti-Zionism and is just as dangerous. I was taught that the Jewish state has a right to exist because it contributes a list of things to the Middle East and the world.  As my first semester at Columbia University progressed, it became clear that I was lied to and deceived by my American teachers, camp counselors, role models and community members. Not only was I unprepared to deal with the blatant anti-Semitism I experienced, I wasn’t even aware of it.

I realized how much the American Jewish community has yet to reckon with the ignorance and denial of Jewish history and core values that they are complicit in perpetuating. Instead of teaching about a 2,000 year long yearning for our homeland that culminated in an amazing Hebrew liberation, they choose to focus on microchips and with that, allow for the erasure of our identity.

I attended a Jewish high-school in the suburbs of Philadelphia, took part in the USY movement, and worked for many years at Camp Ramah. Israel education was an inherent part of all of these parts of my teenage years. However, the more I have to combat anti-Semitism on campus, the more I am shocked at how little I was taught by those organizations and how marginal that information is.

They are not the sole culprits; rather they are just part of a greater problem that has struck the American Jewish communities all over the United States. In an attempt to become fully American, Zionist Jews felt that it was also important for the Jewish state to be seen and act as an inseparable part of the West. They chose to do that by constantly pushing into the spotlight everything that is supported by Western values, while completely disregarding that Israel is not, nor should it be, an outpost of Western democracy in the Middle East.

Instead of focusing on the Jews’ right to self-determination in their land, American Jewry seems to have chosen to focus on trying to excuse Israel’s powerful and proud existence.  It seems we have forgotten that the history of the Jewish people did not start with the persecutions we experienced in the Diaspora, that the modern state of Israel is not the first Jewish state to have stood on that land, and that its citizens are the descendants of the Jews who were violently expelled about 2,000 years ago. By advocating for a state because of its production of cherry tomatoes, we are robbing ourselves of our heritage and identity.

At the end of Yom HaShoah (Holocaust Victims and Heroes Remembrance Day) this year, I attended an event hosted by Jewish Voice for Peace. They brought their executive president as well as the co-founder of the BDS movement. The latter is a terrorist sympathizer who does not deserve to be mentioned by name, but the former is the one I am truly ashamed of. As I stood there and heard Rebecca Vilkomerson tell a room full of people that “Jewish indigeneity is invented,” my heart ached with embarrassment for my homeland and people. Once more I was being told that my entire identity and tradition are meaningless since they supposedly have no claim to the land of Israel, this time by a Jew.

So where did American Jewish education go wrong? We have been apologizing for our existence, while we should have been declaring our freedom. We are Jews, who come from Judea, where our holiest city stands, and where our sacred Temple was that got destroyed by those who colonized and expelled us. It was not by choice that we spent nearly 2,000 years in the Diaspora, and our return home is one of a Semitic people to our indigenous place of origin. Our indigeneity does not take away from that of other people. Only when we dig deeper into the history of our people and allow our youth to battle with the tough questions, we will be able to be confident that they will not be swayed and tricked by the apologetic narrative of anti-Semites. 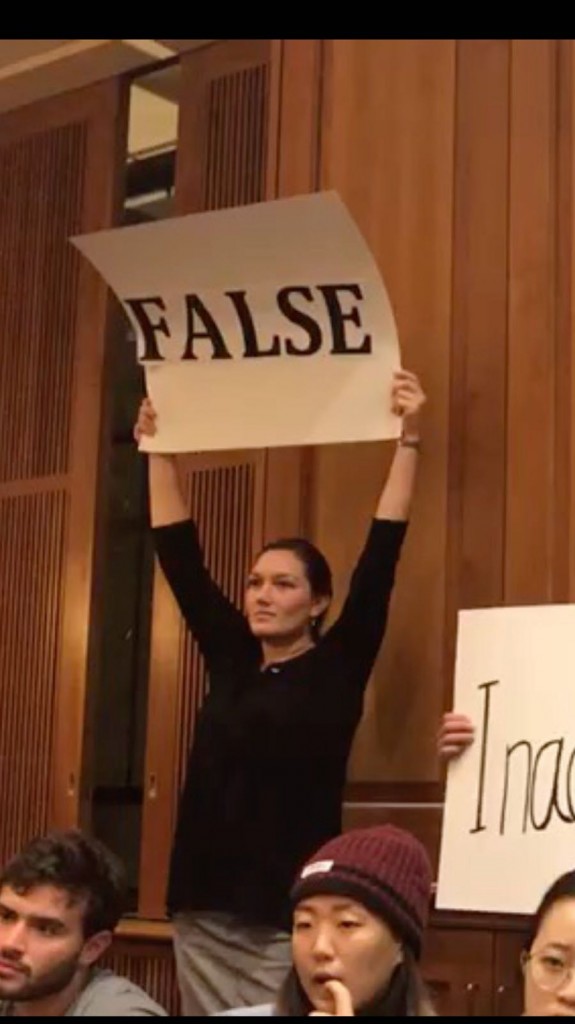 Respectfully calling Rebecca Vilkomerson out for her lies.
About the Author
Liat is currently a student in the Joint Program between Columbia University and the Jewish Theological Seminary. She was born in Israel and lived there until the age of 12, when she moved with her parents to the USA. She attended Jewish day school in the suburbs of Philadelphia and, upon graduating high school, returned home to Israel to serve in the IDF. Liat received an honorable discharge and then traveled in South America before beginning her college career. She strives to be an observant Jew and views the establishment of the State of Israel as the beginning of Redemption.
Related Topics
Related Posts
Comments