The Blogs
Boaz Dvir
Apply for a Blog
Advertisement
Please note that the posts on The Blogs are contributed by third parties. The opinions, facts and any media content in them are presented solely by the authors, and neither The Times of Israel nor its partners assume any responsibility for them. Please contact us in case of abuse. In case of abuse,
Report this post. 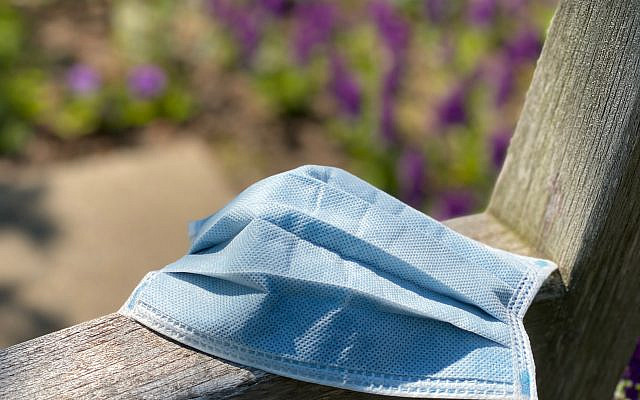 The Cool Factor has played a key though unacknowledged role in the so-called culture war over COVID-blocking facial masks. Photo by Boaz Dvir

The Cool Factor—possessed by some, recognized by all—could help us defeat COVID-19 and, quite possibly, future pandemics.

Before I get to the virus that’s been attacking our lungs, heart, kidneys, vascular system, taste/smell, and sanity, I’d like to take a moment to break down why I hold the Cool Factor in such high regard. I first experienced its power in the 1990s when my social standing collapsed like an Antarctic ice shelf after I became, for humanitarian and environmental reasons, an uncool vegan. Walking away from burgers and hot dogs at barbecues and Super Bowl parties, I removed my name from guest lists; declining to share cheesecakes and crèmes brûlées with dates, I soured my appeal.

Over the years, my respect for the Cool Factor has only grown as I watched it demolish smoking, fur-wearing, masochism and other trendy behaviors and attitudes.

Unlike trends—think office high-fiving, Vanilla Ice, and neon-colored blow-up chairs—truly cool behaviors, artists, and objects are timeless. Beyoncé and Johnny Cash have always been and will always be cool, while Celine Dion and Neil Diamond have not and never will be. Banksy? Forever cool. PBS’ painter-by-numbers Bob Ross? Eternally uncool (and, along with his hypnotized fans, basking in it). “Car Talk”? Effortlessly cool. The numerous podcasts giving tips to used-car salesmen? Walk away. Barefoot on a beach? Timeless. Socks in sandals? Thanks to Kendall Jenner and Kanye West, it may be trendy, but it will never become bona fide cool.

The Cool Factor, I believe, has played a key though unacknowledged role in the so-called culture war over COVID-blocking facial masks. It’s not yet cool in our society to put them on. In many parts of our country, it’s downright uncool.

A quick glance at social media posts and local government recordings appears to indicate that this has become a political issue. For instance, at last week’s Palm Beach County Commission meeting, anti-maskers defended their right to spread a fatal disease on conservative constitutional, religious, and personal freedom grounds. “I don’t wear a mask for the same reason I don’t wear underwear,” said a woman who may have lost her common sense but has kept her sense of humor. “Things gotta breathe.” (The commission voted unanimously to mandate masks.)

But politics offer only a partial explanation. If we were embroiled in a culture war, liberals would wear masks. Yet a large number do not. I know just as many mask refuseniks on the left as on the right. I live in a progressive bastion, a college town, and I only occasionally see folks cover the lower half of their faces. When I do—mostly in places that require them, like supermarkets—I notice that people often wear them incorrectly, some perhaps unknowingly, others maybe purposely, sticking out their noses as if holding up a middle finger.

This, in face of recent studies showing that wearing masks—and doing so properly and consistently—could help control COVID’s cancer-like advance. For instance, the University of Washington’s Institute for Health Metrics has concluded, after examining a slew of data, that “widespread mask use may temper or even help prevent a second wave.”

The institute estimates that if 95 percent of us wore masks, we’d keep the Angel of Death away from 33,000 Americans.

Masks are far from a panacea. A study practically proclaiming as such has drawn criticism from several researchers, who’ve demanded that the Proceedings of National Academy of Sciences, a peer-reviewed journal, retract it. In reality, facial covering will not eliminate all of COVID’s death, destruction, and delusion. But there’s no doubt that this inexpensive form of defense belongs in our collective and individual arsenal and should become a new-normal lifestyle fixture.

Look, I get masks’ downsides. They hide some of our expressions, potentially turning social distancing into social dissing. They sometimes cause acne, better known as maskne. They’re uncomfortable. They can instill a false sense of security, leading to possible, dangerous neglect of social distancing and hand washing. And they increase the excessive number of times we already touch our faces.

Nonetheless, they save lives. Yours, theirs, ours.

So, how do we get 95 percent of Americans to wear them? It’s too late to depoliticize the issue. The more scientific facts and intellectual points of persuasion we throw at anti-maskers, the more entrenched they become in their beliefs and conspiracy theories. Instead, we must stage an innovative campaign to make wearing masks as cool as snapchatting with your friends while kicking back an ice-cold Stone IPA and wiggling your toes in sun-kissed beach sand.

I know, that’s a tall order. It’s tough enough to expunge the Cool Factor from unhealthy behavior such as binge drinking and vaping. To inculcate a controversial concept with coolness would take an ingenious, trail-blasting effort.

So, let’s put our geniuses and trailblazers on it. Besides raising tens of millions of public and private dollars to support this mission, they’d work to:

What about us? What can we do? A lot. We can wear masks whenever and wherever needed. We can post photos of ourselves smiling under them. We can avoid the complacency that may result from our mask-wearing and continue to wash our hands and practice social distancing. We can take the 21-Day No Complaining About Masks Challenge. Instead of shaming friends and family members who do not wear them, we can appeal to their emotional side. And we can share images, write ups, ads, and other material that infuse masks with the Cool Factor.

We’re already seeing some progress. Designers such as Fendi, Lisa Says Gah, and Prabal Gurung are manufacturing beautiful masks. This past weekend, New Yorker staff writer Rachel Syme tweeted, “Whoever did the pr in the 90s about cutting open plastic six pack rings so they don’t choke animals … [should be] in charge of the wear a mask campaign.” And on Thursday, Gov. Greg Abbott mandated mask-wearing in most of Texas.

This is just a start. With the help of the Cool Factor, we can popularize other personal protection equipment (PPE)—yes, even the super-duper uncool face shields.

Once we conquer PPE, we can tackle the next necessary behavior in need of a Cool Factor boost: vaccination.

A recent CNN poll shows that, when we’re lucky enough to have a COVID vaccine, only two out of three of Americans would opt to get it. Scientific facts won’t change the minds of the other third. But the Cool Factor? It just might. 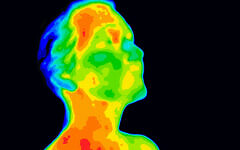