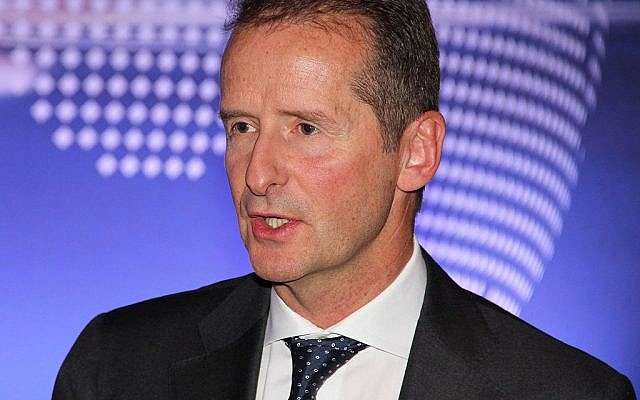 Growing up in Brighton, we had a succession of family cars. We had Austins, Vauxhalls and later on my parents would buy Japanese. But never German. Some years later, my company car was a BMW Estate. I remember visiting my father Michael and his abhorrence that his own family, like millions worldwide, had succumbed to German engineering.

For my father, a refugee from the Shoah and from a family of survivors, all the strides which modern Germany has made to recognise, confront and atone publicly for its Nazi past would never be enough.

After years of being lauded, the German car industry has fallen recently on more difficult times. The efforts by Volkswagen to disguise the true levels of emissions on its diesel vehicles led to clean-out of top management and has so far cost the company an estimated $35bn (£27bn) in penalties and compensation. The nightmare is not yet over.

Earlier this month, the US Securities & Exchange Commission charged VW with what it described as a “massive fraud”.  It arose from the failure of the company and its former chief executive Martin Winterkorn to disclose the true emission standards when issuing debt in the period 2014-15. VW has denied any wrongdoing.

The diesel scandal together with the advance of the green agenda around the world has become a preoccupation for the motor industry. VW and the other German car makers are struggling to meet new, tighter emission standards imposed by the EU. This has been a factor behind the slowdown of the German economy.

VW and the other manufacturers have also started to refocus their enterprises on electric cars, recognising Japanese makers and Elon Musk’s Tesla have a head start

The current boss of Volkswagen, Herbert Diess (relocated from BMW), is leading the drive to change the company’s face. Recently he upped the ante by saying that VW would have more than 70 electric vehicles (EV) in production by 2028.

But in announcing some of the changes being made at the £64bn manufacturer, Diess made a foot-in-mouth gaffe which was an ugly remainder of VW’s sordid past – he described the company’s financial performance as “EBIT macht frei”. The financial term EBIT means earnings before interest and tax.

The phrase was uncomfortably close to arbeit macht frie or “work sets you free”,  the Nazi slogan which infamously is embedded in wrought iron on the gates of the Auschwitz concentration camp. The use of a phrase so resonant of the Holocaust was clumsy and particularly so for VW, given is history.

VW owes its existence to Adolf Hitler and his demand in the 1930s for a ‘people’s car’ which ordinary Germans could afford.  Even worse, the Nazi regime provided a cheap workforce of slave labour drawn from enemies of the National Socialist state, including Jews.

Purloining the language of the Shoah is one of the curses of our age. In particular, it has been used on the left and in sections of Britain’s Labour Party in relation to Zionism and the cause of Israel. But it is inexplicable the chief executive of VW, earning £6.8m a year, should drift into such dangerous territory. VW’s background made the choice of words even more toxic

It is not just German bosses who carelessly invoke the Shoah. The Jewish chief executive of Facebook, Mark Zuckerberg, also exercised poor judgement when he flippantly suggested Holocaust deniers might have made an honest mistake.

That remark looks the more unacceptable given how Facebook provided a platform for the alleged Australian shooter Brenton Tarrant charged in connection with the New Zealand mosque killings.

Diess’s explanation for the VW gaffe, that he was seeking to make a point about how VW’s noxious emissions were now behind its earnings, is feeble.

He has offered a new generation of VW buyers an insight into the horrendous past of the German car makers. An older generation that suffered at the hands of the Nazis needed no such reminders.