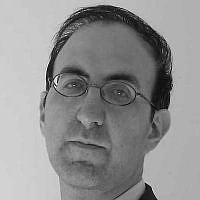 The Blogs
Joshua Spivak
Apply for a Blog
Please note that the posts on The Blogs are contributed by third parties. The opinions, facts and any media content in them are presented solely by the authors, and neither The Times of Israel nor its partners assume any responsibility for them. Please contact us in case of abuse. In case of abuse,
Report this post.

Seventy five years ago, the defeat of Nazi Germany and the liberation of the Concentration Camps at the end of World War II did not end the suffering of Holocaust survivors. Some went home, only to be massacred by their former neighbors in Eastern Europe. More than a quarter of a million survivors lived, sometimes for years, in displaced persons camps. Most struggled to find family members, both those that survived the war and those that had escaped Europe years earlier. Some of these reunions only happened decades after the war – one widely reported meeting of two sisters took place 61 years later.

Survivors naturally looked to locate their relatives in America, the UK, the British Mandate and elsewhere. This was no easy task. The conditions in the camp in the early days were quite poor, and some leaders, notably General George Patton, appeared to actually favor the defeated Germans to their Jewish victims. Earl Harrison, the American Representative to the Intergovernmental Committee on Refugees, said that “We appear to be treating the Jews as the Nazis treated them except that we do not exterminate them.” While the leaders of the victorious Allies were not focused on the surviving refugees and, consequently not that helpful in reuniting families (it would take until 1948 for the US to pass the Displaced Persons Act), it was the liberating American soldiers, especially Jewish ones, who were an active source of help.

Alex Grobman’s Rekindling the Flame: American Jewish Chaplains and the Survivors of European Jewry, 1944-1948 looks at the critical role of Chaplains in this endeavor. Chaplain Herschel Schacter, who entered Buchenwald an hour after its liberation on April 11, 1945, told of sending survivors’ correspondence under his own name and return address.  Chaplain Robert Marcus, who came days later, sent letters to the World Jewish Congress in New York. Grobman notes that many of the letters could be delivered because of misspellings and a lack of information.

Chaplain Abraham Klausner, the second Rabbi to arrive at Dachau, continually pushed the US government for action on behalf of the refugees, even at the risk of court martial. As part of his work, he started compiling a list of survivors in a book titled Sharit Ha-Platah: An Extensive List of Survivors of Nazi Tyranny Published so that the Lost may be found and the Dead brought back to Life“, (the Counted or Surviving Remnant) which eventually became a six volume list of 61,387 survivors that was published around the world.

As Grobman notes, in the early days, all US mail was censored and the army was not allowing displaced persons to send their own mail. However, the Chaplains took matters into their own hands, with Chaplain Eugene Lipman heading one of the efforts. “At its peak, 2,000—2,500 letters were mailed out of Germany, and 500-600 were received each week.”

Ordinary grunts and the Yiddish newspapers back home had their own roles to play. My grandparents themselves had an interesting tale, one that probably was performed by many other Jewish soldiers throughout the post-war. My grandfather, Private First Class Milton Spivak, was shipped over to the front lines at the end of the war. While he only spoke of his searing war experiences in his later years, his Jewish connection shone through. His unit helped liberate a Concentration Camp, where he noted that when they threw open the gates of the camps, “it was something magnificent to watch; how they suddenly became people again. It’s about the only words I can use.” As a native Yiddish speaker, he served as an unofficial translator for his unit, even personally accepting the surrender of German Army training camp. And for the survivors, he served as a way to reconnect them with their kin in the US.

Following the German surrender, he was temporarily assigned to a Displaced Persons Camp in 1945. Survivors asked Milton to send letters back to the US to see if they could help find their relatives. Milton mailed the letters back to his wife in Brooklyn. Pearl Spivak then took the letters to the major Yiddish newspaper, The Forward (or Forvert). At the time, the Forward published notices that they had the letters. While Pearl doesn’t know what happened with some of the letters, she does remember one that reached its target.

Pearl notes that a family from Philadelphia came by to pick up the letter. “And they were very very happy.”

About the Author
Joshua Spivak is a Senior Fellow at the Hugh L. Carey Institute for Government Reform at Wagner College and writes the Recall Elections Blog.
Related Topics
Related Posts
Comments