As peaceful protests began a couple days following the death of George Floyd, it has suddenly taken a sinister turn. Within 48 hours, there were highly coordinated riots throughout the US that rapidly multiplied.

There were more than 250 protests and vigils over the weekend. If you were out there across the country, we'd like to hear from you: why are you rallying for George Floyd? https://t.co/Jq5EO1BLXU pic.twitter.com/LmnK9E5QZE

The protests were quickly infiltrated by Antifa agents clad in black, instigating looting, property destruction, and inciting violence against law enforcement officers. They targeted domestic security forces and burned down police stations to weaken law and order, and destroyed critical infrastructures such as banks, pharmacies and grocery stores during a pandemic to sow further chaos among the population.

Back in 2017 as California debated listing Antifa a street gang due to rampant violence and criminal activities,  the FBI and Department of Homeland Security had already classified them as “domestic terrorists” according to an internal document. FBI surveillance also discovered some college students in Antifa had ties with ISIS and Al Qaeda to gain access to bombs and chemical weapons, and training in tactics for “possible massive disruptive attacks in the U.S.”

Antifa is an international organization of radical left wing, anti-fascist, militant political activists that aims to achieve their political objectives through use of direct violent action rather than through policy reform. Agents engage in varied protest tactics including digital activism, property damage, physical violence, and harassment against those whom they identify as fascist, racist, or on the far right.

The name antifa is a loanword from German, taken as a shortened form of the world antifaschistisch (“anti-fascist”) and the name of Antifaschistische Aktion, an organization affiliated with the Communist Party of Germany (KPD) that existed from 1932 to 1933.

However, in exploiting and hijacking a legitimate civil rights protest and attempting to turn it into an illegitimate race war, Antifa has undermined the platform of African Americans and desecrated the memory of George Floyd.

Among the protestors, people are increasingly seeing black-clad agents provocateurs inciting violence between protestors and law enforcement.  Cities and neighborhoods across the US are descending into chaos and violence with prepositioned assets such as bricks to throw at law enforcement, white men driving around handing bricks to black protestors, paid protestors, protestors being bussed in from other states and widespread property destruction and arson.

Frustrated, the legitimate protestors are beginning to push back against the white anarchists.  In one instance when white Antifa agents gave a group of black men bricks to throw, a woman schooled them for endangering the black protestors with the police and abusing them as cannon fodder to serve an agenda.

In another instance when these agitators were going around vandalizing and spray painting “BLM” (Black Lives Matter) on buildings, they were rebuked by another protestor condemning them for setting black people up to be criminalized by law enforcement. One observer noted how Antifa co-opting a peaceful movement to commit violence which pins the blame on BLM, is actually racist itself.

Black Lives Matter activist *shocked* to find pasty white ANTIFA members infiltrating their cause and committing crimes in the name of their movement.

She calls the cowards out & ANTIFA yell at her!

CNN’s Van Jones also called out this hypocrisy.  In reference to Amy Cooper, a white woman who called the police on a black man in New York’s Central Park last Monday after he asked that she put her dog on a leash, Jones observed how a “white, liberal Hillary Clinton supporter walking her dog in Central Park” can quickly weaponize race, and pose a more insidious threat to African Americans than openly racist groups such as the Ku Klux Klan.

Now, as uncontrollable violence continues to escalate against citizens, law enforcement, and critical infrastructure for communities throughout the US, a public safety issue has become a national security issue. National guards have been called in to support law enforcement, and President Trump would likely need to invoke the Insurrection Act to deploy military assets to assist.

The Insurrection Act of 1807 allows the president to deploy military troops within US territory to suppress civil disorder, insurrection, and rebellion, and was last invoked by President Bush during the 1992 LA riots to effectively quell civil unrest and restore law and order.

With nonstop media images of so much stoking of violence, sectarian hatred and division, things seem bleak for a people that is just emerging from isolation and quarantine from the pandemic.  However, glimmers of hope are beginning to appear, as some Americans are stepping up and coming together as one race—the human race—and defending fellow citizens from harm.

One iconic image is of a lone police officer who got separated from his team and was in danger, but was quickly encircled by a group of black men to protect him from being lynched by an angry mob. 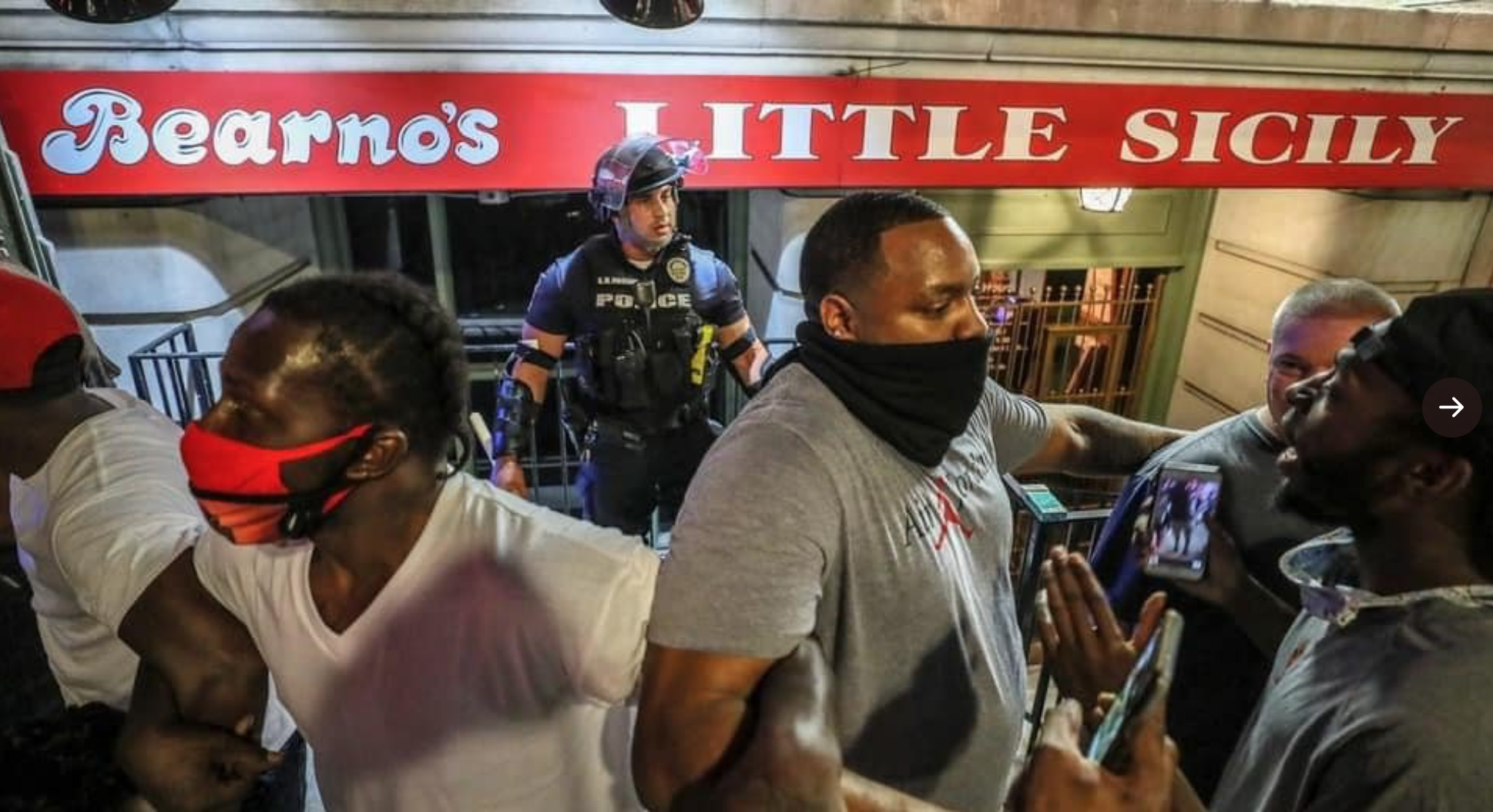 Other instances are of peaceful Floyd protestors protecting White House police, volunteers coming together to help neighbors clean up their communities decimated by the violent rioters, as well as provide security to protect their neighbors’ businesses from looters.

These people are the ones actually honoring George Floyd’s memory, whom his pastor says was a “Person of Peace.” 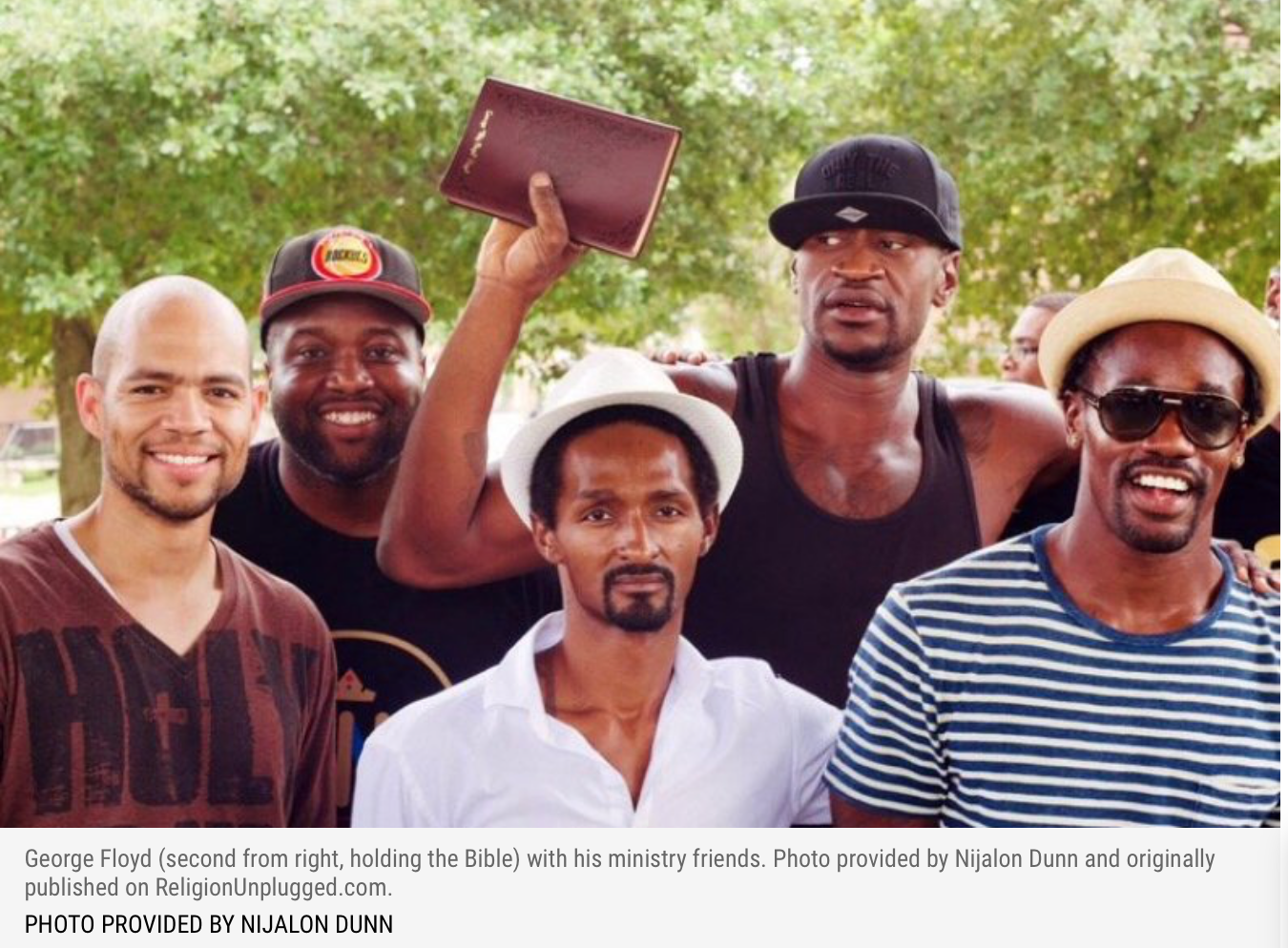 While in Houston, Floyd was engaged in Christian outreach especially in the Cuney Homes housing project that became known as “Church in the Bricks,” and often spoke of breaking the cycle of violence he saw among young people.

The big homie #GeorgeFloyd was the definition of "Be the change you want to see." THIS is the man y'all murdered. #JusticeForGeorgeFloyd pic.twitter.com/D4MXHWUco8

Pastor PT Ngwolo of Resurrection Houston said “George Floyd was a person of peace sent from the Lord that helped the gospel go forward in a place that I never lived in,” and provided a platform for the church to reach neglected and forgotten neighborhoods.

As the violence and crimes being committed in his name continues to destroy all that Floyd had stood for and dishonors his memory, his family is condemning the violence.

Floyd’s fiancée Courteney Ross said she is “heartbroken” by the riots and that this would “devastate” Floyd as she called for peaceful protests.

However, while her pleas may resonate with some of the rioters, it is unlikely Antifa anarchists with their goal of overthrowing the government, would heed her calls or honor Floyd’s legacy against violence.