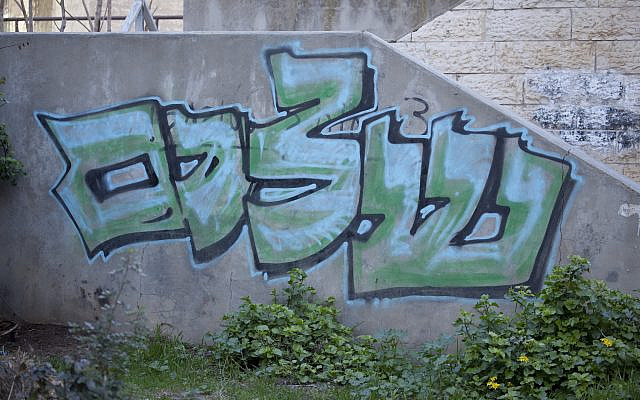 Pinchas is synonymous with zealotry in the name of God. And that is scary. Throughout history, zealotry has led to violence: murderous attacks, lethal Crusades, and horrific acts of terror, all done in the name of God. Such actions have destroyed innumerous individuals, cultures, and communities, and have raised profound questions as to the morality and values of the religions that could promote such behavior.

And while such behavior has been quite rare among the Jewish people, it is exactly this zealotry that singles Pinchas out for praise. After having taken up a spear and stabbing to death an Israelite man and Midianite women who were publicly engaging in sexually immoral behavior, God lauds Pinchas for his actions: “Pinchas, son of Eleazar son of Aaron the priest, has turned back My wrath from the Israelites for being zealous on My behalf among them” (Numbers 25:11).

It appears, then, that God endorses such zealotry. This conclusion, however, is overly facile. A closer look at the verses reveal that Pinchas’s reward was not more of the same, not that he should embody or exemplify zealotry, but rather one of a different type of behavior: “I grant him My covenant of peace.’” The covenant, the defining relationship between this warrior and God, is not violence, but peace.

And yet, this covenant was given to him “because he has acted zealously for God.” How are we to make sense of that?

It seems that, from the Torah’s perspective at least, violence is sometimes required to defend God’s honor. Just consider the Levites gathering around Moses, swords drawn, immediately after the sin of the Golden Calf. Such acts are seen as ways of staving off even more disastrous and lethal Divine retribution: “And I did not destroy the Israelites in My anger.”

This may still leave many of us deeply disturbed and feel that it has not solved the problem of violence in the name of God. And perhaps it hasn’t. What is critical to note, however, is that even from the Torah’s perspective, this was only justified in a world where God strikes people dead because of their disobedience. Once we have left that world behind, there would never be any justification for killing in God’s name.

Which brings us back to the covenant of peace. The Torah here is proclaiming loudly and clearly that violence, even on God’s behalf, even when it was seen as necessary, is not the way. The true religious path, the very covenant with God, is one of peace. To cultivate a religious personality is to live a Godly life, one of morality and ethics. There is no covenant of zealotry. There is only one of peace.

It is noteworthy that the Sages rule that acts of zealotry–even in the case of Pinchas–can never be condoned by the law. Zealots are always acting in contravention of the law. The Talmud Yerushalmi (Sanhedrin 9:7) even reports that the Elders at the time said that Pinchas had committed murder. The Bavli states that, had Zimri, the Israelite who was slain by Pinchas, taken up arms against him and killed him in self-defense, he would have been exonerated, for at that moment Pinchas was coming to murder him. The law is about preserving peace and protecting human lives. It has no place for zealotry, for acts that destroy lives and shatter the structures of society.

This covenant of peace bore fruit. After the conquest of the land of Israel, the tribes on the eastern side of the Jordan River built their own altar, which almost provoked a civil war. Pinchas was sent to broker a peace between the tribes, and because of his diplomacy, war was averted (Joshua Ch.22). The evolution of Pinchas here is quite compelling: The young warrior has turned into an elder diplomat. It was only at this moment, the Talmud tells us, that Pinchas became a priest, a true leader of Israel.

A life of religious zealotry may be an intense and passionate experience for the one living it. But it is a destructive life for others, for society, and ultimately for the person herself. It is in this parsha of zealotry that we are told that the covenant with God is one of peace. This is how one achieves deep meaning and fulfilment, how one partners with God to promote and protect life and society. Blessed are you, God, Who blesses his nation Israel with peace.