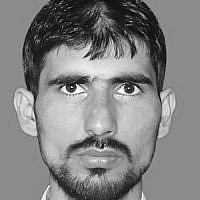 While, Trump assumes the US’s intervention in Middle East for the decades under his predecessors, unnecessary and unproductive, the John Bolton — National Security Adviser —  right now appears as the most dangerous man, because of arguing to hit Iran.

The current escalated tensions between Washington and Tehran, is more about the way US would approach the Middle East than the Pentagon’s decision to go for a full-fledge war for an unknown timeframe.

In the worst-case scenario, if war is to opt, then more than US, the Saudi-Arabia and Israel would be the war’s beneficiary. US-Israel’s quid pro quo, against Iran, is while economical for the former while ideological for the later. The similar is in the case of US-Saudi-Arabia.

US-Iran tension is also on the radar of China and Russia. US has already been in a trade war with China, while it may emerge to a “new cold war”, which may align the world into financial bipolar form. Here’s where a new equilibrium may be set up.

What if, the cold war, could convert to a war. Outrightly, the one US and the two wars—one against Russia and China, and other against Iran. However, this is not likely that either Russia or China may intervene, in the case US-Iran war. Contrarily, if there US-China or US-Russia War, Iran would intervene and would strongly.

Engaging both China and Russia into a single combine war or separate two, is not into the control of Pentagon. However, either China or Russia, can made a coalition against US.

At this point US war’s doctrine might be best for Pentagon, Israel and Saudi-Arabia but worst for Trump’s regime. If Trump wants a second term into America, then he must abolish such war doctrine.