My first ticket to freedom and international adventure came when I was 23 in the form of a little blue booklet embossed with a bald eagle. While I haven’t traveled as widely as many of my colleagues, my passport did not gather dust. It got me to Canada and France, the Netherlands and UK, Italy, Russia, and Burkina Faso. Sadly, Israel is not on the list. At least not yet.

But before I traveled to Burkina Faso, an artistic hub of West Africa, I had to acquire a canary yellow card proving I had been inoculated against yellow fever and typhoid. It was a small price to pay for one of the most extraordinary adventures of my life.

Now I’m eager for another passport – a vaccine passport – so I can get back to life’s more ordinary adventures—like haircuts and yoga.

Israel was the first country to implement this concept, a digital certificate that admits people to public spaces and performance venues and enables them to travel among others who also have been vaccinated against coronavirus.

There are ethical implications, of course. Some question whether this will open the door for other medical information to get into the wrong hands. Not everyone can get the vaccine as soon as others. My husband and I are prime examples of the latter. As neighbors and colleagues get stuck, we are both jealous and genuinely happy for them. Our jobs do not require us to leave the house and risk exposure. Essential workers who cannot get a shot must take that risk every day.

Sadly though, now that the Biden administration is looking into a similar passport system, those are not the concerns raised by opponents. Instead, the condemnations have turned into a gross manipulation of Holocaust history.

The Libertarian Party of Kentucky asked if the passports would be yellow, shaped like a star, and sewn on clothes, prompting reproach from Kentucky Gov. Andy Beshear.

But perhaps the most surprising and hence the most troubling tweet was from former U.S. envoy to Germany Richard Grenell, a member of the Holocaust Memorial Council in Washington D.C. and a friend of American Jewish Committee, who in the past has demonstrated sensitivity about the security of Jews. He’s also displayed a keen awareness when it comes to the security of Israel where, I repeat, the concept of the passport originated in the first place. Not Nazi Germany.

“Never compare the Holocaust to anything. Ever.” That’s what he tweeted in 2019 when Congresswoman Alexandria Ocasio Cortez described migrant detention centers at the border as “concentration camps.” Whether you agree or disagree with that comparison is not my point here.

This week, Ambassador Grennell tweeted an image of and a reference to the movie “Inglorious Bastards.” “You’re hiding unvaccinated people under your floorboards, aren’t you?” he tweeted, and urged his audience to “Speak up now.”

My husband and I continue to wait our turn for the coveted injection, and we grow less patient with every day that we can’t get an appointment. But once we do score a jab, we know we are not completely out of the woods and neither are the people with whom we share this world.

We live in New Jersey, which right now has the highest rate of infection in the U.S. Scientists are still studying whether those who are vaccinated can pick up the virus and transmit it to others, which is the last thing we want to do. We will continue to wear masks, but a vaccine passport also would reduce the chances of that spread as we get back to life.

The U.S. is bracing for a fourth wave of this virus. A fourth wave. I want that vaccine soon. And if the U.S. adopts a passport system, I want one of those too so my family can start enjoying life safely again.

Then, once the pandemic ends, my children and I will apply for their international passports. Unlike me, they won’t wait to turn 23. The world beckons. Iceland, Italy, Israel, here we come.

A version of this piece originally aired April 1 on People of the Pod, a podcast about global affairs through a Jewish lens by American Jewish Committee.  In the same episode, the author interviewed filmmaker Martin Doblmeir on his new documentary Spiritual Audacity: The Abraham Joshua Heschel Story. Listen here. 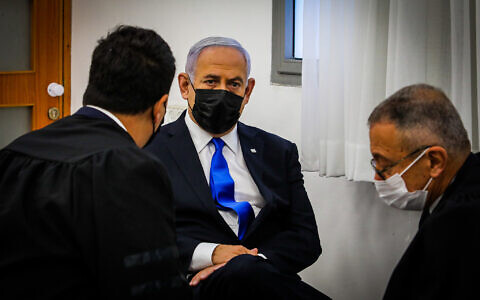