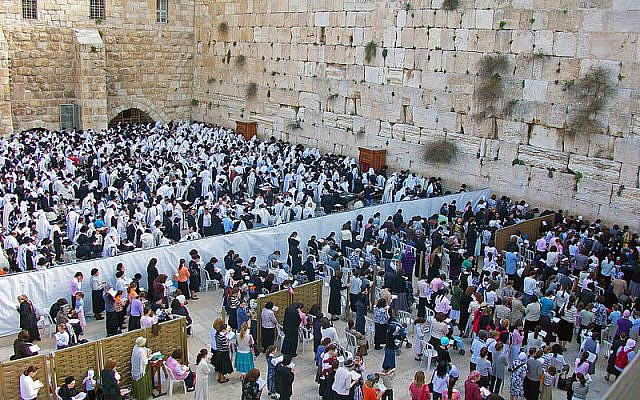 When a very pregnant Rivka consulted with the prophets Shem and Ever to find out what is in store for her unborn child, she was informed that she was actually carrying twins. The prophet cryptically spoke about her future sons Jacob and Esau: “Two nations (goyim) are in your stomach, and two nations (leumim) shall separate from your innards, and one nation (leom) will be stronger than the other nation, and the greater will serve the younger” (Gen. 25:23). In this one verse there are three different words used which mean “nation” and, of course, the Hebrew word am also means “nation”.

Rashi (to Ps. 2:1) writes in the name of Rabbi Menachem Ibn Saruk (920-970) that leomim, umim, and goyim are all words which bear very similar meanings. Rabbi Wolf Heidenheim (1757-1832) infers from Rashi’s comment that these words are not true synonyms that mean the exact same thing; rather, they have slightly different, nuanced meanings. What do all these words for “nation” really mean and what is the difference between their implications?

In his commentary to Psalms, Rabbi Yoel Ibn Shuaib (a 15th century Spanish commentator) writes that goy refers to a nation that is not united under one king (like the Phillistines who were ruled by a pentaverate comprised of five leaders, see Josh. 13:3), while the words umah/leom refer to a nation united under one king. Similarly, Rabbi Heidenheim explains that the word goy refers to a conglomeration of people who are not necessarily united or connected to each other in any concrete way. The word am, by contrast, refers specifically to a group of people who are united by way of a singular leader, king, or G-d/god. According to this, every am is also a goy, but not every goy is also an am.

Following this basic approach, Malbim further explains that the word goy is a more general and vague type of nation, while the word am denotes a smaller, more specific type of nation. For this reason the Jewish people are generally referred to as an am (Am Yisrael is “the Nation of Israel”), while other nations of the world are referred to as goyim (“nations”). The only exception, Malbim notes, is that when the Bible wants to focus on the multitudes of the Jewish population it will sometimes use the word goy to refer to the Jewish People simply because that word is more associated with greater numbers than the word am is.

Malbim further explains that the word goy is related to the word gviah (body), and in its crudest form refers to simply a collection of “bodies” who are joined together as one unit. There are four possible reasons why these individuals might unite: geographical considerations, linguistic affinities, genealogical realities, or simply the desire to enter a political union. Each of these types of groups — people who live together, people who speak the same language, people who are descendants of the same tribal patriarch, and people who agreed to unite — is called a goy. They are united by a “marriage of convenience”, as no other goals or values really unify them. The word am, on the other hand, is specifically related to the concept of sovereignty and authority. Thus, a nation described as an am can only be a nation that is united under a singular king — not a group of people who join together for any other reason.

Based on this, Rabbi Yaakov Tzvi Mecklenburg (1785-1865) and Malbim explain why the Bible almost never conjugates the word goy in the possessive form, but does do so for the word am. The word goy is simply a loose confederation of people who decided to join together, but cannot be attributed to one specific leader/king. In contrast, the word am by definition refers to a group of people ruled by one king. Therefore, the word am can and does appear numerous times in the Bible in the possessive form as belonging to its king (amcha is “your nation”, ami is “my nation”, amo is “his nation”, etc.). In the case of the Jewish People, that possession almost always belongs to G-d.

Rabbi Wertheimer argues that an am is a group of like-minded individuals who act similarly. For this reason, the Bible says about the day the Jews accepted the Torah “On this day, you became a nation (am) to the L-rd, your G-d” (Deut. 27:9). This also explains how a swarm of grasshoppers can be called an am (Joel 2:2), even though locusts are not united under a single king, as explicitly noted in Proverbs 30:7. (Nonetheless, see Biur HaGra to Isa. 1:4 who writes that goy denotes people who share a common manner and am simply denotes a mass of individuals.)

Rabbi Heidenheim approvingly cites an interesting point made by Rabbi Shlomo Pappenheim of Breslau (1740-1814): the word am is spelled the same as the word im (“with”), as both are spelled AYIN-MEM. This indicates that the word am represents a stronger connection between the members of the nation than does the word goy because the word am is related to the word for “with”.

Based on the Midrash (Bereishet Rabbah §63:27), Malbim explains that the word leom refers to a group of people joined by a common religion. He explains that the term leom can be more inclusive than the word am because sometimes multiple kingdoms might share the same religion. Rabbi Wertheimer says a leom is united by either a common king (as Rashi and Targum to Gen. 25:23 translate leom as kingdom) or a common religion. Rabbi Yehuda Leib Edel (1760-1828) writes that the word leom or om (as it is used by some post-Biblical poets) refers to a family or tribe within a greater nation. It is thus probably related to the Hebrew word em and the Aramaic word imma which mean “mother”.