“And Judah approached (vayigash) him [Joseph] and said, ‘Please my lord, let now your servant speak something to my lord’s ears, and let not your wrath be kindled against your servant, because you are like Pharaoh.” (Genesis 44:18). 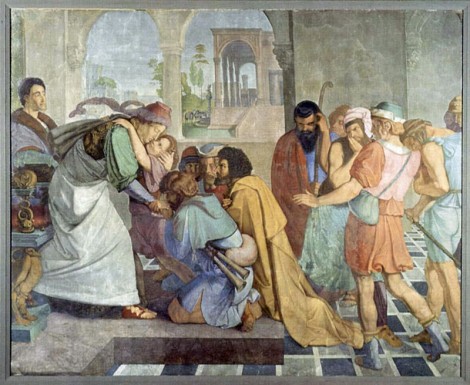 They know quite well that wrath and other negative qualities are the result of love’s absence in our lives. God’s love is the only truth, and it is through truth that we cleave to Him. In this episode of the Torah’s narrative it is essential to make truth prevail in order to clear negative thoughts, emotions, feelings, passions and instincts.

Joseph, as the epitome of love’s ways and attributes, can’t allow his brothers to continue bearing cruelty, jealousy and envy in their hearts. He has to make sure that they are totally cleared from the dominion of ego’s negative trends. Then Judah proves to Joseph that he is willing to give his own life for the sake of his youngest brother, as well as for his other brothers for the sake of the unity of Israel:

This ultimate proof of love among their brothers is indeed the unity that the children of Israel need to forge permanently in order to be able to embrace God’s love. The louder voice of this bond can be heard as the ruler of all, including ego’s domains: “And he [Joseph] wept out loud, so the Egyptians heard, and the house of Pharaoh heard.” (45:2). 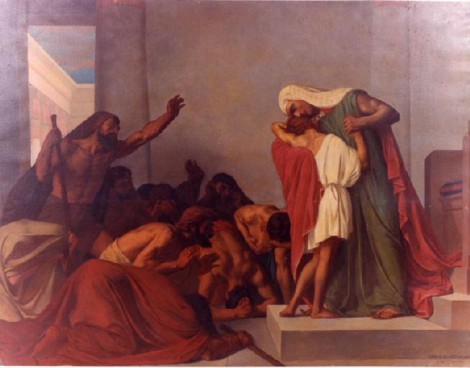 “But now do not be sad, and let it not trouble you that you sold me here, for it was to preserve life that God sent me before you.”, “And God sent me before you to make for you a remnant in the land, and to preserve life for you for a great deliverance.” (45:5, 7). Joseph’s love is already free from negative traits because God’s love, the spirit of God, is with him. This is love that creates, sustains and preserves life, and also delivers us from ego’s materialistic desires when we cry out loud to the Creator.

This is the great deliverance, the exodus from Egypt foreseen by Joseph and told to his brothers. Again, love reaffirms its prevalence over all aspects and dimensions of consciousness, including ego: “And now, you did not send me here, but God; and He made me a father to Pharaoh, a lord over all his household, and a ruler over all the land of Egypt.” (45:8).

Though we believe in our Creator and His love as our sustenance and redemption, we fear the gross materialism of darkness and the mirages, fantasies and illusions in which we are trapped when love is absent in our consciousness. Consequently, we have to trust God’s love in addition to being faithful to Him. It is indeed easier to have faith in the Creator than to trust Him.

We believe that He is our sole provider, and even though we are fully aware of His constant sustenance for us, we still trust more the power of money than His providence. Our fear of lacking the material resources to ease our basic needs is more powerful than our trust in His deliverance:

“And He said, ‘I am God, the God of your father. Do not be afraid of going down to Egypt, for there I will make you into a great nation. I will go down with you to Egypt, and I will also surely bring you up again, and Joseph will place his hand on your eyes’.” (46:3-4) because love opens our eyes to God’s ways and attributes.

This is the predicament of Israel’s spiritual mission in terms of his relation to the material world: a life of struggle with the limitations of physicality, the rigors and perils of nature, and the material difficulties we face and must overcome in order to secure our survival and well being as individuals and as a nation. 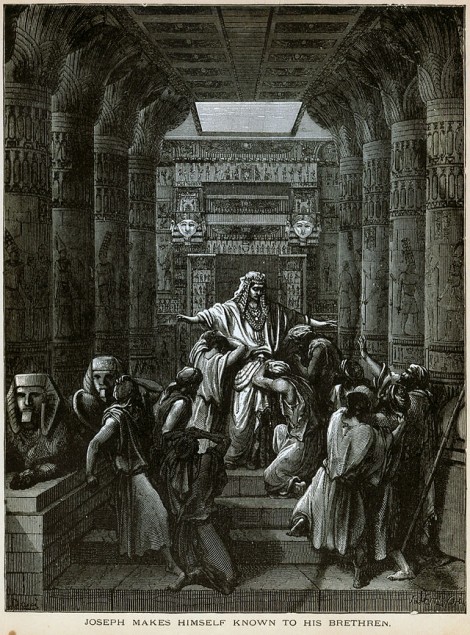 This predicament is the limiting “few” in our lifespan, while the “miserable” (lit. “evil”) refers to the negative traits and aspects of human consciousness that we have to confront and battle every moment. These are ego’s fantasies, negative illusions and lower desires that challenge our free will in every decision we make.

Although there is a feeling of sadness and pessimism in Jacob’s answer to Pharaoh, it is so when we have to confront ego’s illusions for the sake of revealing the truth, the light, God’s love concealed in the darkness of those illusions.

“And Israel dwelt in the land of Egypt in the land of Goshen, and they acquired property in it, and they were prolific and multiplied greatly.” (47:27). The divine prophecy is fulfilled and Israel develops and expands the horizon of his consciousness taking advantage of the positive potential that ego can reach amid the perils and dangers of losing his true identity as the chosen people.

In parshat Mikeitz we learned that ego has two sides and two faces as part of the duality we face in the material world in order to exercise free will. Also, as we have mentioned before, all in Creation is filled with God’s love, which is also concealed in what we perceive as dark or negative. Ultimately God’s love will be fully revealed and it’s up to us to fulfill this ultimate reality.

We can do it if we choose to see the light that is concealed in darkness by having a positive attitude toward life, and embracing love as the truth that can ease the negative thoughts, emotions, feelings and passions in which we seem to be trapped. Pain, suffering, anger, sadness, depression and the lower expressions of consciousness can only be redeemed by allowing love to lead every aspect of life.