Keep thy smooth words and juggling homilies for those who know thee not. -Lord Byron

Joseph has finally sprung his trap, while his brothers still haven’t discovered that he, the Viceroy of Egypt, is their long-lost brother. Joseph got them to bring brother Benjamin to Egypt, and he had incriminating evidence placed among Benjamin’s belongings. The brothers, not realizing they were being set up, had brazenly declared that if Joseph’s men would find the thief in their midst, the thief would be put to death and the rest of them would become Joseph’s slaves.

When the stolen goblet is found in Benjamin’s possessions, the brothers realize they are in big trouble. Joseph, however, presents himself as a magnanimous judge. He states that only the thief himself will become his slave, while the rest of the brothers are free to return home.

This is the situation in which Judah steps forward and asks for a private audience with the Viceroy. Judah recounts the recent history, of how the Viceroy had insisted on Benjamin coming to Egypt, despite pleas that their father Jacob’s life was highly dependent on Benjamin’s wellbeing. If anything untoward were to happen to Benjamin, it would almost certainly kill their father Jacob.

The Bechor Shor on Genesis 44:32 reads an accusatory statement in Judah’s plea to the Viceroy. He explains that Judah is saying that the Viceroy’s magnanimity is ultimately false. The Viceroy is only pretending to be generous by saying the other brothers are free to go, while only Benjamin will remain enslaved. While the Viceroy seems to be saying that the other brothers are likely innocent and there’s no need for them to be punished, in effect, by enslaving Benjamin and separating him from their father, the Viceroy will be killing Jacob, who is completely innocent. How can the Viceroy justify the exoneration of people who may have been accomplices to the crime, while he inflicts a fatal punishment on Jacob, someone completely innocent?

At that point, Judah offers himself to be a slave to the Viceroy instead of Benjamin, in order to save Jacob’s life. Moved by Judah’s valiant gesture, the Viceroy finally reveals himself to be Joseph. The brothers are shocked into silence, and the process of family reconciliation can begin.

May our family reunions be less duplicitous than that of our ancestors.

To Israeli politics. Never, ever boring. 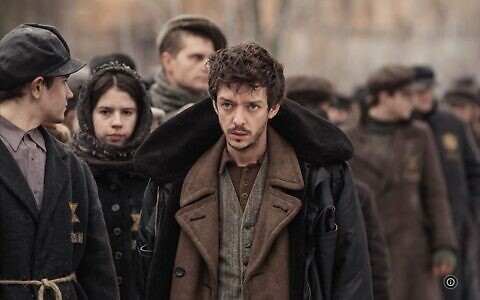 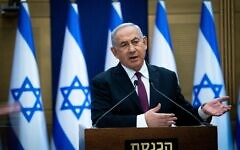