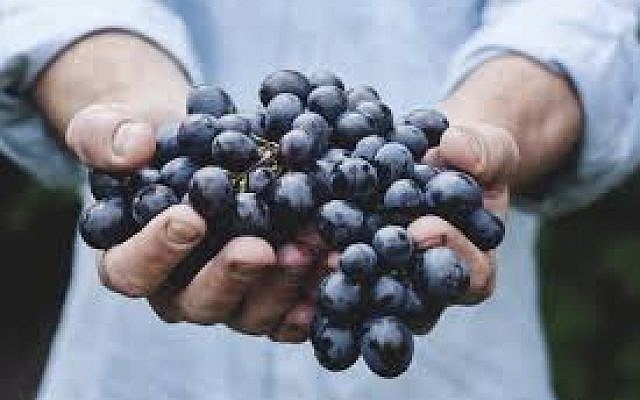 The secret of making something work in your lives is, first of all, the deep desire to make it work: then the faith and belief that it can work: then to hold that clear definite vision in your consciousness and see it working out step by step, without one thought of doubt or disbelief. -Eileen Caddy

The Book of Leviticus and the Torah portion of Vayikra launches a long list of a variety of sacrifices that can and should be offered in the Tabernacle (and later on, in the Temple).

The Berdichever examines some of the deeper aspects of the symbolism of these sacrifices. The typical sacrifice is made up of more than one element. There’s the animal that is sacrificed, which is the most massive, substantive and expensive part of the sacrifice ritual. A relatively minor and often overlooked aspect of the sacrifices are the accompanying wine libations.

These two aspects of the sacrifice reflect two different ways that God bestows blessings on us. The first aspect, the massive aspect of the living creature being offered, represents Gods kindness to us based on His complete benevolence, disconnected from anything any of us mortal beings may or may not have done. Just as we had really nothing to do with the creation of the animal, we have nothing to do with that aspect of God’s lovingkindness in our lives.

The second aspect, the aspect of the wine libations, represents the fact that God will also reward us for our actions. Getting wine requires a significant amount of human effort: plowing the field, planting the vines, tending the vineyard, gathering the grapes, pressing them and storing the resulting liquid are just a few of the needed steps to create wine. Just as we get wine from serious effort, so too, there is an aspect of God’s goodness and bounty which is a direct result of our own efforts. Wine symbolizes the plenty which God bestows upon us.

There is a specific, intrinsic connection between wine and celebration. Ritually, we only “sing” and celebrate with wine. Wine represents the abundance which God gives us due to our work, to our own efforts, and there are few things that are as joyous to a person as receiving a justly earned reward. Hence, the appropriateness of celebrating specifically with wine.

May we work and do what we’re meant to do and taste the sweet fruit of our labors.

To the Young Israel of Century City, for a beautiful Shabbat.