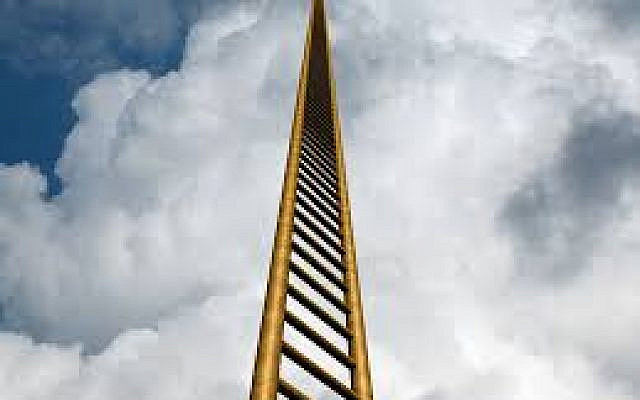 A “messenger of G-d” refers to either an angel or a prophet, but what about a “messenger of Jacob”? When Jacob sent a message of peace to his older, belligerent brother Esau (Gen. 32:4), the Torah says that he sent Esau malachim (“messengers”). While the word malach in Hebrew may mean “messenger”, it also means “angel”. In fact, the Midrash (Bereishet Rabbah §75:4) records a disagreement amongst the Sages whether Jacob sent angelic messenger to his brother, or whether he sent human messengers. (Rashi adopts the former stance.) Nonetheless, there is another Hebrew word which means “messenger”— shaliach. Although the word shaliach never appears in the Bible, it is clearly a conjugation of the Biblical root word shlach (“send”). In this essay we will explore the difference between the two ostensibly synonymous words — malach and shaliach.

Radak in Sefer HaShorashim writes that the root of the word malach is LAMMED–ALEPH–CHAF and that the letter MEM at the beginning of the word is not part of the root. This understanding is somewhat perplexing because there is no other Hebrew word with such a root. Nonetheless, archeology has proven Radak correct. Texts found at the site of the ancient city Ugarit (in modern-day Lebanon) are written in a Semitic language (known by linguists as Ugaritic) that closely resembles Hebrew. In that language the root of the verb for “sending” is not SHIN–LAMED–CHET (e.g., shlach) like it is in Hebrew, but the root is LAMMED–ALEPH–CHAF, the exact root which Radak claims is at the heart of the word malach!

In an approach similar to Radak’s, Rabbi Shlomo Pappenheim of Breslau (1740-1814) writes that the root of the word malach is LAMMED–CHAF — lech, “go”. According to these understandings, the difference between malach and shaliach is not really in the roots of the words, because “go” and “send” are essentially the same. The difference, then, must lie in the nature of the mission on which the messenger is sent.

To this effect, both Rabbi Pappenheim and the Malbim explain that the word malach is only used to denote an agent charged with doing the type of mission which the sender would do himself. It is not necessarily a sign of subservience to be a malach. The malach is sent only on prestigious assignments and, in a way, attains a position of honor. The Malbim adds that a malach is not required to report back to whoever sent him.

Based on this primary meaning of the term, malach is also applied to angels whom G-d sends for various important undertakings, some of which involve commandeering the laws of nature to perform miracles or to relay messages to prophets. In fact, Gersonides, throughout his commentary to the Bible, consistently tries to explain that every malach mentioned is a prophet, not an angel (see also Maimonides’ Guide for the Perplexed 2:6 for his view of “angelogy”.)

Rabbi Yaakov Tzvi Mecklenburg (1785-1865) writes that the word malach is related to the Hebrew word malachah (“creative labor”) because a malach is an agent — whether angelic or not — who carries out a certain task on one’s behalf. Though the comparison between these two words is not readily understood, Rabbi Samson Raphael Hirsch (1808-1888) offers a penetrating insight: The word malachah denotes the thinking man’s ability to bring his ideas into reality through creative work, while malach is the personification of the thinking man’s ability to use a proxy to realize his ideas. He also writes that the word malach sometimes refers directly to G-d because He constantly engages in the malachah of creating the world. According to this approach, shaliach simply denotes a messenger, while malach denotes the messenger’s role in replacing the one who sent him.

Rabbi Yaakov Lorberbaum of Lissa (1760-1832) explains that a shaliach is somebody who is given a choice about whether or not he will accept his mission and — should he choose to accept it — when he executes his mission he is acting of his own volition. Sometimes, G-d employs such angelic forces to do His bidding and, based on their different tasks, they are given different names. Two categories of such angelic forces include a malach, which carries out benevolent missions, and a mashchit, whichcarries out malevolent missions. According to this approach, a malach is a type of shaliach.

Another, less common, word which appears to be synonymous with shaliach is tzir. This word appears fewer than ten times in the Bible. The Vilna Gaon (in his commentary to Proverbs 13:17) implies that a tzir is specifically an agent who had been used many times (e.g., a professional courier), thus slightly differentiating between that word and shaliach. The truth is that the word tzir is always used to refer to a messenger in a diplomatic setting (e.g., an envoy, ambassador, or attaché). Rabbi Pappenheim explains that the word tzir refers to the idea of attaching distant (political) entities. He finds other examples of words related to tzir that refer to the concept of connection. The Malbim explains that a tzir is a messenger whose job is not simply to relay a message for his dispatcher, but also to report back to him.

In Aramaic, there are two words that mean “sending”: shagar (whose primary meaning seems to be “flow”) and shadar. The Modern Hebrew word shagrir (“ambassador”) is derived from the word shagar. Shadar entered the Hebrew vernacular in a conceptually-related way as a contraction of the phrase, shaliach de’rabanan (“emissary of the rabbis”). That term was used to describe rabbinic envoys charged with collecting charitable donations on behalf of public institutions. In Modern Hebrew the word shadar means to broadcast a message in the context of radio and/or television.