This week Hannah Szenesh would have celebrated her 100th Birthday.  Instead, 77 years ago Hannah entered eternity.  She was a visionary poet who felt that she had been chosen for a special mission, Hannah left kibbutz Sdot Yam, which she had helped to found, and parachuted into Nazi-Occupied-Europe in an attempt to rescue her fellow Jews, including her mother, trapped in her native Hungary at the tail end of the war. She was caught, imprisoned, tortured and killed by Hungarian Fascists at age twenty-three.  The renowned historian, Sir Martin Gilbert, best answers the question of whether her mission, and that of her 36 compatriots, was a success.  Gilbert noted that:

Hundreds of millions of Europeans were captive peoples and here was this little group who said we are going to try and do something. 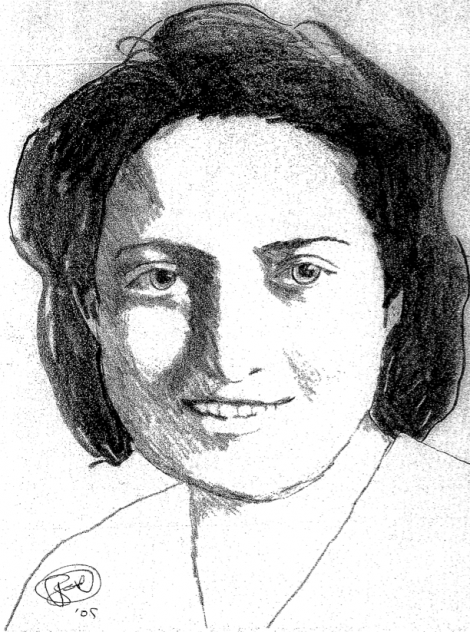 This week, to honour what was the only military rescue mission of Jews in WWII and Hannah’s birth 100 years ago, a delegation more than 140 Israeli paratroopers, together with soldiers from the Hungarian, Croatian, Slovenian and British militaries, participated in a parachute jump, named “Barak Hashamayim” (“Lightning of the heavens” from the words of her famous poem, “Walking to Ceasarea“) at the same place Hannah and her compatriots from the Yishuv (Pre-state Israel) parachuted into what was then Yugoslavia in 1944.  The delegation then continued to Budapest and met with Jewish and Hungarian leaders and learned more about Hannah and her background, as well as visiting the Shoe Memorial on the Danube River dedicated to the Jews murdered by the Hungarian Fascist Arrow Cross, and the site of Hannah’s original internment in the Jewish cemetery in Budapest. 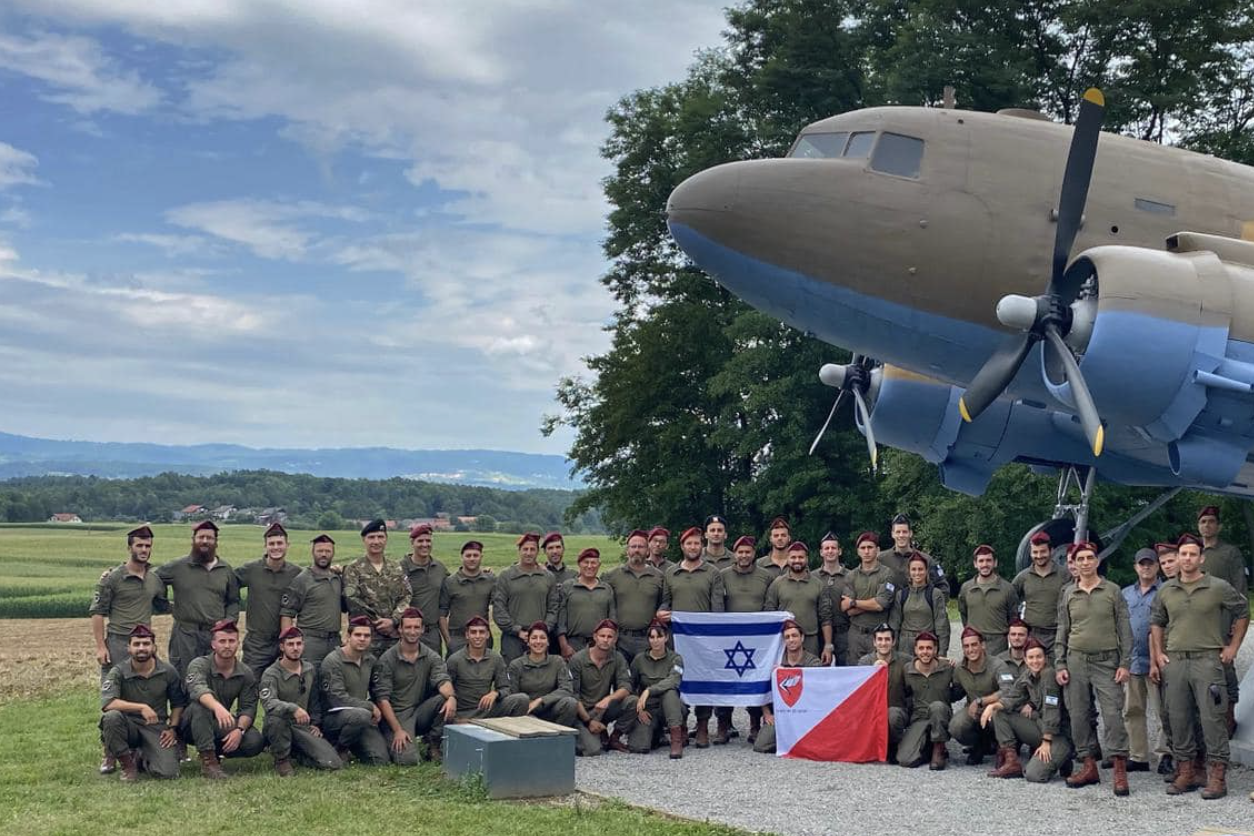 One of the participating IDF Paratrooper officers, Elhanan Gigi, shared with me his feelings told about being part of the IDF delegation to honour Hannah Szenesh, and her compatriots from the Yishuv, on the 100th anniversary of her birth.  He said,

The feeling of parachuting in Europe in the name of the State of Israel and in memory of the Jewish men and women from the Yishuv who went to help their brothers was extremely powerful and emotional.  We felt as if we were participating in a historical event. It is very powerful to march in an IDF uniform with an Israeli flag in the forests and villages that the Partisans fought against the Nazis and to learn about the heroism and the glorious history and tradition that Paratroopers from the Yishuv have bequeathed us with.

The fact that Hannah’s mission even took place was a success itself.  From its conception it was a poetic, almost romantic, plan: that this small group of young Jews from the Yishuv would attempt to try and stop the Nazi juggernaut.  Rather than stay in their comfort zone in the safety of the Land of Israel, these youngsters volunteered to enter the iron furnace of Nazi-occupied Europe in an attempt to try and help and forewarn their Jewish brothers and sisters.  Shockingly, their mission was the only Allied military rescue attempt for Jews of the entire war!  On paper their mission might be classified as a failure, but Hannah and her fellow volunteers understood that to sit by and do nothing would be even worse.  Just talking about the mortal threat of European Jewry was not enough – action was necessary!  They understood the power of the individual to lead by example and to try and change the world for the better.  In the words of the Mishnaic sage Rabbi Tarfon:

It is not up to you to finish the work, but neither are you free to desist from trying.

This is why Hannah, and her fellow Jewish mission members, continue to serve as role models for our youth!  It takes just one small match to light up the darkness.  In that darkest night of the Jewish people, during the Holocaust of our people, Hannah’s selfless actions can best be summed up in her own words, in the last poem she wrote before she crossed into occupied Hungary:

Blessed is the heart with strength to stop

its beating for honour’s sake.

Blessed is the match consumed

Last week I visited the grave of Hannah on Mt Herzl and saw fresh flowers and newly placed stones. Hannah continues to be a role model for youth because of her selflessness and dedication to the Zionist enterprise.  We all know that there are many problems in this world but how many of us get up and do something about it?  Often the voice calls us, but we choose to ignore it.  One of Hannah’s poems she wrote in her brief and peaceful sojourn in the Land of Israel starts:  “A voice called, and I went.  I went because it called.” The example of these idealistic youths is needed more than ever today.  She only lived 23 years, but she managed to do so many things in that short time, as if she knew that would be her destiny.  May her memory and deeds serve as an inspiration and a blessing.

“There are stars whose radiance is visible on Earth though they have long been extinct. There are people whose brilliance continues to light the world even though they are no longer among the living. These lights are particularly bright when the night is dark. They light the way for humankind.