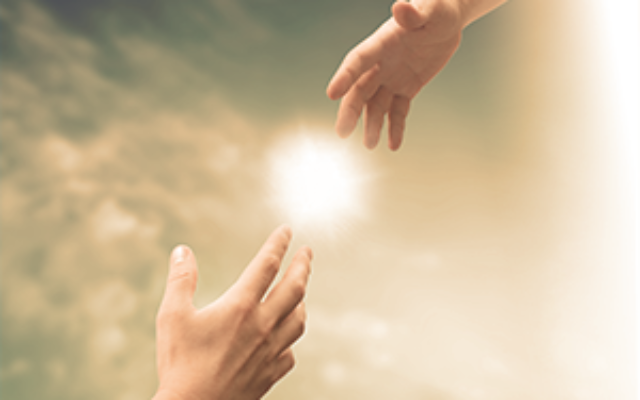 Today, we mark the holiday of Tu B’Av, commonly thought of as Israel’s answer to Valentine’s Day, the holiday of love. The Mishnah explains the significance of the day:

Rabban Shimon ben Gamliel used to say, ‘There were no days more joyful for the people of Israel than the Fifteenth of Av and Yom Kippur, since on these days the daughters of Jerusalem would go out dressed in white and dance in the vineyards. What were they saying? ‘Young man, consider whom you choose (to be your wife)?’”(Mishnah Ta’anit, Chapter 4).

In reality, this day should really be called “the holiday of courtship,” rather than “the holiday of love.” Nor is it a coincidence that Tu B’Av is exactly one week after the fast of Tisha B’Av. Historically, the date corresponds to the day when “the tribes of Israel were permitted to mingle with each other,” namely: to marry women from other tribes (Talmud, Ta’anit 30b). This alludes to a dark chapter described in the Book of Judges (chapter 21): after a civil war between the tribe of Benjamin and other Israelite tribes, the tribes vowed not to intermarry with men of the tribe of Benjamin. On Tu B’Av, this prohibition was lifted, and not only were the tribes allowed to intermarry with the tribe of Benjamin, were also allowed to intermarry among each other.

Do you love me?

“Love” is an abstract emotion, hard to pin down, and notoriously difficult to base a relationship on. Courtship, meanwhile, is very concrete. It’s been said that the Jewish marriage has traditionally been more of a business deal than a romance, and there’s something to be said for this.

In Fiddler on the Roof, when Tevye asks Golde, “Do you love me?” she famously responds with a list of things she has done for him:

For 25 years I’ve washed your clothes
Cooked your meals, cleaned your house
Given you children, milked the cow
After twenty-five years, why talk about love right now?

Ironically — or not — the Torah portion traditionally read during the week in which Tu B’Av falls is Va’Etchanan. Perhaps the most famous Torah verse of all occurs in this week’s parashah: the V’Ahavta — the statement of Israel’s obligations to love God “with all your heart, and all your might, and all your soul.” This paragraph stands at the very heart of Jewish liturgy.

But what can it mean to “love God”? After all, the Torah reinforces again and again that God is incorporeal and totally above anything we can imagine. How are we to love something we can’t imagine? Elsewhere, the Torah itself offers us a hint:

But perhaps, as so often happens in talmudic discussion, the verse reference here is not the obvious one; rather than emphasizing the phrase “to walk in His ways,” we could as easily emphasize “to love the Lord your God.”

All too often, we see the gist of life as “verbal,” “virtual,” “a matter of the heart.” We have lost touch with the deed, with actions, and obligations. Our food comes from the supermarket, not the ground. Similarly, our love is neatly packaged, neatly expressed, and bears no real obligation or responsibility.

But what is love really? How does a father love his children, not in word, but in deed? He educates them. He helps them to grow into their names. He counsels them, even as he allows them to learn from their own mistakes. In short, his love is expressed in good parenting. Do we not have ample examples in our literature and liturgy of God as educator, parent, and counselor? How does a mother love her children? She educates them. She accepts them even with their imperfections. She grieves in their sorrow and rejoices in their happiness. She feeds them and clothes them. Do we not have ample examples in our literature and in our liturgy of God feeding all life, clothing the naked, etc.?  Are we not enjoined to act as God’s hands and eyes in loving and caring for one another?

There is something much deeper than the “declarative love” on which so many modern marriages are built. The deeper love is the love that says: “Even though you are wrong, I will stand by you. Even though you have disgraced yourself and disgraced me in the process, I will not abandon you, even if it means I will be further disgraced by you. I will stand by you and try to educate you because I know that you have it in you to make me proud of you.” That is the love of a parent.

This deeper love is not the declarative sort that sends flowers to the beloved and thinks that it has fulfilled its obligation. Rather, it is the sort that sits beside the beloved’s sickbed in hospital night after night, long after the doctors have given up hope. It is the sort that gives the last of one’s food to another, in full knowledge that he will be dead in half an hour despite all we can do. It is the sort of love that opens its hand to those who strive to return, no matter how far they have wandered.

And so perhaps we can learn something from the odd juxtaposition of Tu B’Av, the holiday of courtship, with this week’s Torah portion, in which Moshe recounts his heartfelt pleading with God to be allowed to enter the promised land. Significantly, the greater part of this week’s chapter consists of Moshe’s pleading with his people to follow the laws that he has transmitted to them, to build a just and well-ordered society, to be constantly cognizant of the precariousness of their prosperity, to remain aware of how easily all could be lost.

His advice to the nation on how to maintain their relationship with God could easily be translated into advice to a couple on how to maintain a successful marriage. Take nothing for granted, Moshe says. Never forget how hard-won are your successes. Never take sole credit for what you’ve made of yourself; no one is a “self-made man.” Practice fairness and justice. Above all, be kind. And never forget how dependent you are on one another.

Or, to put it differently, here is how Golde ultimately sums up the question of whether she loves Tevye.

For 25 years I’ve lived with him
Fought him, starved with him
Twenty-five years my bed is his
If that’s not love, what is?

Indeed, love is an action, not an emotion.

About the Author
Yael Shahar has spent most of her career working in counter-terrorism and intelligence, with brief forays into teaching physics and astronomy. She now divides her time between writing, off-road trekking, and learning Talmud with anyone who will sit still long enough. She is the author of Returning, a haunting exploration of Jewish memory, betrayal, and redemption.
Related Topics
Related Posts